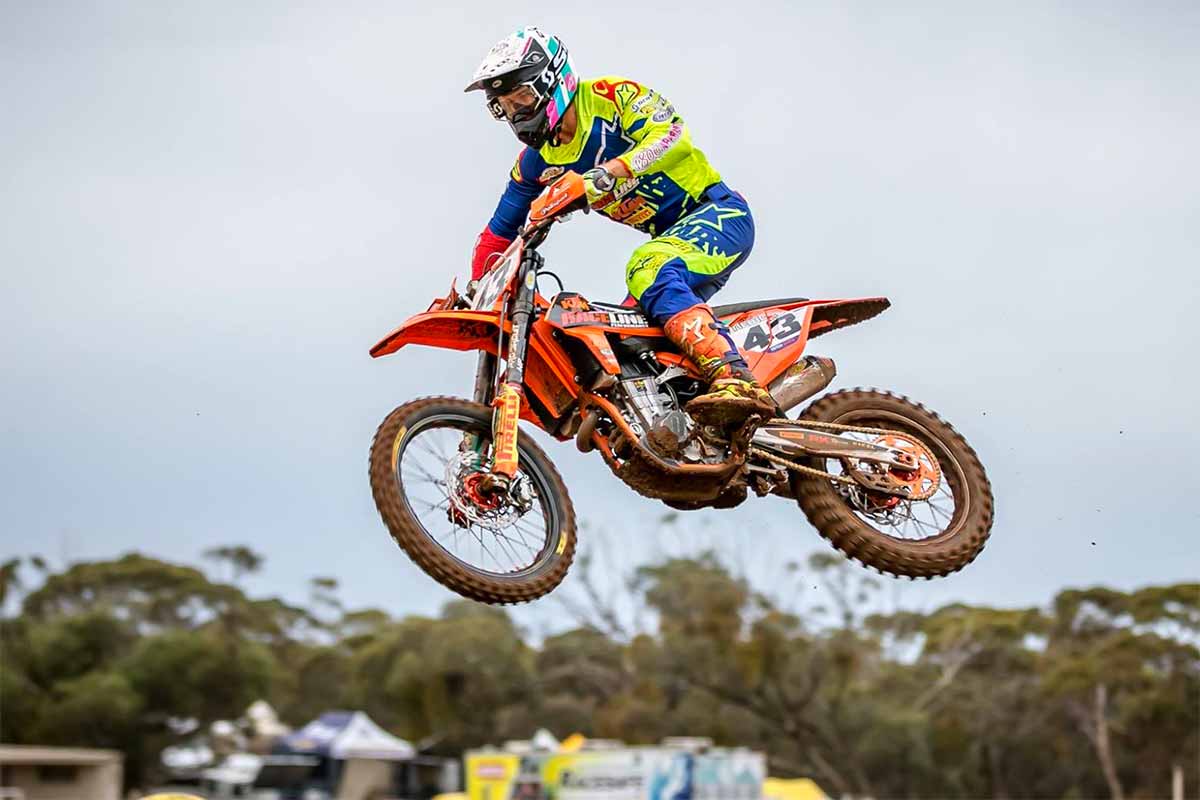 Mitch Evans is in a close battle with Luke Clout for second place in the Thor MX1 standings. Photo: Aaryn Minerds (file)
Raceline Pirelli's Mitch Evans has dropped to third place in the MX1 Championship following round 7 and 8 of the Pirelli MX Nationals at Ranch MX at Raymond Terrace over the weekend.

The weekend‰Ûªs racing schedule was split across two days, with each class racing once on Saturday, then hitting the track for three motos, including two back to back races on Sunday.

With Saturday hosting practice and qualifying, Evans again appeared in Raceline Performance Superpole where he finished in second with a 1:44.662 lap time - then to finish off Saturday‰Ûªs events, Evans charged to an impressive third position in moto one, setting him up well for the remainder of the weekend.

On Sunday Evans managed a sixth in race two, followed by 5-3 results in the back to back motos, handing him a fifth overall for Round 7 and fourth overall for Round 8, only narrowly missing the MX1 podium. With Evan's nearest rival Luke Clout having a good weekend Evans fell to third in the MX1 championship standings with two rounds of racing remaining. While championship Leader Dean Ferris has a huge lead, the battle for the runner up spot close with Evans now only 7 points behind Clout. The duo have a 40 point lead over fourth placed Monster Energy Yamaha rider Dylan Long.

‰ÛÏSaturday didn‰Ûªt start off great, I had a crash in practice and bent everything up and by the time we got everything back together the green flag had come out for qualifying ‰ÛÒ but I managed to do enough and get into Superpole where I finished second,‰Û