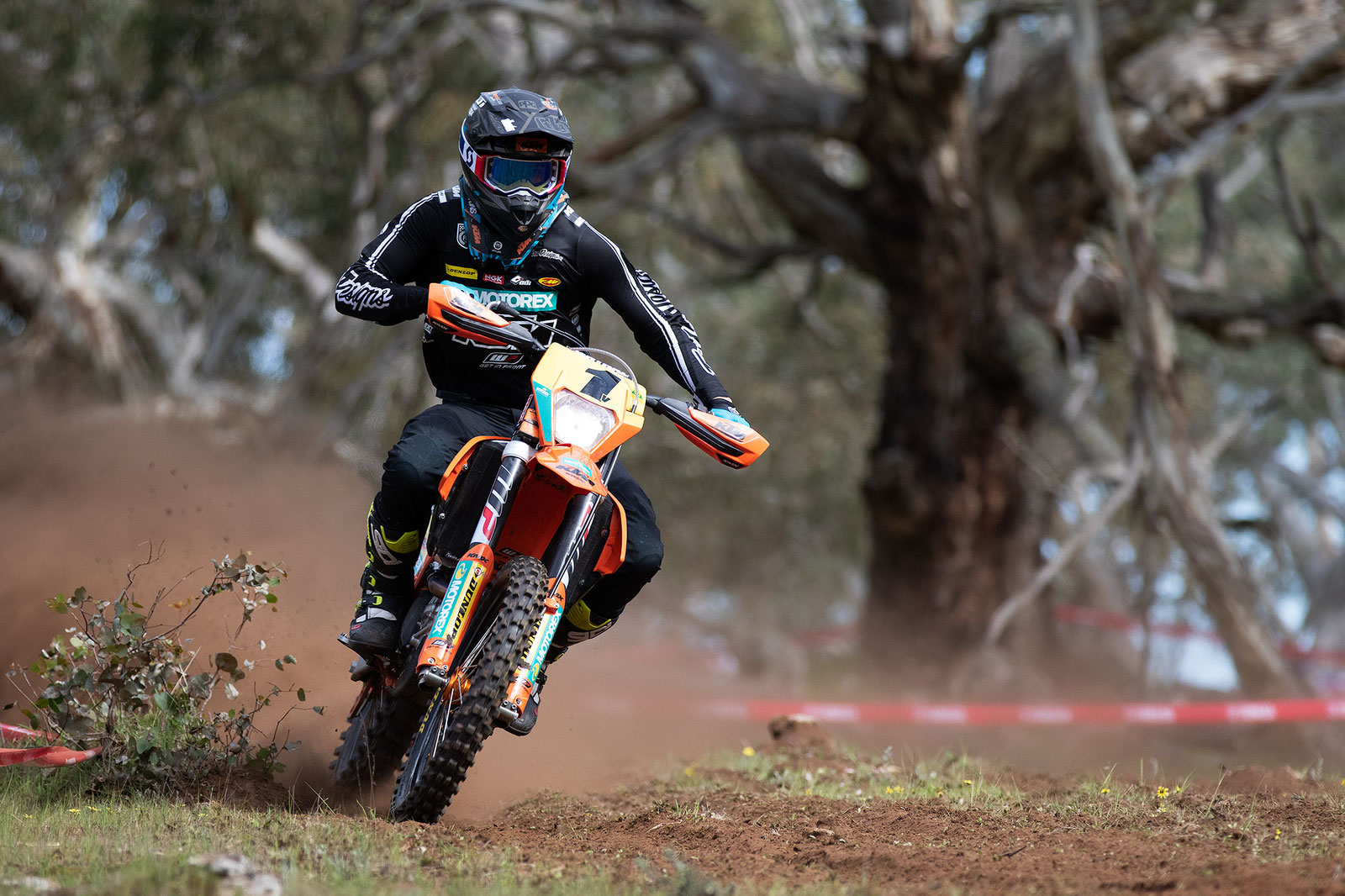 Daniel Milner took out the E3 class. Photo: John Pearson Media
The sun was beaming down on the paddocks at Kingston SE, South Australia for Round 8 of the Yamaha Australian Off-Road Championship (AORC).

Track conditions were pristine to kick off the penultimate weekend, and it would be Daniel Milner (E3), Daniel Sanders (E2), Luke Styke (E1) and Michael Driscoll (EJ) who took out class victories.

Its been a familiar sight this season for the four riders mentioned above, they have all lead from the front and today was no different around the YZF450 test. It was five kilometres of flowing grass track with a good mix of sandy terrain with a few tight and technical bush sections.

E3
Milner was once again simply in a class of his own, he stopped the clock at 58:44.297 after completing nine laps. After a nasty fall during the third test, Milner still had his composure and came away with yet another E3 victory.

It was another win, but Milner had to work for it; ‰ÛÏIt was a solid win today, it actually got quite difficult out there throughout the day. I had a good cartwheel on the third lap after going into the corner to hot, but after that I pushed to remain smooth and clean and finish well,‰Û 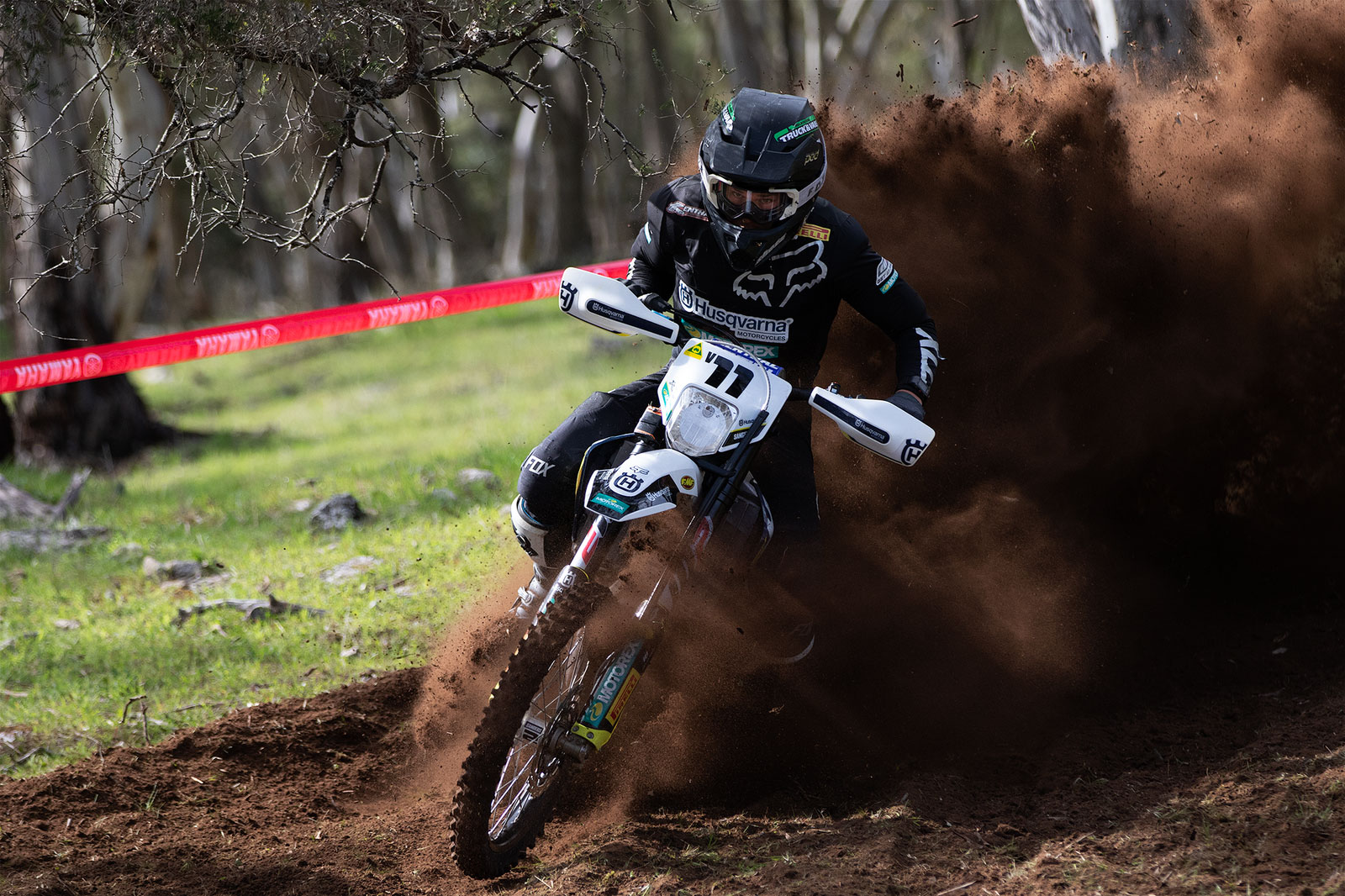 Daniel Sanders. Photo: John Pearson Media
E2
Continuing his undefeated run in the E2 class was Victorian Daniel Sanders, it wasn‰Ûªt all smooth sailing for Sanders out on the track, finishing the day with a few battle scars in a hard-earned victory.

His time of 59:00.645 was enough to keep Wil Ruprecht at a safe distance; ‰ÛÏIt was a pretty good run for me today, I had a bit of pressure on me in the class from Wil who kept me on my toes finishing in second for most of the tests today. It was good to have a consistent day and take the class win, we now look forward to tomorrow,‰Û 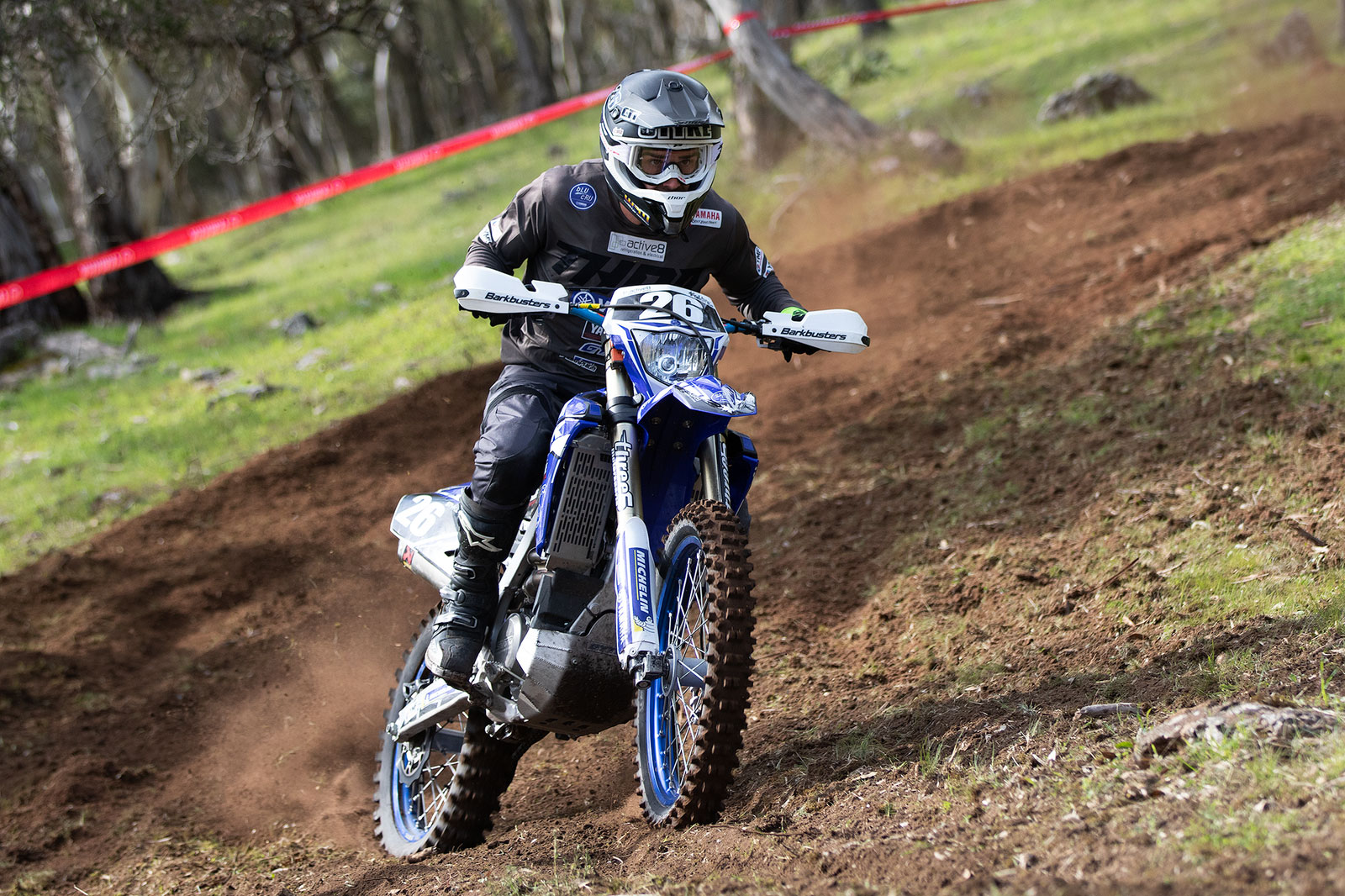 The E1 class was won by Active8 Yamaha Yamalube's Luke Styke. Photo: John Pearson Media
E1
After making the cross from motocross to off-roads, Styke has looked completely at home picking up yet another E1 victory. The Yamaha rider got out of the blocks well in the first few tests and didn‰Ûªt look back, collecting a final time of 1:00:35.392.

Finishing behind Styke was Fraser Higlett, who has shown great improvement during his first season in the E1 class. Higlett registered a time of 1:01:54.958 to put himself right in the mix.

Rounding out the podium was the birthday boy Jeremy Carpentier who ended todays sprints with a time of 1:03:42.378. The Yamaha rider gave himself a birthday present by finishing on the podium and showing he is starting to come to grips with the Australian conditions. 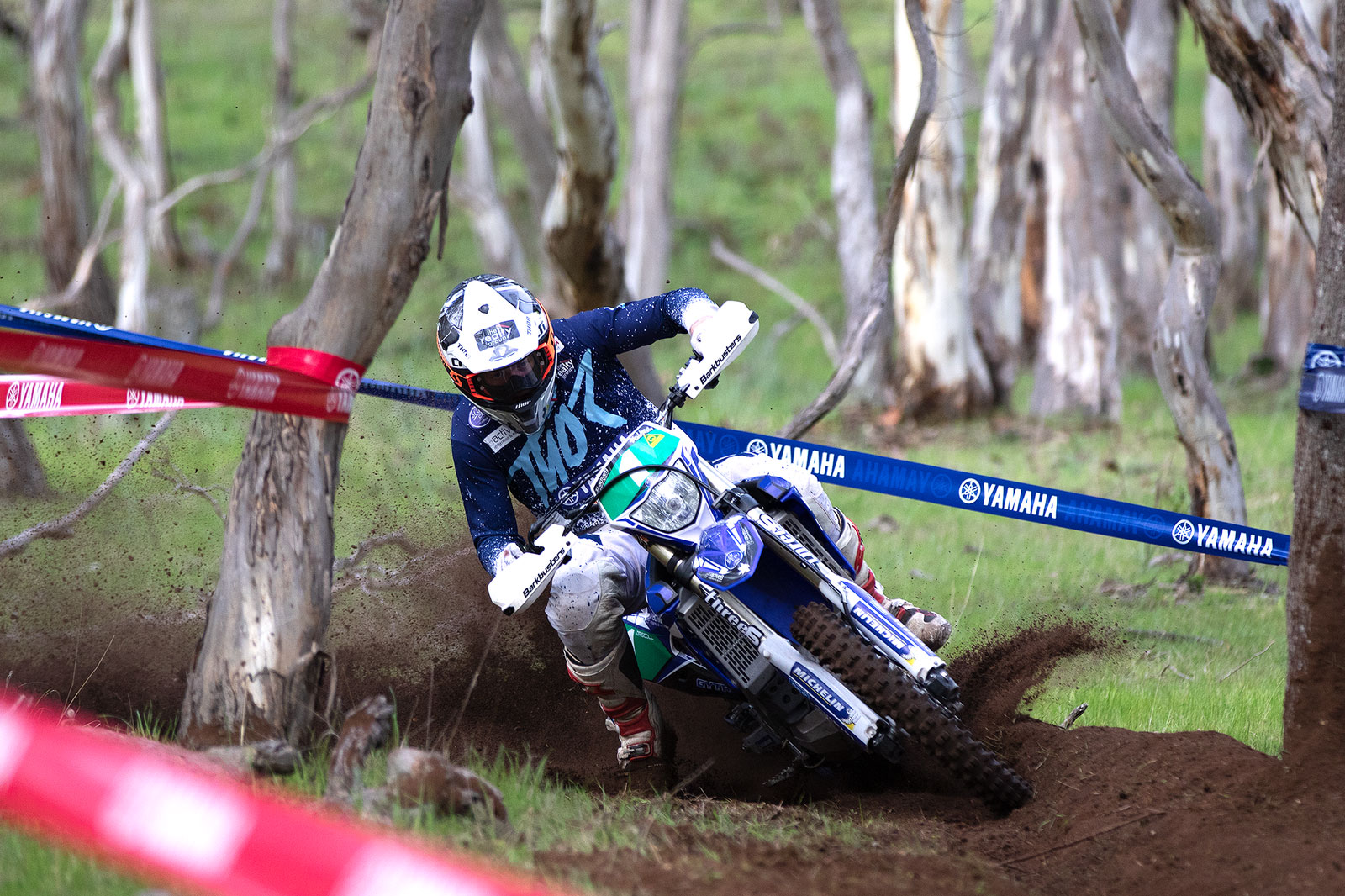 bLU cRu Off-Road Team rider Michael Drsicoll took out the EJ class. Photo: John Pearson Media
EJ
The defending champion is looking to goods once again, Driscoll took out his eighth win of the season from as many starts. Driscoll set the tone on his Yamaha from the first test of the day, registering the only test time in the six-minute barrier. He ended the day with a time of 1:01:51.711.

‰ÛÏIt was pretty good out there, it was quite a tough track, but I really enjoyed the challenge and just happy to take another win. I‰Ûªm looking forward to backing it up again tomorrow,‰Û