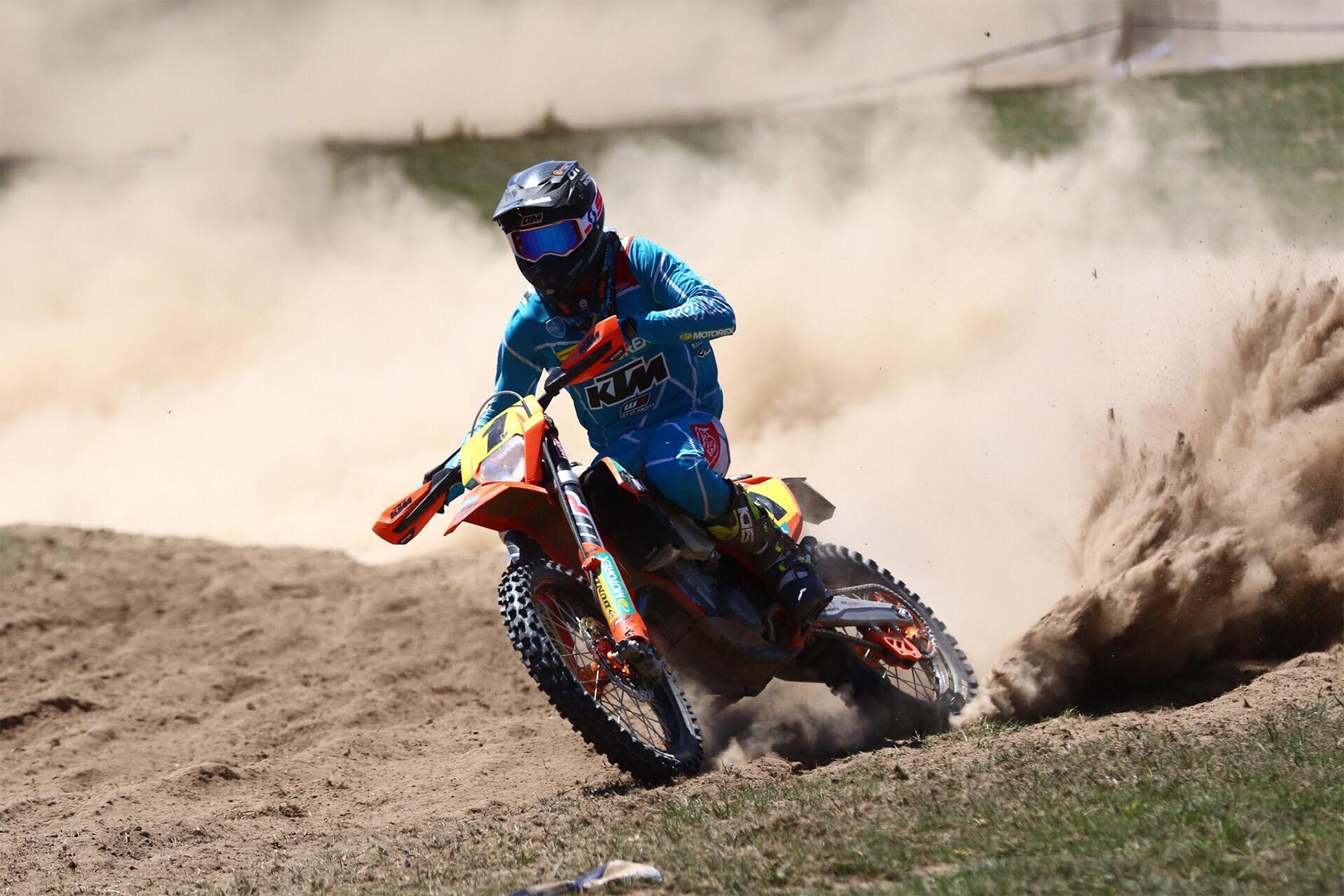 Daniel Milner has now gone two seasons undefeated. Photo: John Pearson Media
Track conditions were tough for the final round of the Yamaha Australian Off-Road Championship at Omeo, and it would be Daniel Milner (E3), Daniel Sanders (E2), Luke Styke (E1) and Michael Driscoll (EJ) who took out class victories.

Its been a familiar sight this season for the four riders mentioned above and they were at it again after clinching their class titles in yesterdays cross country. Any thought of them taking their foot off the pedal was quickly put to bed as they took the early ascendancy in their classes.

E3
Milner was simply on another level in the E3 class on his KTM, he stopped the clock at 43:39.063 after completing five laps. Milner set the pace with his first test time and then simply didn't look back on his way to the chequered flag. The win was number eleven for Milner meaning he had completed the perfect E3 season.

Finishing behind Milner aboard his Husqvarna was Lachlan Stanford, who completed the five laps with a time of 45:21.996. Stanford continued his consistent season and even tried a few new things today, as one of the only riders clearing the double, he still couldn't find the speed of Milner.

Rounding out the podium in the E3 class was Andrew Wilksch on his Sherco, who made a welcome return to the podium after missing out yesterday. His time of 46:39.716 was a solid finish to the season. 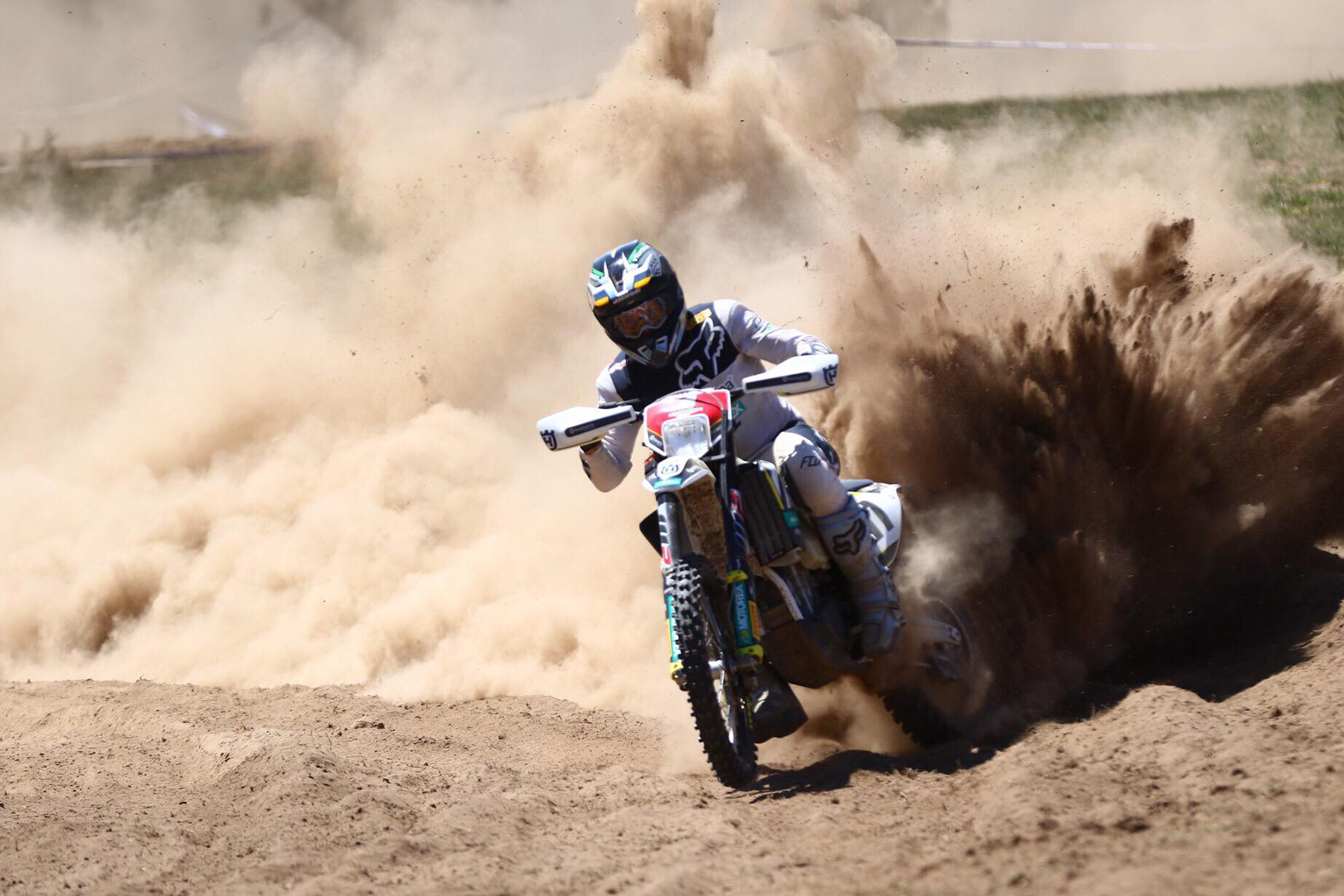 Victorian Daniel Sanders was undefeated in the E2 Class. Photo: John Pearson Media
E2
Completing the perfect season in the E2 class was Sanders aboard his Husqvarna, as he once again led the way. Sanders got off to a great start in the first test and continued to push throughout the day despite the track deteriorating. The win shows the decision to come home from Enduro GP was the correct one, as he brings home the title to Husqvarna with a time of 43:58.038.

The battle for second place in the E2 class was an enthralling battle between KTM's Lyndon Snodgrass and Yamaha's Josh Green. It would come down to the fifth and final test as the pair could hardly be separated throughout the day, but it would be Snodgrass who got the nod with his time of 44:50.785.

The ever reliable Green would have to settle for third place with his effort of 44:57.112. Green was one of the only riders throughout the day who looked in control through the rough conditions, and ended his season on the podium. 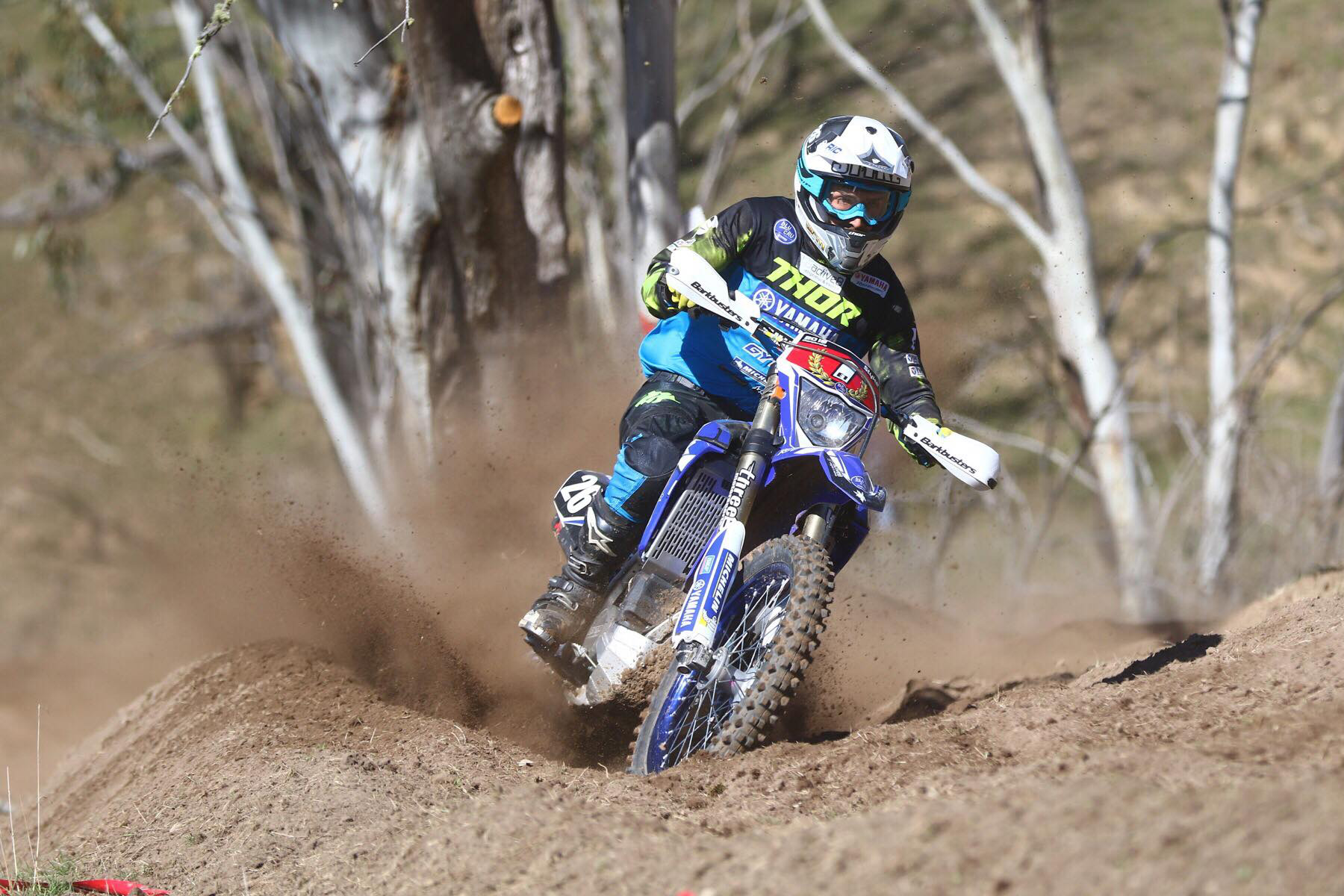 Luke Styke took home the E1 title for Active8 Yamaha Yamalube. Photo: John Pearson Media
E1
What a year it has been for Styke after making the cross from motocross to off-roads, Styke has looked completely at home picking up the E1 title yesterday. He was at it again today, not letting off and taking another win to make it nine wins this season. He ended his five laps with a time of 45:13.762.

Finishing behind Styke was Fraser Higlett aboard his Husqvarna, who has shown great improvement during his first season in the E1 class. Higlett ended his season with a time of 45:35.297 to end a great first season in E1.

Rounding out the podium was Jack Simpson on his KTM who ended today's sprints with a time of 45:50.445. It was a good end to a bit of an indifferent season for Simpson, look for him to take this form into season 2019. 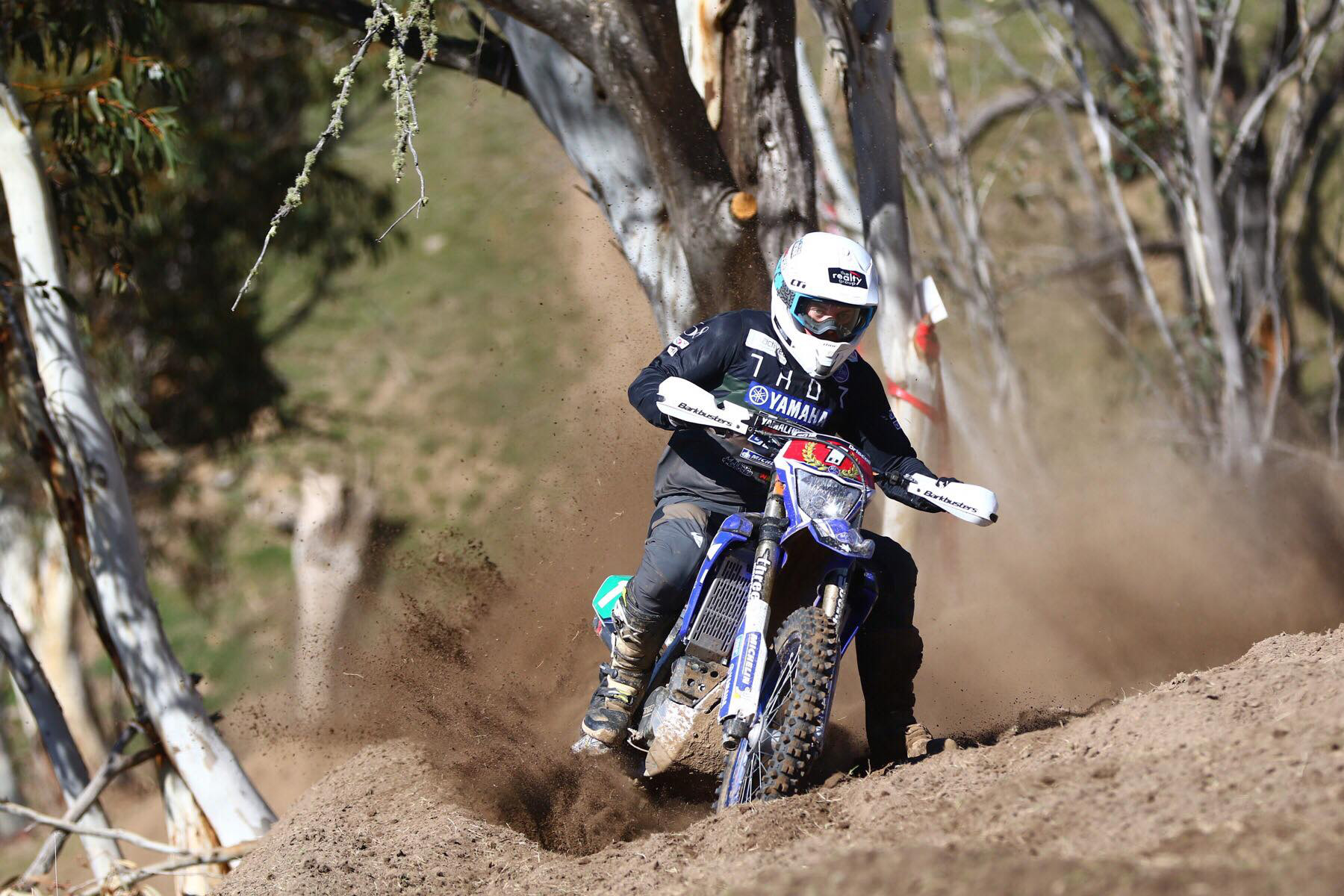 EJ Champion Michael Drsicoll. Photo: John Pearson Media
EJ
The 2018 EJ champion was at it once again, Driscoll took out his eleventh win of the season to complete the perfect EJ season. Driscoll set the tone on his Yamaha from the first test of the day, getting out of the blocks with a sensational first test, he ended the day with a time of 45:28.371. .

Grabbing second place in today's sprints was Husqvarna‰Ûªs Joshua Brierley who bounced back from his third place in yesterday cross country. His time of 47:07.077 handed him a well earned second place, and a fine finish to his first senior season.

Capping of his cameo appearance here at the AORC, motocross prodigy Mason Semmens grabbed third place to make it two podiums for the weekend. His time of 47:22.062.