Milner and Snodgrass Prepped and Ready for AORC Opener 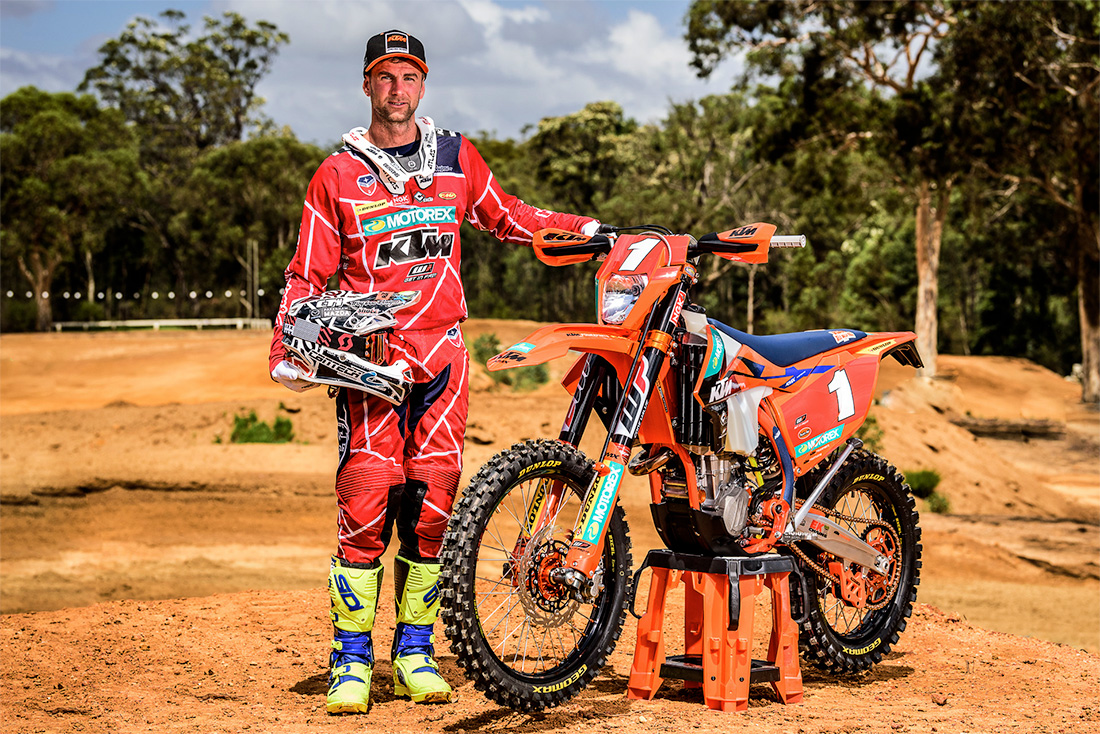 Reigning E2 champion Daniel Milner moves to the E3 class for 2018 and goes in as a strong favourie. Photo: Wilkinson Photography
The defending champion KTM Enduro Racing Team enters the 2018 Yamaha Australian Off-Road Championship (AORC) with a renewed desire for this season as Daniel Milner and Lyndon Snodgrass take on the challenge of competing within new classes.

Set to commence this weekend at Gympie in Queensland, dominant outright champion Milner will make his anticipated first appearance in the Enduro3 (E3) category aboard the powerful KTM 500 EXC-F. Fresh from achieving a perfect record last year, all eyes will be fixed upon the number one rider in the nation as the pre-season favourite.

Gympie is a location that the 26-year-old excels at, storming to victory at the venue on his way to the crown with a double win last year. Rounds one (Saturday) and two (Sunday) will be of the Sprint format, which the determined Victorian also welcomes to open 2018. 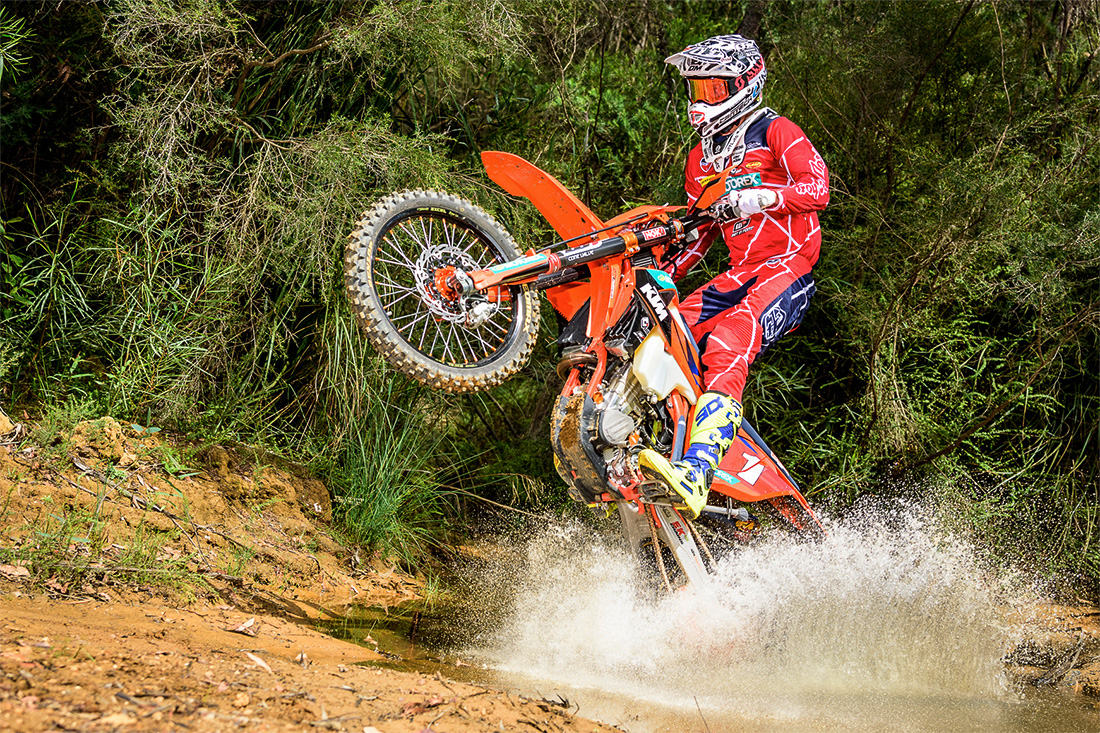 Reigning E2 champion Daniel Milner moves to the E3 class for 2018 and goes in as a strong favourie. Photo: Wilkinson Photography
"We've had a really positive pre-season and I'm excited to move to the E3 class, riding the KTM 500 EXC-F," Milner said, "Coming off of such a good year last year into the 2018 season, it will be good for me and I feel as though the preparation has been right for this season. The KTM Enduro Racing Team has been unreal, I have the bike exactly the way I like it and I couldn't ask for more at this stage. Last year Gympie was one of the best rounds on the calendar and it's an awesome layout, so to start there with the Sprint format will be an ideal start to the championship for myself and the team."

As for Lyndon Snodgrass, who enters his second term with KTM Enduro Racing Team after capturing the E3 championship last year, he will step across to the Enduro2 (E2) division riding the KTM 450 EXC-F. It will mark a transition from the two-stroke KTM 300 EXC that he rode to success, now four-stroke mounted and certain it's been a positive switch. 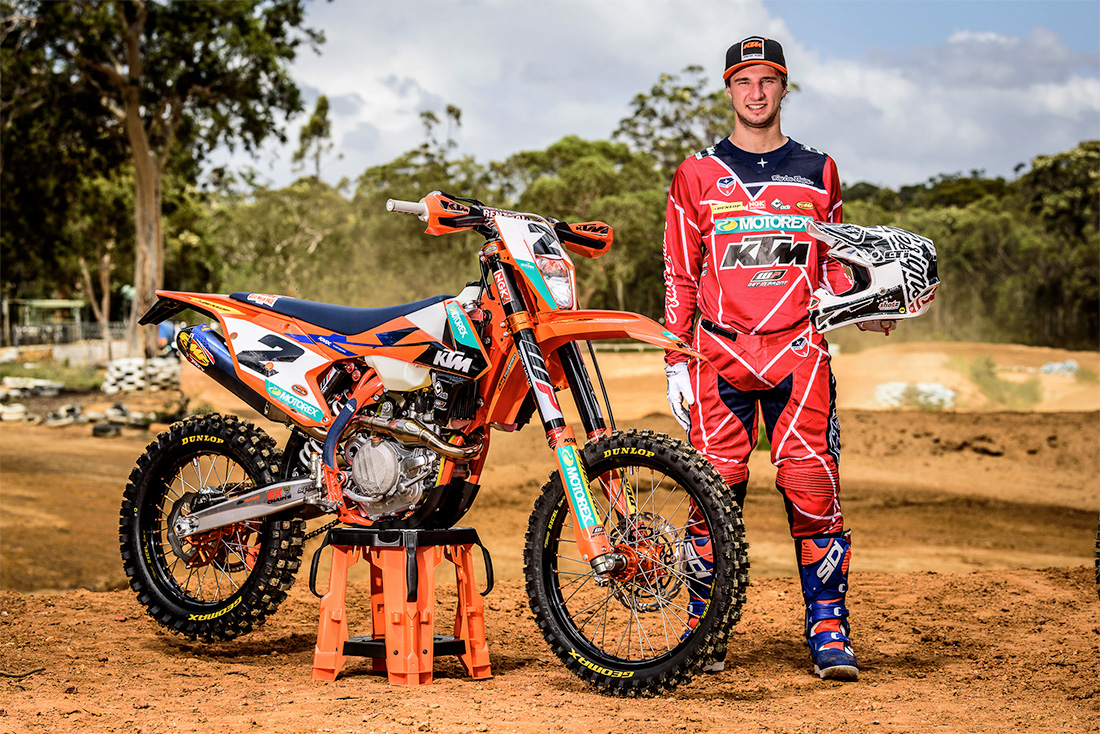 Victorian Lyndon Snodgrass enters his second term with KTM Enduro Racing Team after capturing the E3 championship last year, Photo: Wilkinson Photography
The 20-year-old from Victoria trades places with Milner in terms of the classes they are contesting, with each maintaining the vision of delivering KTM Enduro Racing Team class honours in addition to a phenomenal fifth-straight outright crown for the Austrian brand.

"I am really excited for this year's AORC season, on-board the KTM 450 EXC-F in the E2 class for 2018 and that will be a great step for me in my career," Snodgrass said. "This off-season I have learned a lot, progressed in my riding and I'm confident that I will be stronger this season on the four-stroke, so I can't wait to get out there. To win my class title last year was a really good achievement, so I am aiming to do that in E2 this time around and also to contend for the outright championship with KTM Enduro Racing Team. This is what we definitely work hard for and I can't wait to get started." 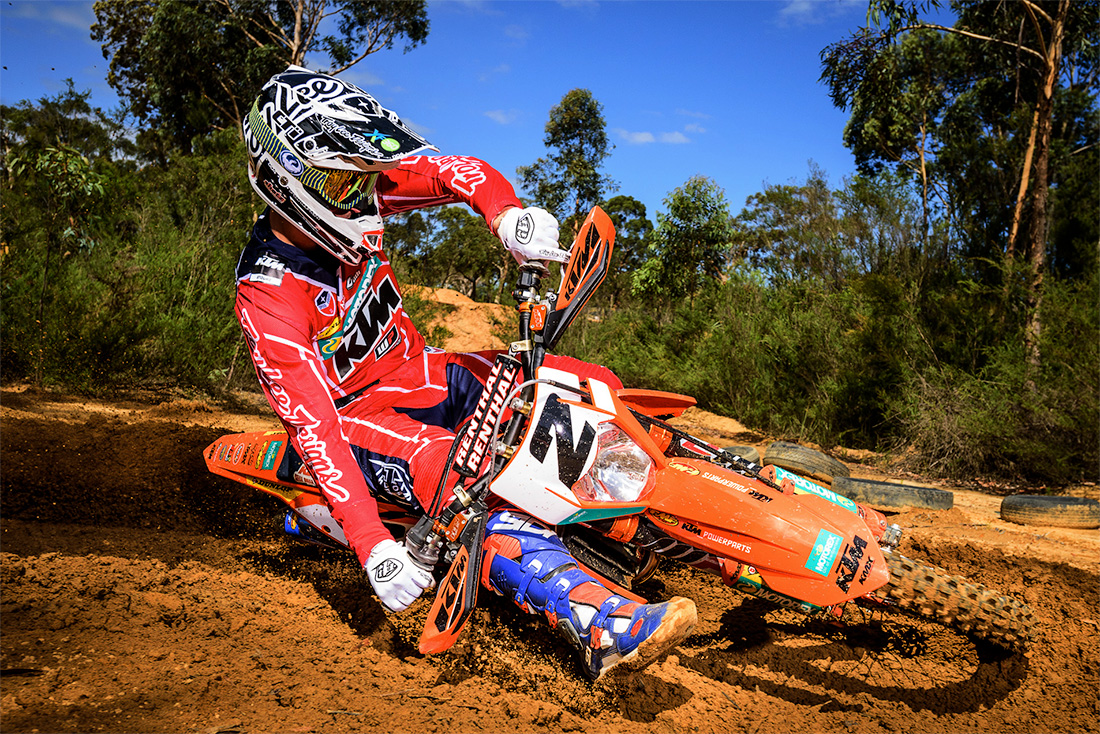 Victorian Lyndon Snodgrass enters his second term with KTM Enduro Racing Team after capturing the E3 championship last year, Photo: Wilkinson Photography
Glenn Kearney - Motorsport Manager, KTM Australia - is happy to see racing about to begin, "It's always a busy time of the year, but an exciting one. The off-season passes by in a flash and then all of a sudden it's the pre-season with testing and so-forth, so now here we are at rounds one and two," Kearney said. "The whole team has put in a huge effort, riders and mechanics alike.

"We have done a lot of testing with the new WP 48mm Cone Valve fork that we have switched to for 2018, which everyone is really happy with, and we are now looking forward to defending our championships," Kearney continued, "Last year Daniel won E2 and Lyndon won E3, but as previously announced they have switched classes for this season. If Daniel manages to win the title on the KTM 500 EXC-F, it will make him the first-ever rider to win the outright through all three categories, which would be the fifth in a row for the KTM Enduro Racing Team. It's also a major change for Lyndon to the KTM 450 EXC-F, coming from the KTM 300 EXC last year, but he has been putting in a big effort over the off-season on the four-stroke and has settled right in at this point. We're looking for big things this year and are most definitely Ready to Race!" 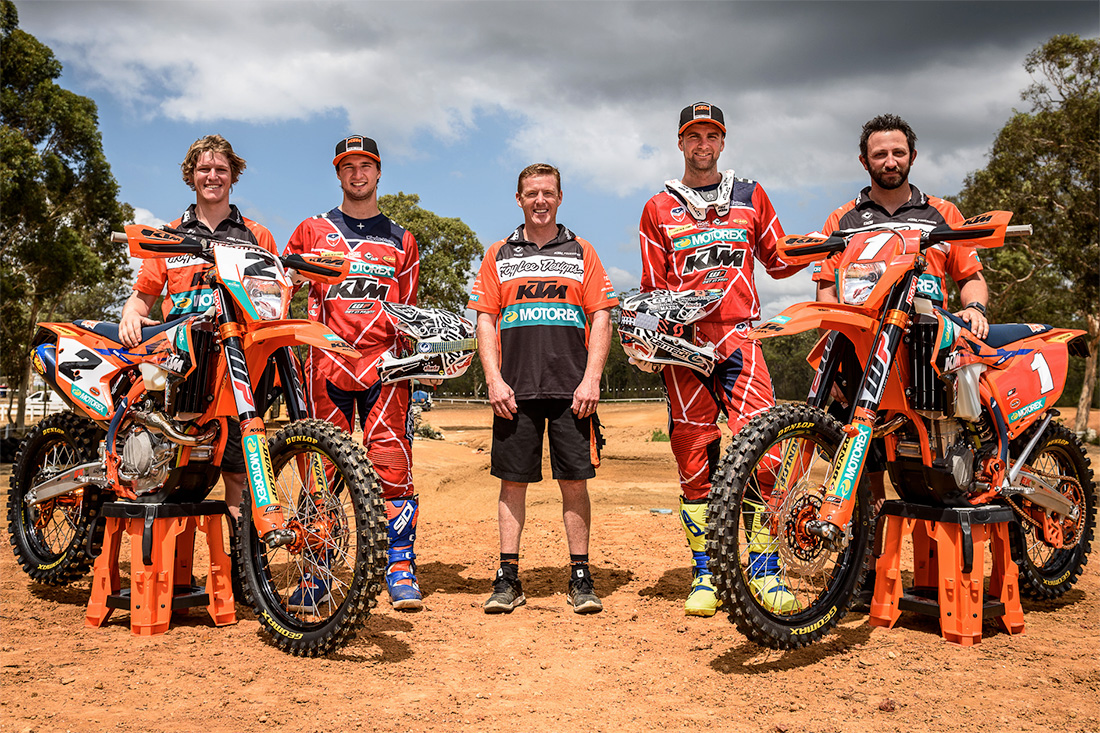