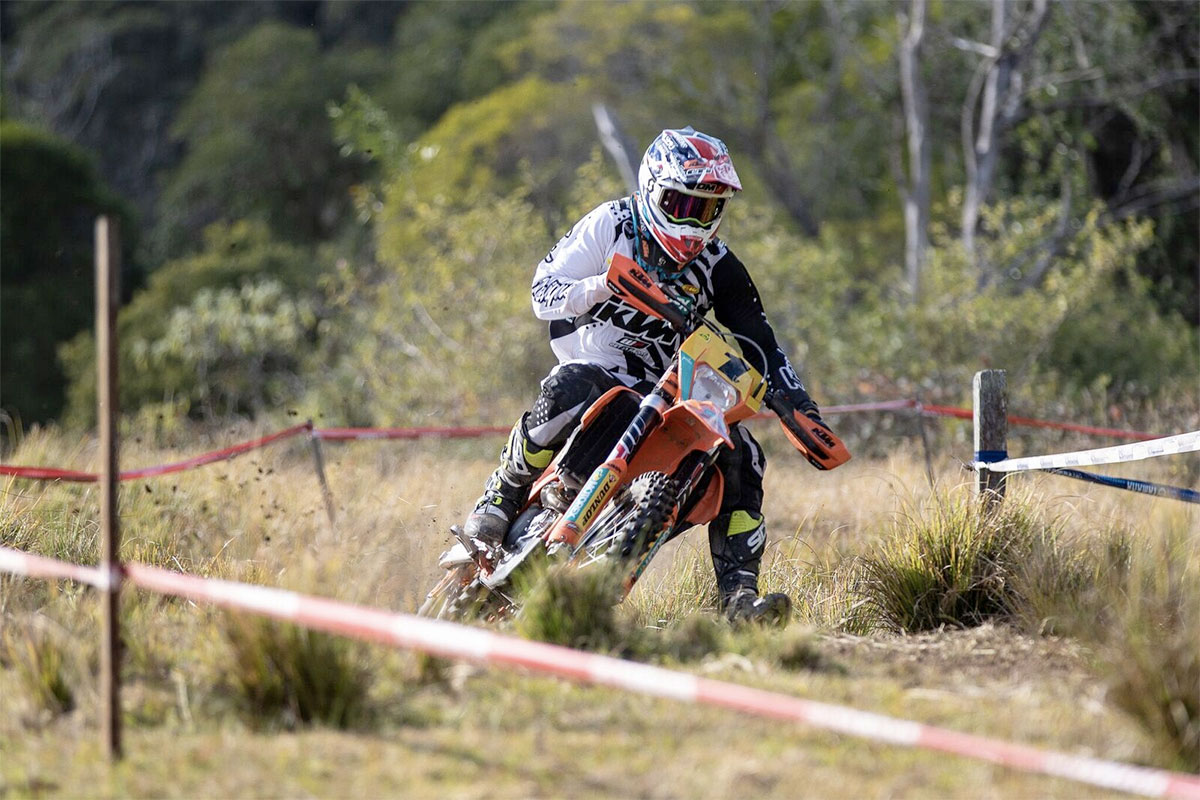 Daniel Milner. Photo: John Pearson Media
A sun-soaked day saw the field back for another time carded enduro today for Round Six of the Yamaha Australian Off-Road Championship (AORC) as Daniel Milner made the Dungog terrain his own.

Milner was a class above as the fastest rider on the track as he took out E3 honours. In E2 it was Daniel Sanders made it six from six, but today definitely wasn‰Ûªt smooth sailing for Victorian, but he showed his class to recompose himself after bike issues and take the win.

Luke Styke got back on the winner‰Ûªs step in E1 after the Yamaha rider suffered his first loss of the season on Saturday, proving to fast for the field.

E3
Daniel Milner mentioned yesterday that he wanted to put a tough month behind him and boy did he do that, Milner was a man on a mission from the first test of the day. The tracks were getting rougher as the day progressed but that didn‰Ûªt slow Milner down as he stopped the clock at 51:01.310.

Lachlan Stanford backed up his second place on Saturday with another solid performance today after finishing in a time of 53:11.058. In his first round on his new KTM Scott Keegan is looking at home very quickly as he grabbed a pair of third place finishes, after ending Sunday with a time of 53:41.357.

Milner was thrilled with the test provided by Dungog Motorcycle Club, ‰ÛÏThe Cross test here this weekend was up there with one of my favourite test we have come across in AORC, the layout was great and had nice lines. Today was a bit slower this morning but we got through that and tried to limit our mistakes today as the tracks deuterated as the day went on. It was great to put the last month behind me after Hattah, I wanted to push hard and get the win, I had put everything into today and we got the win,‰Û