Millsaps Out – Brayton In 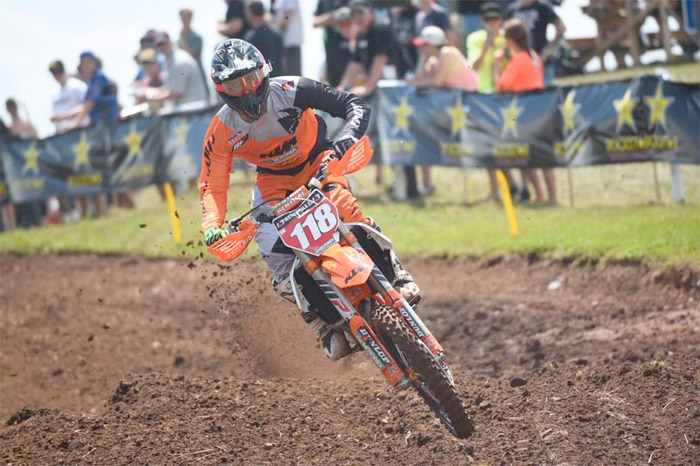 American Supercross rider Davi Millsaps has had to put is plans to contest the Australian Supercross Championship on Ice after succumbing to a wrist injury.

The KTM racer injured his wrist at the final round of the 2016 Canadian MX Nationals, forcing him to withdraw from the final moto of the season after he had already clinched the MX1 championship.

After spending some down time after the Canadian series concluded, Millsaps recently returned to riding. Unfortunately the 2012 and 2013 AMA Supercross Championship runner up re-jarred his wrist and upon further checks and scans has been forced to rest up for the coming weeks.

"We got the news through late last night that Millsaps had re-injured a wrist injury he sustained in Canada and has had to withdraw from his Australian plans." Bannan told Fullnoise.com.au

‰ÛÏI am shattered for Davi, I know he was looking forward to racing in Australia once again and we were thrilled to have him coming down to race. Unfortunately it is part of the sport and we certainly wish him a speedy recovery and hopefully we may see him in Australian in 2017."

While Millsaps will no longer be heading down under, Bannan confirmed that current American supercross front runner Justin Brayton who finished 8th in the 2016 Monster Energy AMA Supercross championship will be lining up for the entire series thanks to Yarrive Konsky with more details on his ride expected to be released this evening.

"We got word from Yarrive Konsky that he has secured the services of Brayton for the 2016 series which is a massive addition to what is already a very strong field of SX1 talent." Bannan added. "The addition of Brayton to race alongside the likes reigning champion Dan Reardon, fellow American Wil Hahn, recently crowned MX Champion Dean Ferris, the returning Todd Waters and all the other top line local talent including Mosig, Wilson, Long, Wright and more.

"The series is shaping up to be the best of Australia has seen in years and it all kicks of in just over a weeks time. We are flat building and putting the final preparations into the Jimboomba track and are expected a bumper crowd to welcome Australia's and the some of the Worlds best riders on the 17th of September." Bannan concluded.

Brayton is no stranger to racing in Australia after racing selected rounds of the 2010 Australian SuperX championship.

The opening round of the 2016 Australian supercross Champoinship takes place on the 17th of September at Jimboomba before heading to Toowoomba Qld, Adelaide SA, Avalon Vic and then the series finale in Sydney, NSW.