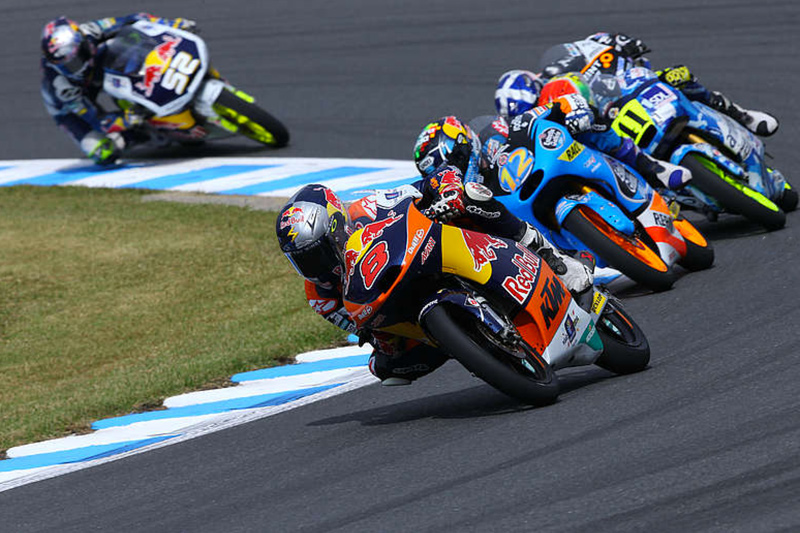 Red Bull KTM‰Ûªs Jack Miller of Australia lost out in the final stages of Round 15 of the Moto3 World Championship at Motegi, Japan after a hard fought 20-lap race and a costly mistake in turn 11.

After accidentally slipping his bike into neutral, Miller had to settle for fifth place.

"It was a shame about the mistake I made in the last lap because our pace was still very good and I led for a large part of the race." Miller explained.

"I went in too strong going into the corner on the final lap, I tried shifting down as fast as possible for I made a mistake, which meant I passed the braking point.‰Û