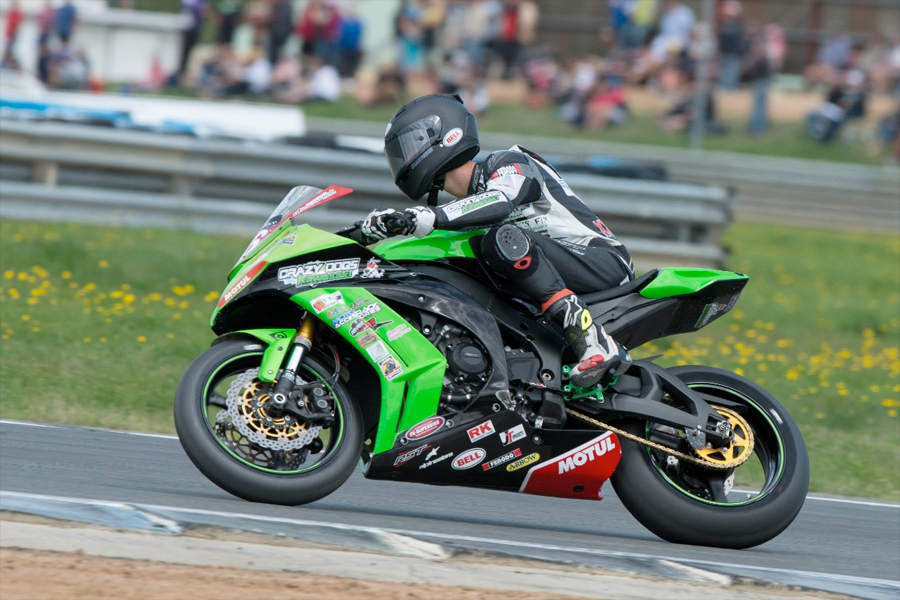 Mike Jones is happy with his development amongst a packed and experienced Superbike field at the opening round of the Swann Insurance Australasian Superbike Championship at Wakefield Park with the Queenslander securing a mixed list of results at the three day event.

On the back of his podium position at Phillip Island in February, Jones faced the most gruelling test yet aboard his Crazy Dogs Kawasaki ZX10 Superbike of the season. The opportunity to race alongside current and former National Superbike Champions was a critical test for Mike in his continuing adaptation to his new ‰Û÷green machine‰Ûª for the 2014 season.

‰ÛÏI knew it was going to be difficult based on the riders and teams that entered the first round, but I was surprised by the outstanding quality of competition during the weekend." Jones explained. "I‰Ûªm satisfied with my efforts and feel I have gained a lot of experience by being amongst Australia‰Ûªs best Superbike riders."

With three races each on both Saturday and Sunday, it gave Mike a wealth of opportunity to gain crucial track time against his more experienced opposition. Jones‰Ûª improving results throughout the day, including fifth in race three helped him secure sixth outright on points for the trio of races.

‰ÛÏI‰Ûªm pleased with the results from Saturday, I felt comfortable on the bike and made forward progress all day. I set my personal best lap time, less than four tenths of a second from the lap record, which gives me confidence that I can be competitive with more experience,‰Û