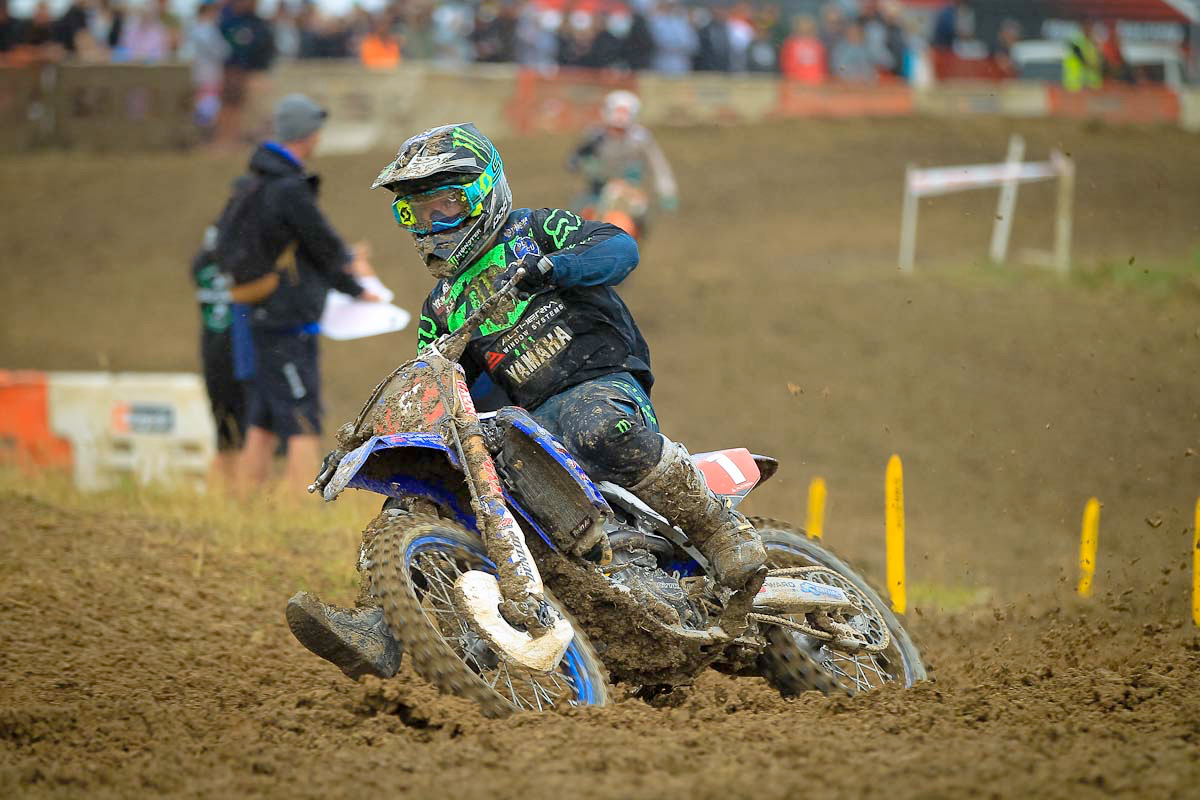 The year has started for a few more Australian racers on the weekend with a handful of riders taking part in international events in both New Zealand and Italy.

CDR Yamaha's new signing Kirk Gibbs got his year off to a positive start with a second place overall result at the Woodville GP in New Zealand, finishing second to Cody Cooper in both MX1 races, which were held in some pretty horrid conditions from all accounts.

In the MX2 class, Wilson Todd adapted well to the wild winds and constant rain to win the opening moto, though had to settle for third in the second moto, leaving him second overall for the round.

Considering both riders have moved to new manufactures for 2019, both would have to be very happy with their results.

Gibbs will now stay on in New Zealand and contest the 2019 National championship for Josh Coppins, Altherm Yamaha team.

Over in Italy to Aussie young guns were in action at the opening round of the 2019 Italian motocross championships.

Like most European countries, the Italian championship runs over just four rounds, with the Italian's running a pretty unique format, where both the MX1 and MX2 classes both race a single moto, followed by a Superfinal that combines the top 20 riders from both the MX1 and MX2 classes. At the end of the year, three titles are handed out, with championships handed to MX1, MX2 and major championship coming from the points earned in the Superfinals.

Both Mitch Evans and Caleb Grothues had great results in the MX2 class, with Evans finishing 6th and Grothues one spot further back in 7th.

Evan's impressed even more in the superfinal carding a fantastic 7th place result racing against a star-studded line up that included former and current World Champions Antonio Cairoli, Tim Gasjer, Romain Febvre, and Jorge Prado. In fact, only two riders finished ahead of Evan's who don't have a world championship to their name but are both world-class riders in Ivo Monticelli and Gautier Paulin.

BACK IN THE U.S 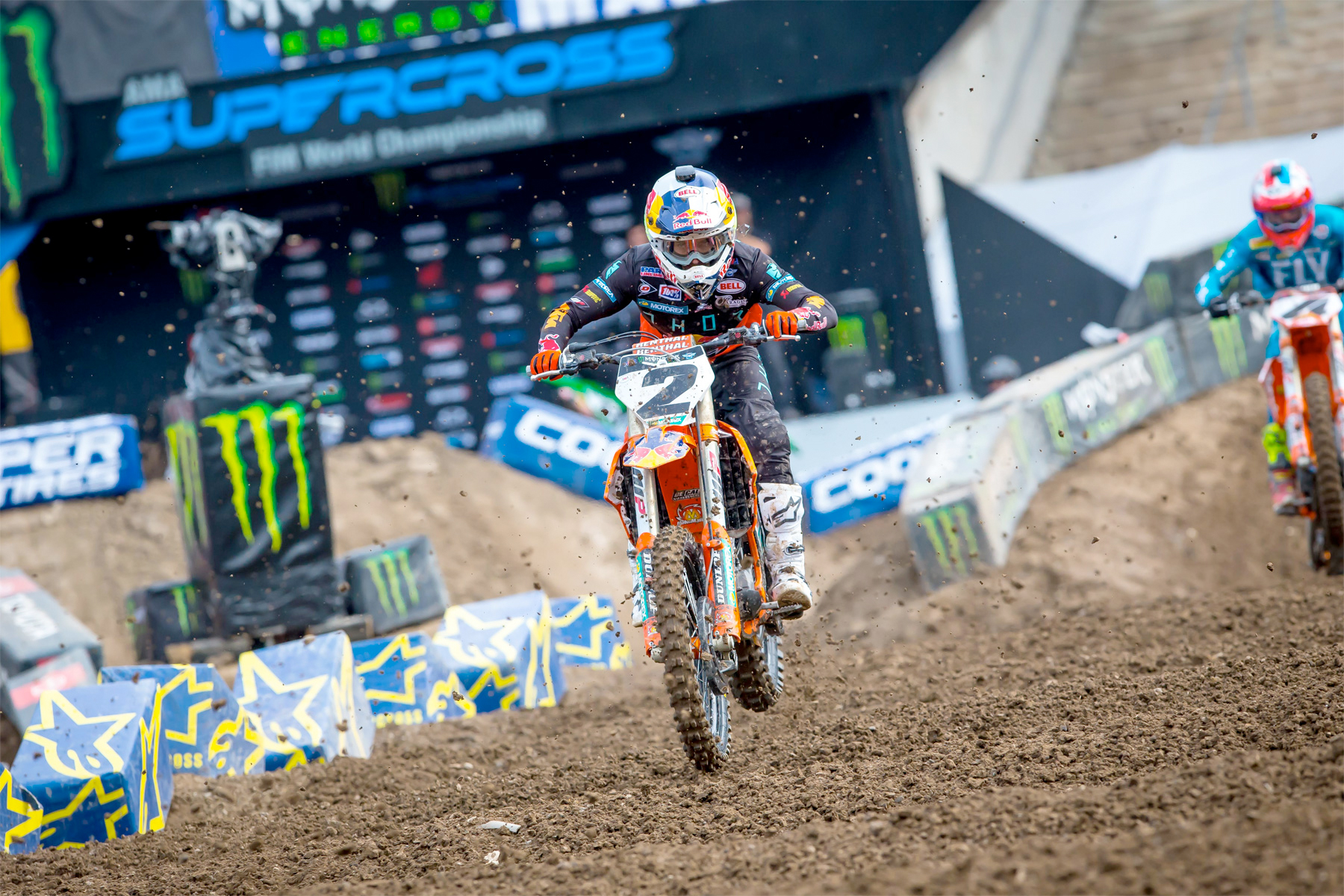 Two in a row for Webb, looks like he has found his feet on the 450
The Monster Energy AMA Supercross championship rolled into Oakland for round four of the championship, and we finally saw a little consistency in both the 450 and 250 West classes with the first repeat winners of 2019 in both classes.

Cooper Webb proved his Triple Crown win the week prior at A2 was no fluke and put himself in the list of genuine championship contenders with two wins in as many weeks and also jumped to the top of the points standings.

Adam Cianciarulo racked up his second win in the 250 West class, but unlike Webb, it was not enough to elevate him to the top of the points standings, with Colt Nichols continuing to lead the way.

It was a bit of a luckless night for the Aussie duo in Oakland. Chad Reed had a great start in his heat race, held off Ken Roczen for a few laps and finished in fourth. Unfortunately, he could not repeat the start in the main and was forced to work his way from the back of the field.

Things were looking good, and he moved to within the top half of the field until he landed on Aaron Plessinger's bike after the current 250 champ crashed. Watching the live coverage of the race, you can see Reed just about to land on Plessinger's bike; it caused Reed to crash. But as always the Aussie veteran never quit and was still able to work back to a very respectable 9th place by race end.

For Victorian privateer Tomas Ravenhorst it was again a case of so close but so far. In his heat he finished in a comfortable 10th place, the bad news for him was he was in the stacked heat, and the top nine riders had a fair gap back to him in 10th and not one of the put a foot wrong all race long. In the LCQ he as again in a battle for a qualifying spot when his rear brake lever was snapped clean off!. 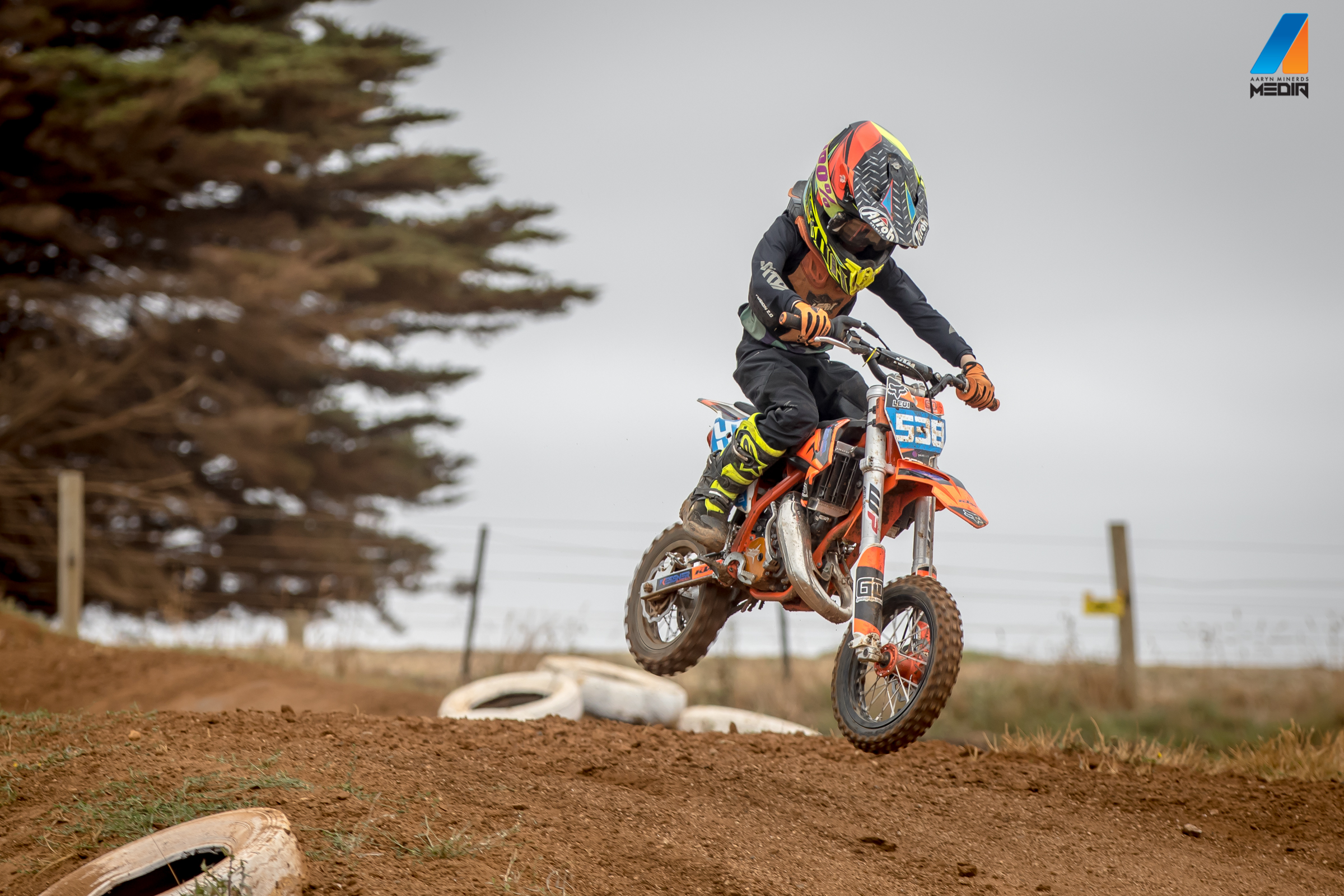 Levi Rossi will be living out every kids dream this weekend when he lines up at the San Diego Supercross
Round five in San Diego will see another Aussie in action and one I am personally pretty excited to see in action, well hopefully we get to see him in action.

Young South Australian Levi Rossi, who races against my son locally was able to get an entry into the 50cc KTM Challenge for this weekends round, and jetted out with his family to take in all of the racing action in Oakland last weekend and will have the opportunity of a lifetime this Saturday night to race on a full-blown AMA Supercross track in front of a huge crowd. 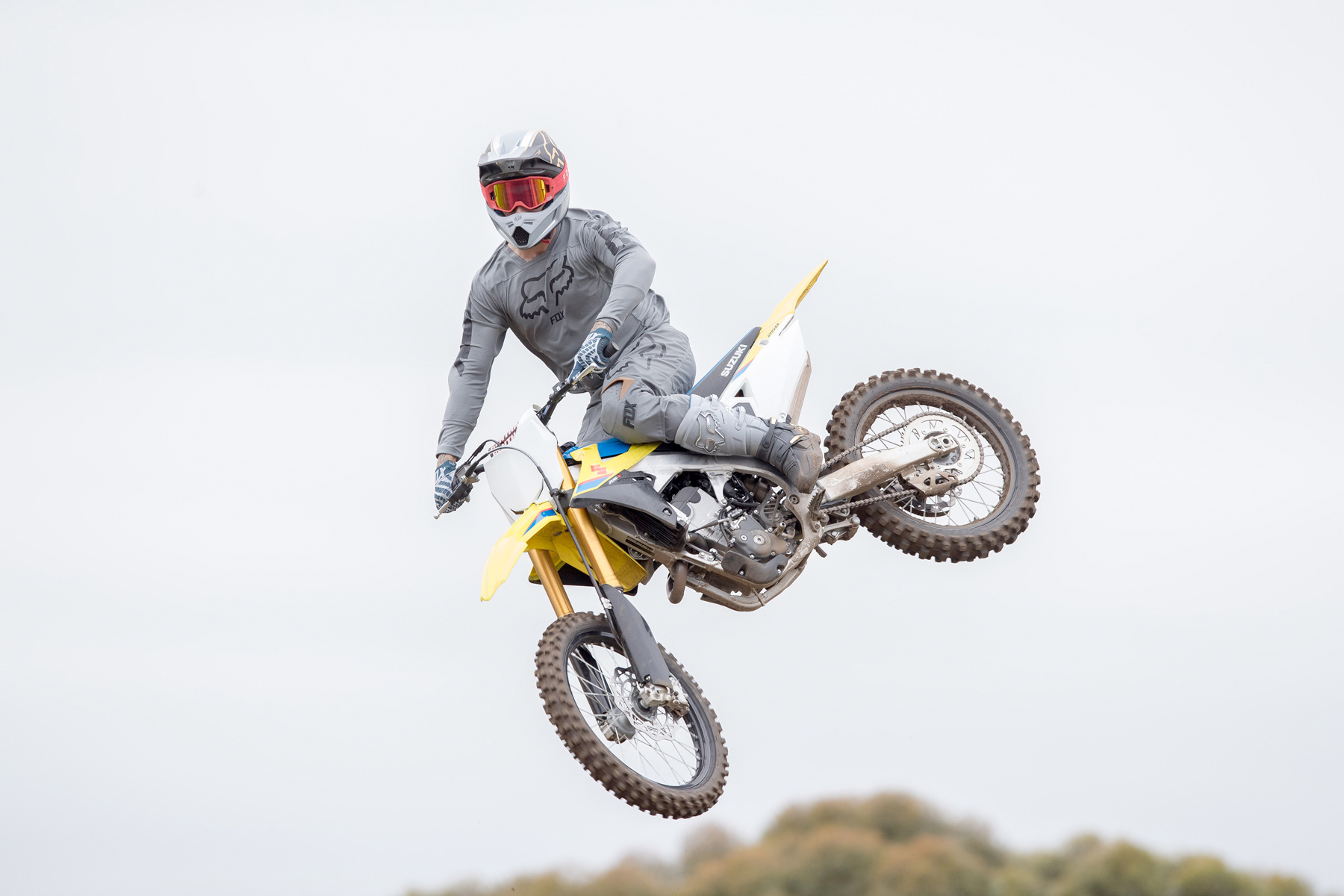 Suzuki are once again offering some great support to those who choose to race Yellow in 2019
Suzuki Australia once again announced their 2019 riders support program for riders in Australia.

Offering contingency money for riders who compete on current generation machinery at both a state and national level, it is an excellent opportunity for privateer riders or fast state riders to earn some money back for their racing efforts.

to check out the full offer from Suzuki Australia CLICK HERE

SOMETHING NEW TO LISTEN TO 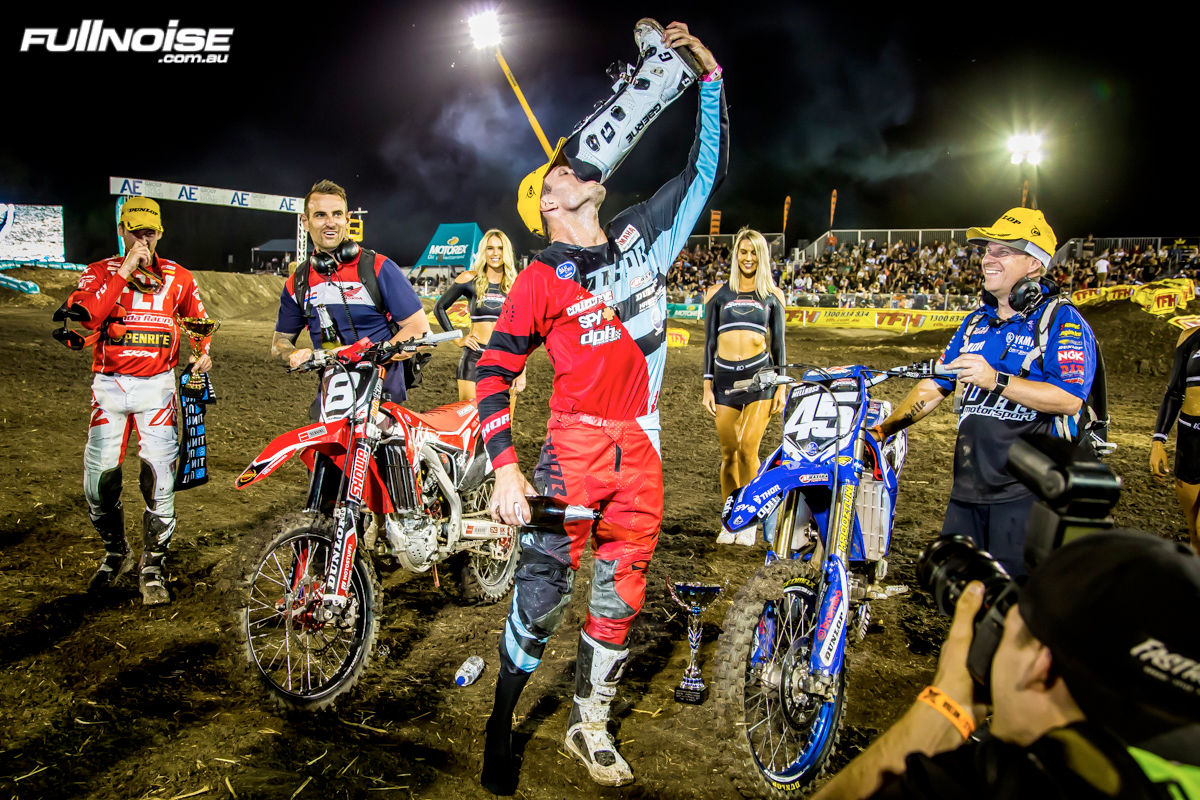 Hayden Mellross will race in Australia in 2019, listen to the OZ-Moto podcast to find out who he will line up for and what he has planned.
Something new I stumbled across today was a new Australian podcast that focuses on Australian racers, both the dirt and road variety.

OZmoto podcast has kicked things off by chatting to CDR Yamaha's Kirk Gibbs and Hayden Mellross, who announces his plans for 2019.

For the road race fans, they catch up with Wayne Maxwell and for those wanting to know more about a great Australian company, they also catch up with Myles Gooch from Uni-filter, the trusted filters ran in our Yamaha YZ450F!

It has been a big couple of weeks for myself at my day job, so I have not had a chance myself to sit down and listen to the podcast in full myself yet, though I was able to have a quick listen to some sections of the podcast as I was putting this together and Mellross has confirmed he will race for Raceline KTM here in Australia in the MX1 class.

We have even embedded this OZmoto's first pod cast right here to you don't have to go looking for it.

PRODUCT OF THE WEEK: 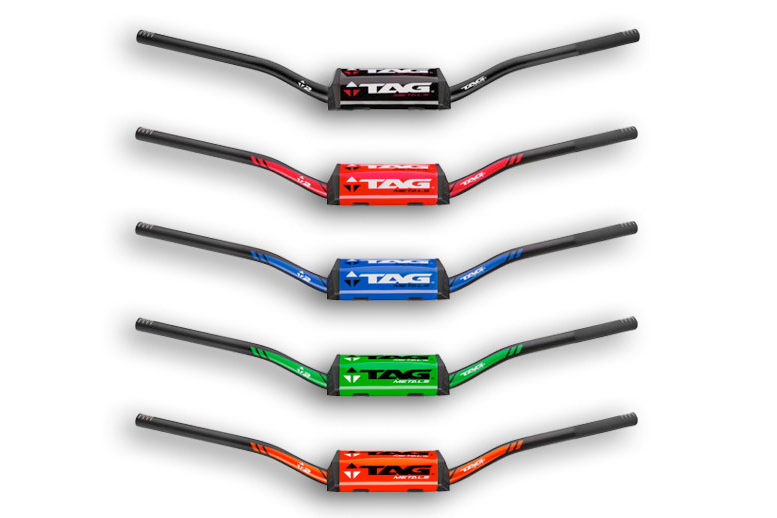 Tag T2 handle Bars were a staple on every bike I owned from 2003 until they disappeared from the shelves sometime around 2013 or 14, I actually could not tell you the exact year, but one minute they were there and the next minute they were gone.

Early this year a couple of posts surfaced from TAG Metals on Instagram and after a bit of a dig around we found out the John Titman Racing had taken up the role as the new Australian distributor and they were more than happy to get us reacquainted with a set of T2 bars.

Back in the day I always ran the CR High bend of Tag T2, but after looking through the spec sheet decided on a set with slightly lower overall height and slightly different sweep. 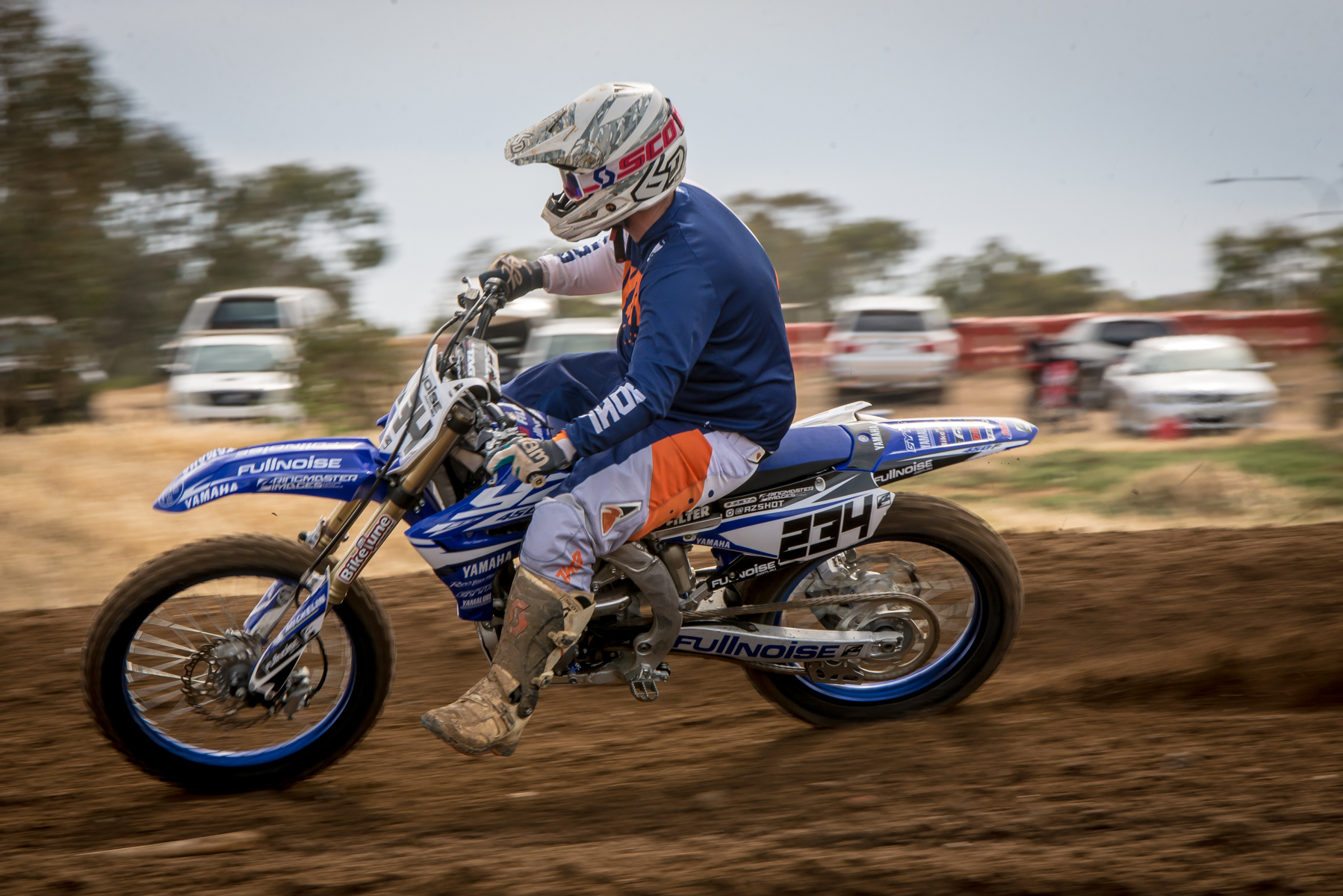 After finiding out that TAG metals were once again producing TAG T2 handlebars, we quickly organised a set for our Yamaha YZ450F
The bars themselves have been as robust as I remember them and though I try not to lay the bike in the dirt very often these days, they have managed to stay straight on the odd occasion things have gone pear-shaped over the past six months.

The bend I went for, the Factory KTM / Suzuki bend probably ended up sitting a little lower and swept back towards me a little more than I would have usually liked. But being the Yamaha YZ450F has the option of two bar mount positions, by simply moving the bar mounts to the forward position, closer to the front number plate, it gave me the little extra room I was looking for.

For 2019 I think we might go back to the CR (Honda) Hi bend and see how they compare to the bend we currently have.

WHERE WE HAVE BEEN AND WHAT WE ARE UP TO 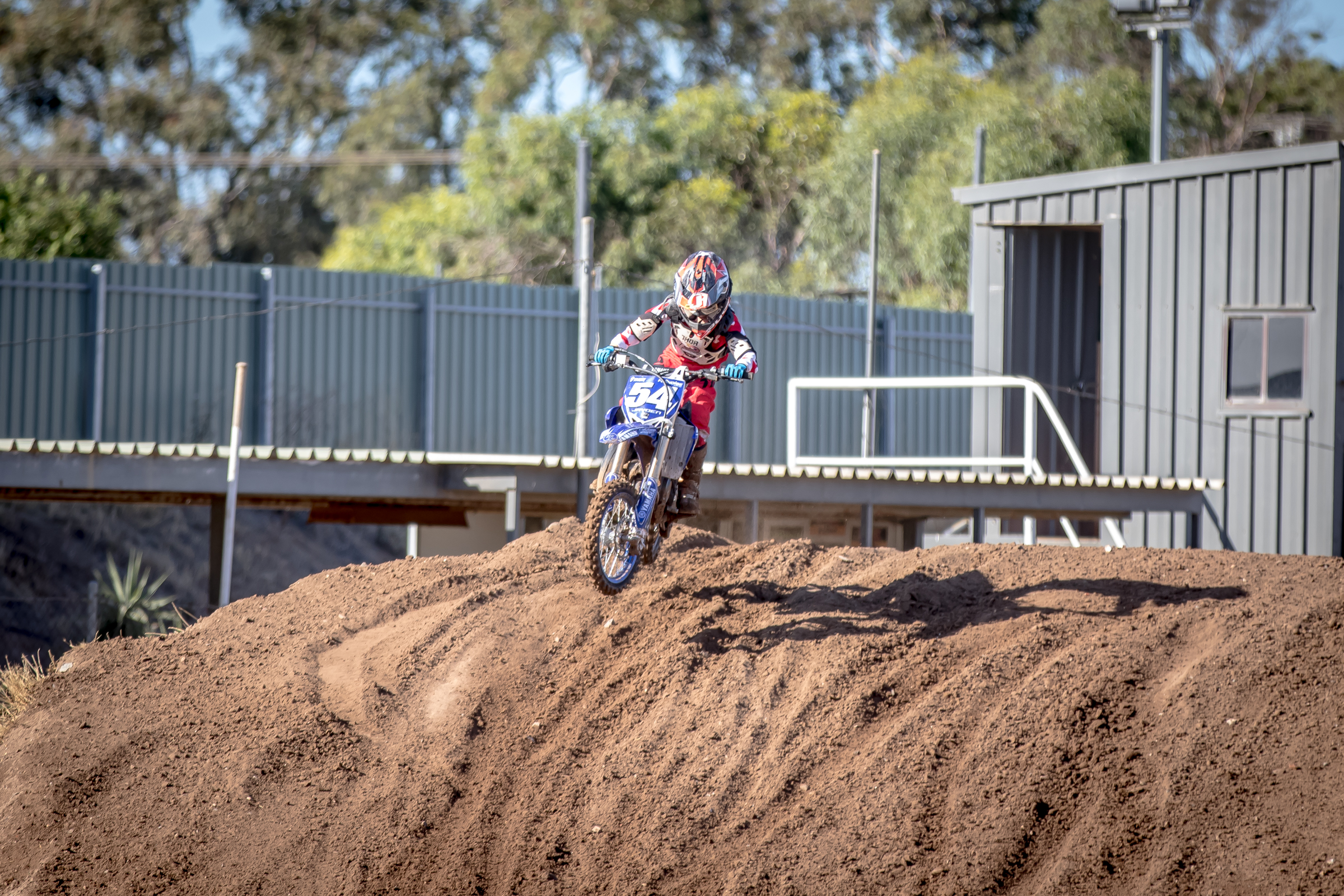 Jayden can't get enough of his Yamaha YZ65
After kicking the race season off the weened prior, we spent the weekend just gone at our local practice track in South Australia, with both myself and Jayden getting out for an early Sunday morning ride at the Motocross Riders Association track at Gillman in South Aus.

For Jayden, it was just another day out enjoying his YZ65, while for myself it marked my first ride of 2019 and it had been a long time coming.

Fair to say I was a little rusty and with arm pump kicking in hard after just a couple of laps it is fair to say I have a lot of work to do before the race season starts in a couple of months time!

The last time I threw a leg over a bike before Sunday was back on the 4th of December at the Yamaha WR450F launch!

We are in the process of organising a new bike at the moment, so it is nearly time to get back into riding on a weekly basis, it is why we are into this great sport, after all, sure watching and covering racing is fun, but riding is what it is all really about!

A WEEK IN MOTION - Video's and Films from the past week