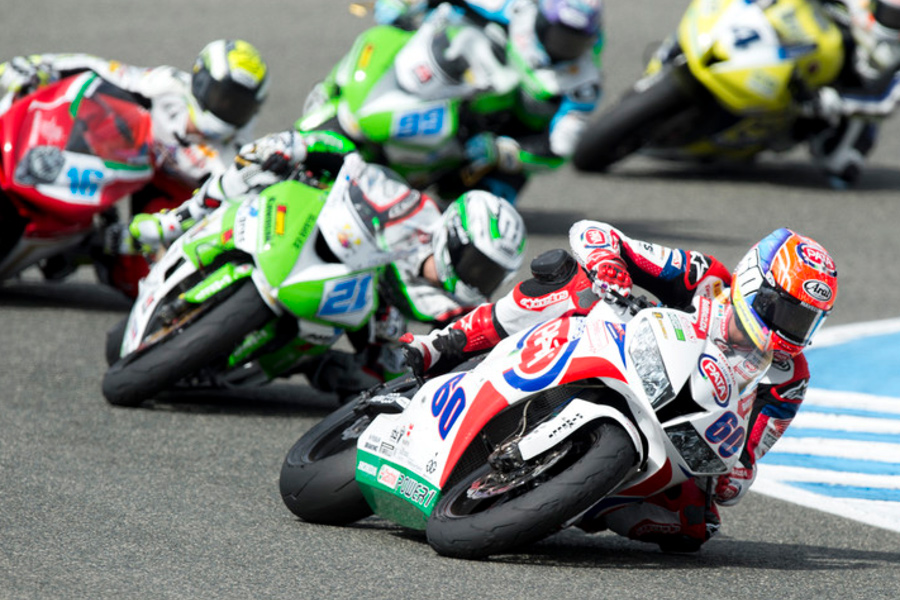 Starting from pole position, the 21-year-old Dutch rider got a good start but ran wide going into turn one at the 4.423km Jerez circuit. There followed 19 laps of nail-biting racing between van der Mark, his championship rival Jules Cluzel and Florian Marino, who finished in third place today.

Cluzel had to finish ahead of van der Mark in order to keep this year‰Ûªs championship alive and the French rider rode hard to stay ahead of the Pata Honda CBR600RR.

Van der Mark knew what was required, however, and took the lead at the most important time of the race with just two laps remaining. However, Cluzel pushed too hard at the end of the penultimate lap and crashed out at the last corner, leaving van der Mark to complete his victory.

"I can‰Ûªt believe it right now! It‰Ûªs been a long journey to get here and since I started racing 10 years ago it‰Ûªs been my dream to be world champion." Van der Mark enthused. "I can thank my family and especially my father who has done so much to help me. He isn‰Ûªt here ‰ÛÒ he has his own race today ‰ÛÒ so good luck to him!

"I also want to thank all my sponsors because maybe some of them you don‰Ûªt see on the bike but they have always supported me. Also my 80-year-old trainer who keeps me fit and strong! Last but not least, the team has done an amazing job.

"This year they gave me an incredible CBR to ride with an amazing set-up. Last year we struggled a lot but this year we have shown that if everything fits together we can be world champion.

The win today is his fifth World Supersport triumph of the season, giving him an unassailable 76-point lead in the series with two rounds remaining.

The Jerez round also marked the 10th world championship for the Ten Kate Honda Racing partnership and the 10th World Supersport manufacturers‰Ûª title for Honda with its various incarnations of the remarkable CBR600RR machine. 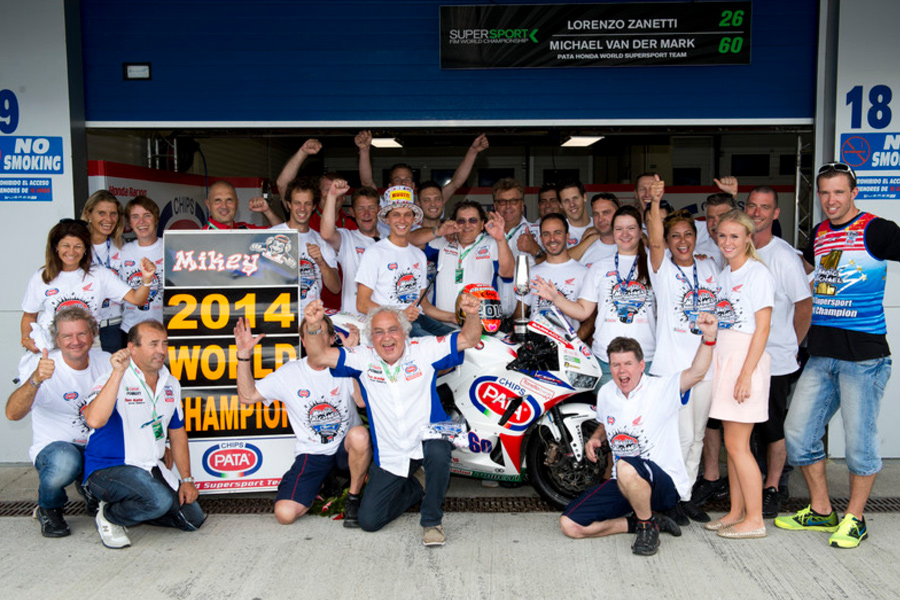