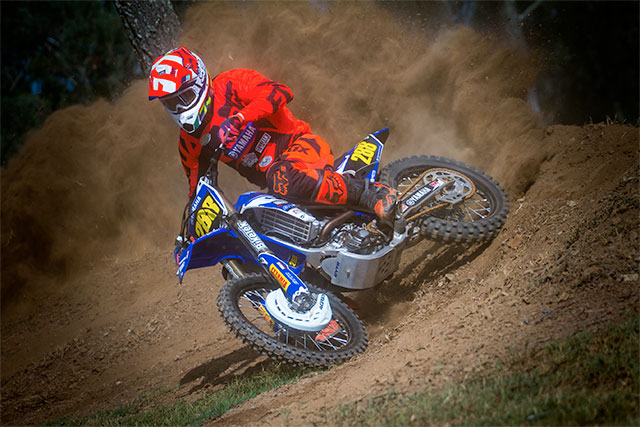 New South Wales Yamaha Junior Racing rider, Michael Driscoll, turned in a near wheel perfect performance at round four of the New South Wales Junior Motocross Championships held at Port Macquarie to take five wins from six starts and stamp his authority on the weekend.

Day one on Saturday saw Driscoll on board his YZ125 competing in the 15 years division and up against some good opposition. He and Jy Roberts put on some great racing with Driscoll taking the round win with 1-1-1 results. He didn‰Ûªt have it all his own way with average starts Driscoll had to work hard and had to make quick passes to move up to front pack and challenge Roberts. Mick‰Ûªs relentless pressure finally cracked Guy on the second last lap to take the win.

Moto‰Ûªs two and three saw Driscoll with top five starts and with quick aggressive passes he was able to take the lead by the second lap and ride to victory.

Sunday and it was time to bring out the YZ250F to race in the 15 years 250cc class. This time, Driscoll couldn‰Ûªt quite match the perfect day he had on Saturday but still managed to take the round win with 1-1-2 results.

‰ÛÏIt was a great weekend and the club did an awesome job,‰Û