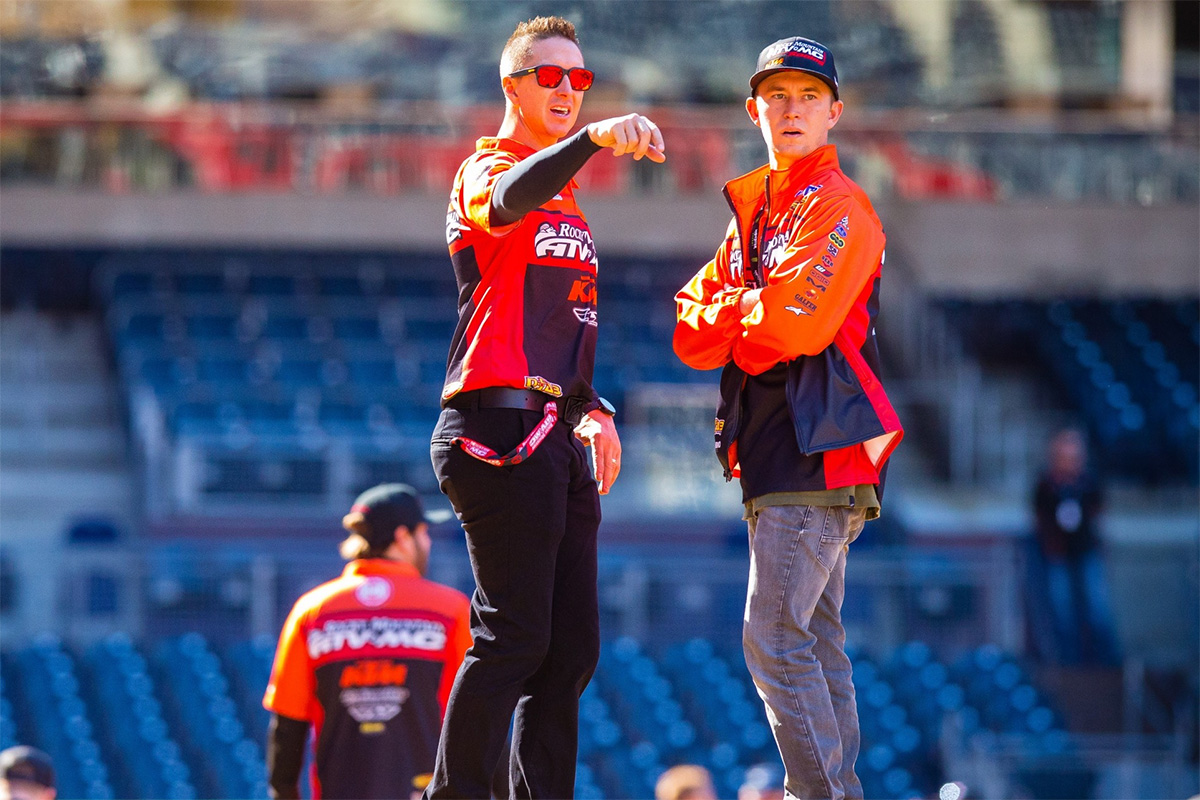 Byrne brings with him a wealth of experience with multiple Australian Motocross and Supercross championships and a seven-time MXON team member to go along with a successful career in both American Motorcyclist Association (AMA) Supercross and Motocross.

Byrne will take over from long time manager Gary Benn, although Ben will still be involved as an assitant for the 2018 event.

The former Australian Motocross and Supercross champion now works as the Assistant Team Manager for the Rock Mountain KTM team in America and MA caught up with the man in charge of the Australian assault on the MXON later this year.

"I always loved riding for the green and gold and now to be named team manager for team Australia is just such a privilege and honour," Byrne said.

Byrne is not a complete stranger to managment having assited previous team manager Gary Benn.

I don't think that a lot of things will change as far duties go," Byrne continuied. "Gary and myself have been sharing duties pretty well the last couple years and it‰Ûªs been working out good. Gary will be happy that he doesn‰Ûªt have to do all the media stuff now though (laughs).

With the event being at Red Bud this year, Byrne also has a welath of experience with the circuit.

"I definitely have some fond memories from Red Bud, it was the track I had my first US MX 450 podium at in 2008," Byrne recalled. "As far as tips for the team goes. One of the most important ones for this race is that you have to ride as a team and not as an individual, which is really hard because motocross is an individual sport. Also just give them advice on my past experiences.

"Condition wise Red Bud is a great track with multiple soil changes. It has a little bit of everything from jumps to hills to sand so I think everyone will enjoy the track. That time of the year it will probably be pretty cool and not blazing hot like when we race there in July which I‰Ûªm sure everyone will like except the US guys (laughs).

Byrne also has some idea's on his management style and thinks it will work well.

"Management style wise I just try keep everyone focused and give them track advice/lines if I see something out there on the track. It‰Ûªs hard to get to hands on when the guys have been doing their thing a certain way all year and it‰Ûªs obviously worked because that‰Ûªs why they are riding for their country! So you don‰Ûªt want to try change to much stuff up at the most important race of the year.

Althogh stepping back from the Team Manager role, Gary Benn will still be involved as an assitant.

"At this early stages I think it will be just Gary and Myself at the race but obviously the whole crew from Peter, Mark, MA and everyone else working on all the fundraisers etc back home to make this happen for whoever gets selected, none of it could happen without everyone‰Ûªs support," Byrne concluded.

Applications for riders to join the Australian MXON team will open tomorrow (July 4), so keep your eyes peeled for your chance to don the green and gold.