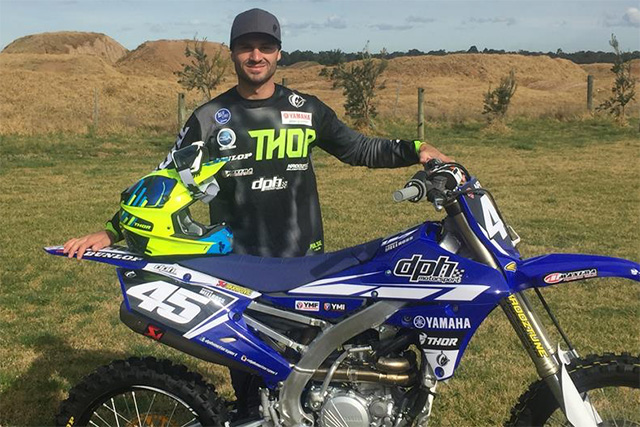 With the AMA supercross regular returning to Australia over the weekend after an impressive season in the US, it's also been confirmed that he will race the final 2 rounds of the Motul MX Nationals in Toowoomba and Coolum.

Team owner, Dale Hocking had this to say: "We're really happy to welcome Hayden back under the DPH awning, not only for supercross but these final few rounds of the MX to get reacquainted with the bike, team and his competition.

"It's no secret that we have a limited budget, and that we are in fact looking for further support heading into supercross, however, Hayden's gone from strength to strength since he went back to the US after the heartbreaking finish at the AUS-X Open, we just couldn't couldn't finish our relationship with him like that.

"We're excited to get back on track with Kade (Mosig) continuing on the YZ450F, while Wilson (Todd) and Hayden race YZ250F's and keep proving that it's possible to beat the factory teams" an excited Hocking said.

Hayden Mellross added, "To finish the Australian Supercross Championship like that really hurt, so after getting back into racing in the US, I expressed interest pretty early to Dale and my mechanic Marty to come back and finish what we started" a motivated Mellross said. "I've just got back from the US and I've been riding with Kade Mosig and Wilson Todd already, I'm pretty excited to get in and mix it up with the guys I'll competing against come round 1 in Jimboomba on September 23".

Hayden Mellross finished the 2016 Australian SX2 Supercross Championship in second place after an unforeseeable mechanical DNF in the final race of the series, handing the title to Jackson Richardson, in one of the most emotional races in the history of both DPH Motorsport and Mellross.