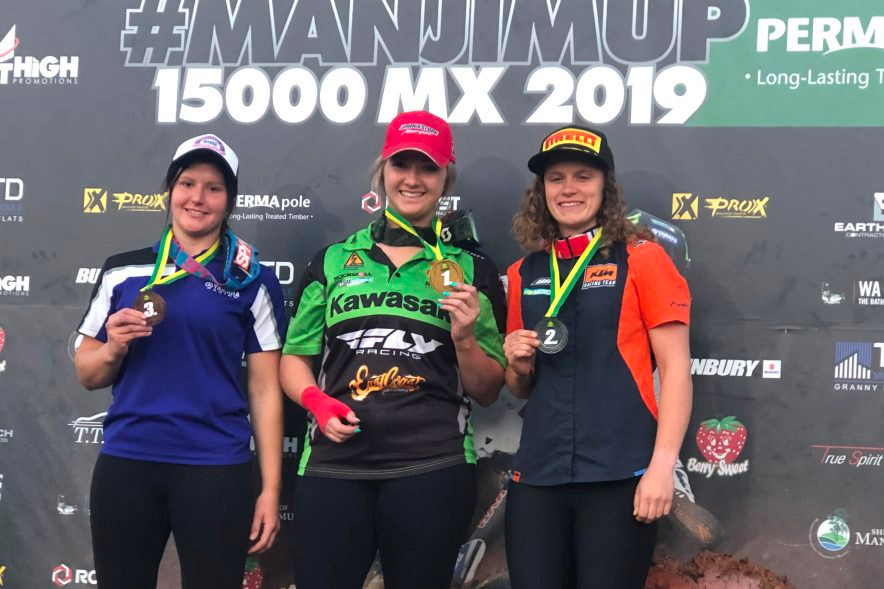 2019 champion Meghan Rutledge (C) with runner-up Jess Moore (R) and Maddy Brown.
Meghan Rutledge has won the Australian Women‰Ûªs MX Championship for the second consecutive year at the final round that was run at the Manjimup 15000 in WA on the weekend.

Lead up for the 2019 season has been even better than last year for Rutledge. Mental preparation and body strengthening empowered her to control the nerves that can creep in; running with the No.1 red plate adds pressure, but that didn't slow her down!

West Australian Jess Moore proved a tough opponent taking three of the four wins on offer at the final round. Rutledge took the first moto win ahead of Moore and followed Moore home on three occasions for three second places. Victorian Maddy Brown rounded out the weekend with third overall with four third place finishes.

With Moore only able to gain seven points in the championship overall Rutledge was declared 2019 champion.

Rutledge will now set her focus on defending her Queen of MX title at the NSW State Titles and participating in the Hattah Desert Race.