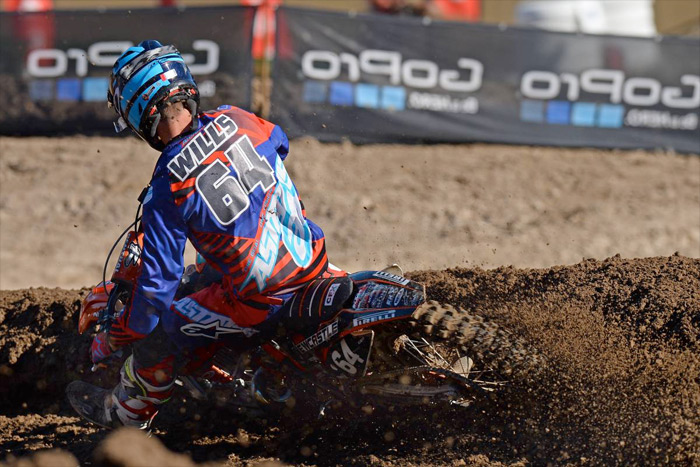 The second round of the 2015 North Privateer Cup was run and won at Raymond Terrace last weekend, with the privateers of the MX Nationals claiming not only impressive results, but also a race win in the Pirelli MX2 Class.

In the Motul MX1 Class, it was privateer Kawasaki rider Daniel McEntee who secured first overall for the round, posting 14th in moto one, and 13th in moto two. While Yamaha rider Mathew McEntee finished the round in second overall, with 21st in moto one and 22nd in moto two.

In the Pirelli MX2 class, local rider Dylan Wills (KTM) performed at the highest level, showing that despite being a privateer, he has what it takes to run up the front.

In moto one, Wills launched off the start, securing the first hole shot of the day, before leading the entire race and taking a career first moto win on home turf.

With the win in race one, and a 13th in race two, Wills not only secured top spot in the North Cup competition, but also claimed third overall in the main MX2 class.

The success for the MX2 privateers didn‰Ûªt stop there ‰ÛÒ Yamaha mounted Ricky Latimer took second overall for the round in the North Cup competition, ahead of fellow Yamaha rider Geordie McGrath who took third.