Mayor of Goulburn set to welcome the ASBK to Wakefield Park 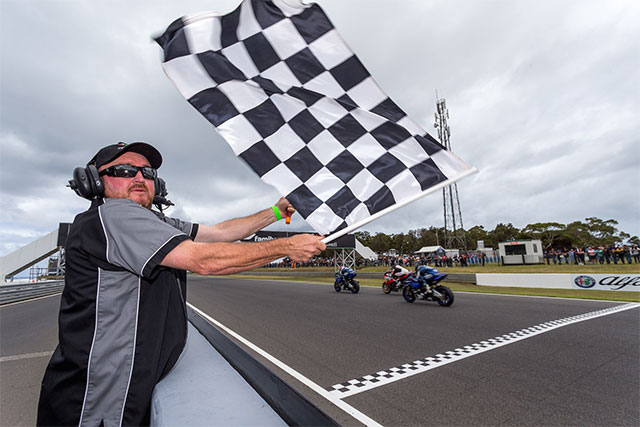 The Goulburn Region, north of Canberra will welcome motorcycling enthusiasts from all over Australia when the St. George Motorcycle Club hosts Round 2 of the Yamaha Motor Finance Australian Superbike Championship presented by Motul Pirelli at Wakefield Park Raceway this Easter long weekend.

The Australian Superbike Championship which is hosted all over Australia, will attract a talent packed competitor pool this weekend, along with teams, manufacturers, support staff, families, a whole bunch of spectators, and is set to inject Goulburn and surrounding regions with a major boost to their economy.

Mayor of Goulburn Mulwaree Council, Geoff Kettle is looking forward to welcoming the Australian Superbike Championship to the region for its second round of the six round series at Wakefield Park Raceway, NSW, this weekend.

‰ÛÏIt is fantastic to have a nationally recognised championship round in Goulburn at Wakefield Park,‰Û