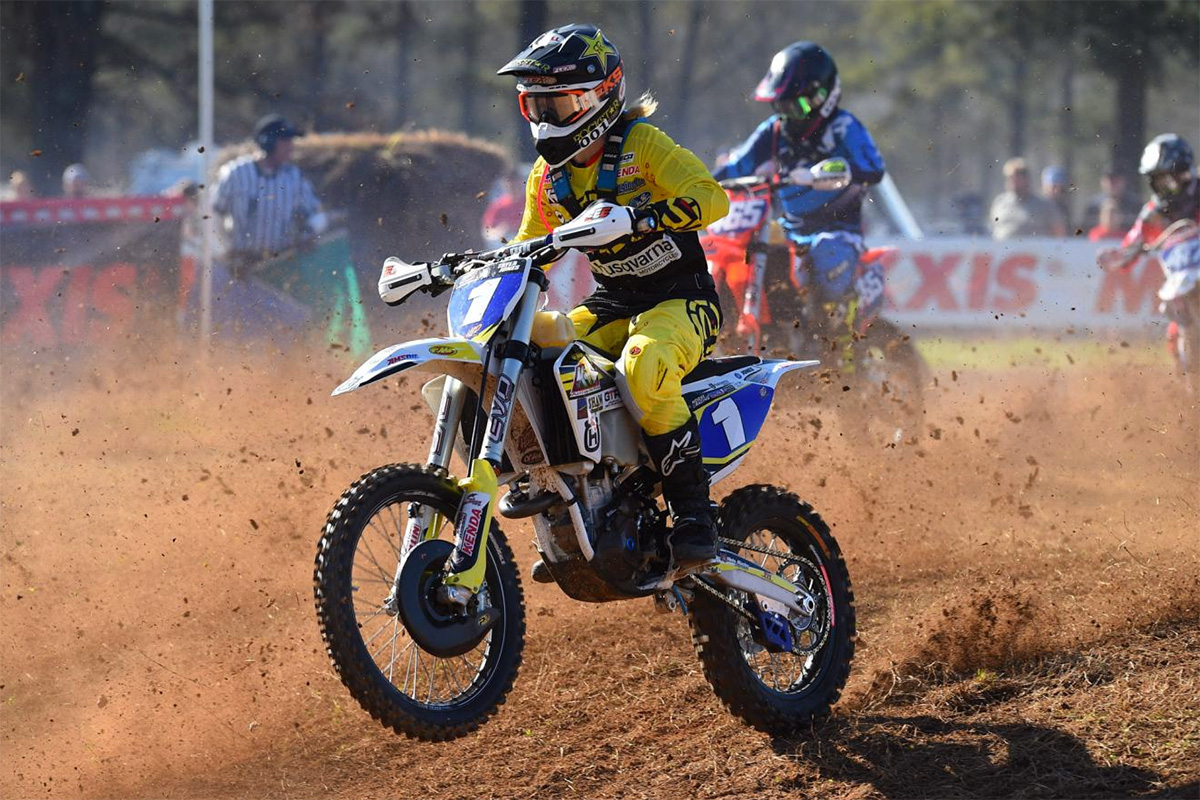 Aussie gun Tayla Jones has a prefect socre card in the 2018 Women's GNCC class after taking her third win from three starts this season at the "The General" GNCC in Washington, Georgia. Photo: Ken Hill
Australia's Tayla Jones has taken her third win in a row in the WXC bike division at the third round of the AMSOIL Grand National Cross Country (GNCC) Series at Washington, Georgia.

Jones's compatriot Mackenzie Tricker pulled the holeshot as the "The General" GNCC got underway. Korie Steede and Becca Sheets, both of Ohio, took second and third off the line. Tricker's lead and race would both be short lived, however, as five miles into the race she suffered a mechanical failure that prematurely ended her race, giving her a DNF for the day. This added to disaster last round when she drowned here bike has spelt a shocker of a start to the season for the Australian.

Tayla Jones got a so-so start, but rapidly mowed through most of the riders early in the lap. Although last and next-to-last off the line, Maryland's Brooke Cosner and Indiana's Rachel Gutish also picked their way through the pack with relative ease. Gutish and Cosner would finally catch and pass Steede for fourth and fifth by taking a faster, though rocky and slippery, line up an embankment. With Tricker's race ending just a few short miles later, they were able to move into third and fourth. 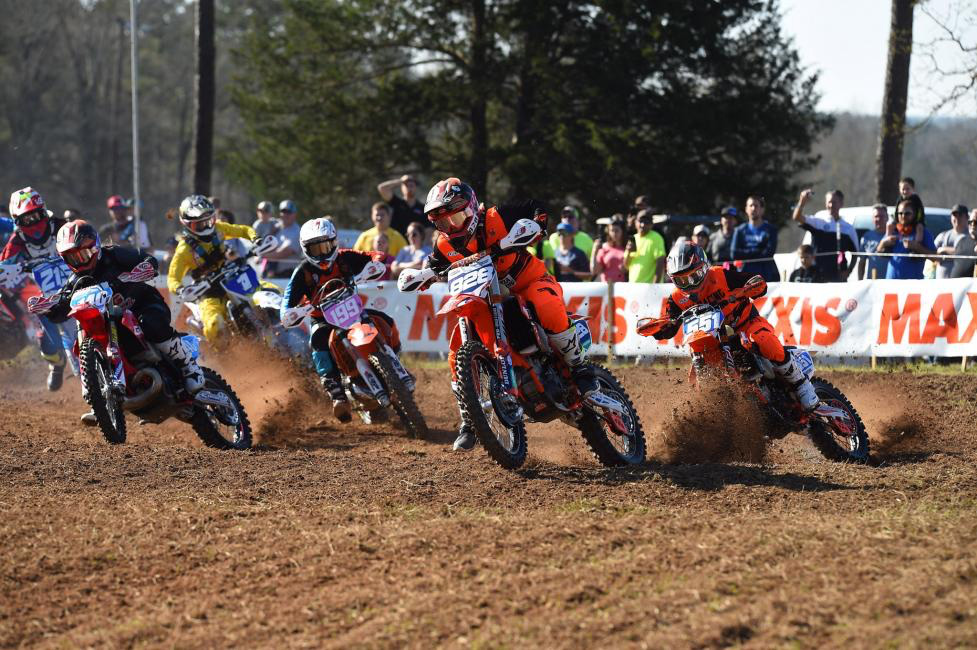 Mackenzie Tricker earned the holeshot in Sunday's WXC 10 a.m. bike race but another DNF has made it a rough start to the season for the Australian. Photo: Ken Hill
Cosner was hot on Gutish's heels, waiting for an opportunity to make a pass. That opportunity came in the mudhole at the eight-mile marker. Gutish took an overly cautious line around the outside, while Cosner took an equally safe but much faster line through the inside. Seeing Cosner make the pass, Gutish took the next corner too quickly in an effort to hold her off, washing the front end out and giving Cosner a twenty second lead going into lap two. Meanwhile, Sheets had a couple of issues on the first lap, enough so that she lost sight of Jones, but not enough for Cosner to catch up after the time spent battling up through the pack.

Putting her head down and charging, Sheets slowly gained ground on Jones and lengthened her lead over Cosner. These top five riders; Jones, Sheets, Cosner, Gutish and Steede, all held their positions through the second and into the third lap, although each was riding virtually alone, with gaps ranging from twenty-seven seconds to over two and a half minutes. 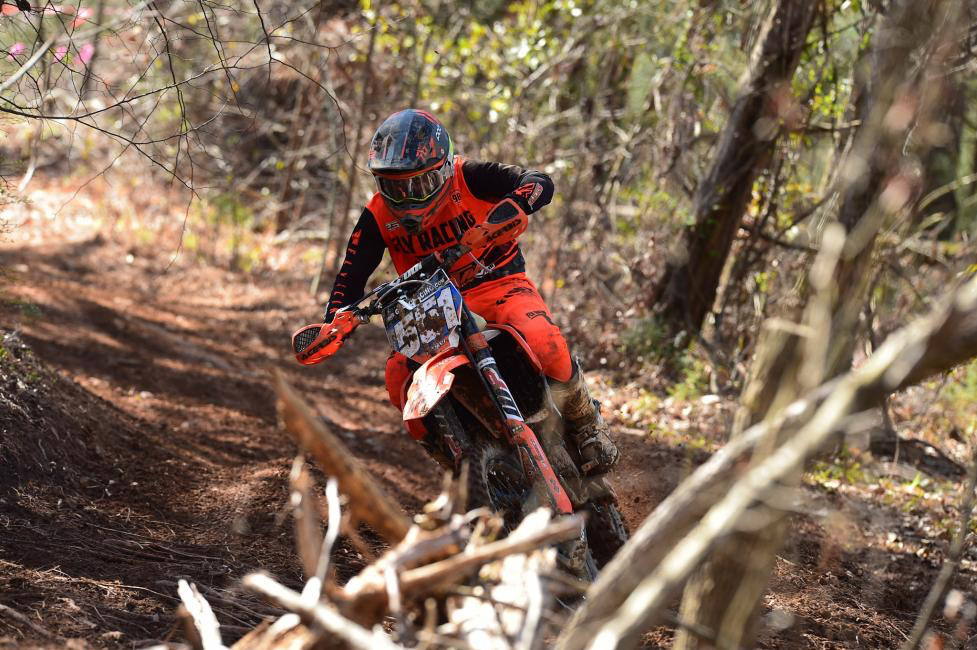 Becca Sheets earned her third 2nd place finish in Georgia, but will be looking to take that top spot in North Carolina. Photo: Ken Hill
At the beginning of lap three, a poor line choice trapped Jones in a mudhole long enough to destroy what was left of her lead over Sheets. Jones stayed just ahead of Sheets for some time before going down, allowing Sheets to take the lead. Right before the Scoring Zone, Jones would pass her back for the lead and retain it through the remainder of the race, taking her third win in a row.

"It was a good day and a challenging track," Jones said, "Once I made my way back to the front I just rode smart for that last lap. I am happy to get the first three rounds done and to have a few weeks off to work on a couple of things."

Though unable to beat Jones for the day, Sheets commented "While it was not a perfect race, our program is improving each round."

Heading into the last lap, Cosner had a comfortable lead over Gutish, who had encountered problems on both the second and third laps. However, in a stroke of bad luck, Cosner's recently submerged bike gave out just four miles from the finish. Unable to complete the rest of the lap, she fell from a podium position back to eighth place. Gutish took the last podium spot, while the younger riders, 16-year old Steede and 17-year old Shyann Phelps of New Jersey rounded out the top five. 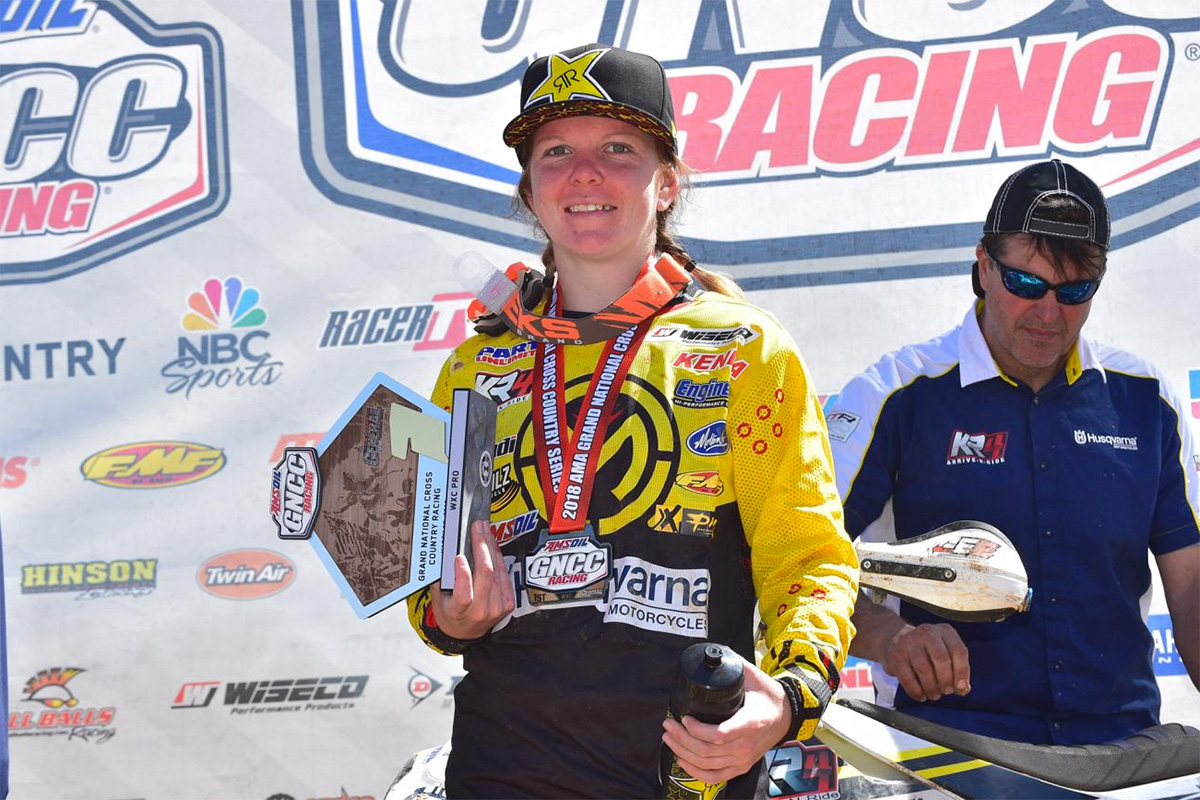