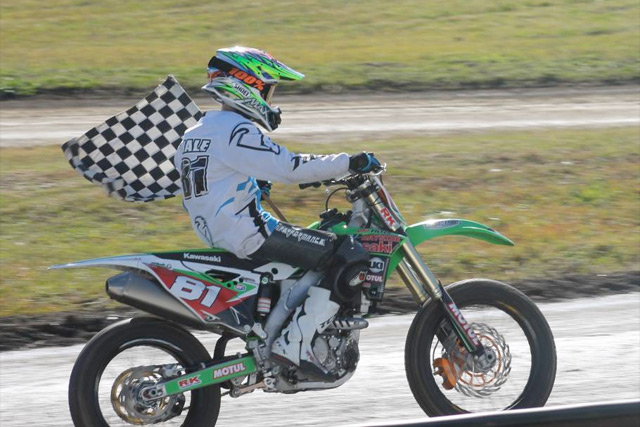 Max Whale has taken his KX250F to the top step of the podium in the 2015 Australian Junior Dirt Track Championship held in Kempsey, NSW over the weekend

After coasting through heat races, Max campaigned his KX250F in two championship classes consisting of a four lap sprint in each race.

This achievement marks Max‰Ûªs 8th title for the year and proves him to be one of the most capable junior dirt track racers in the country.

‰ÛÏI‰Ûªm really happy to come away with an Australian Championship and a 3rd place." Max commented. The KX250F was unreal.

"I would like to thank Bayside Motorsports and everyone at Kawasaki for their support. Also Marty Blake for helping me out with my engine," he added.