Max Nagl Out Of Swedish MXGP As Tonkov Sidelined For Season 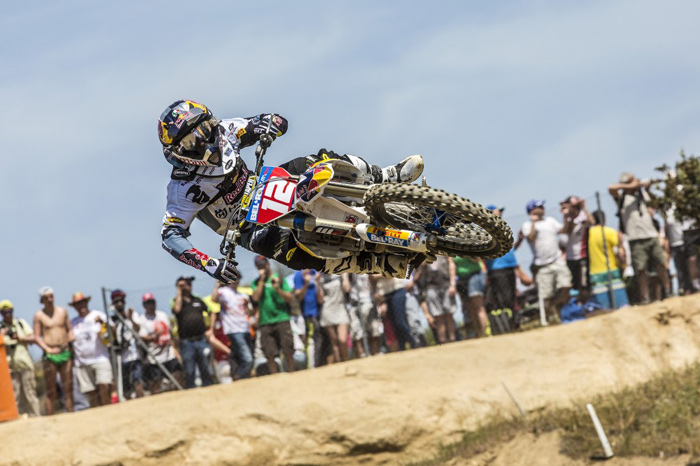 Following on from their respective ankle and shoulder injuries sustained at the GP of Germany, round 10 of the 2015 FIM Motocross World Championship on June 21, Husqvarna Motorcycles has confirmed that Max Nagl will be out of action for the next two GPs, with Aleksandr Tonkov sidelined for the rest of the 2015 season.

In recent days Nagl returned to riding following the successful surgery at the Halle Hospital in Germany, in the hope of competing in this weekend‰Ûªs GP of Sweden.

Frustratingly for the on-form Red Bull IceOne Husqvarna Factory Racing rider extreme levels of discomfort resulted in the decision being taken that he will not compete in this weekend‰Ûªs race at Uddevalla or the following GP of Latvia.

Max is continuing to do all he can to ensure that when he returns to competition at the GP of Czech Republic on July 26 he will be fully fit and ready to once again challenge for GP wins.

‰ÛÏWords can't describe just how disappointed I am about my MXGP championship campaign." Nagl stated. "But as everyone knows in motorsport injuries can quickly change things.

"I am working hard so that when I return I will be able to give a strong end to the season. I really wanted to race in Sweden but it is just too early. The support I have received from my fans all around the world has been amazing, so a huge thanks to them, the IceOne team and all our sponsors.‰Û