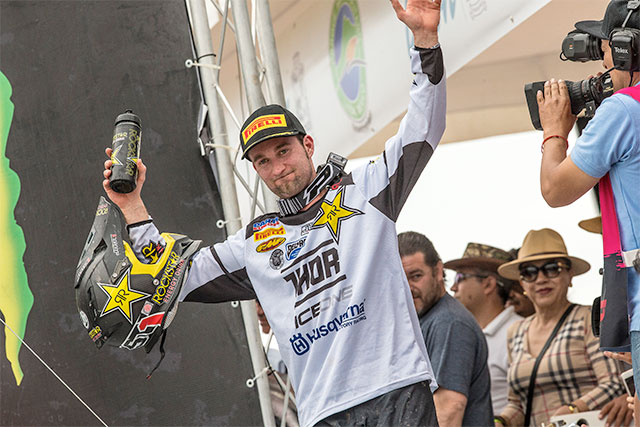 Wrapping up round five of the Motocross World Championship in Mexico with two third place moto finishes as well as third in the GP‰Ûªs overall classification, Rockstar Energy Husqvarna Factory Racing‰Ûªs Max Nagl has moved into the top five of the MXGP championship standings.

Capitalising on the hard work put in by his Rockstar Energy Husqvarna Factory Racing team in readying his FC 450 for the high altitude Mexican GP, Nagl stormed out of the gate to grab the holeshot in both MXGP motos.

Holding on to fourth for the most part of the opening race the German made a late charge that allowed him to pass Evgeny Bobryshev for an eventual third position at the chequered flag. Finding himself in third early on in moto two, Nagl went on to round out the GP of Mexico with another third place finish. 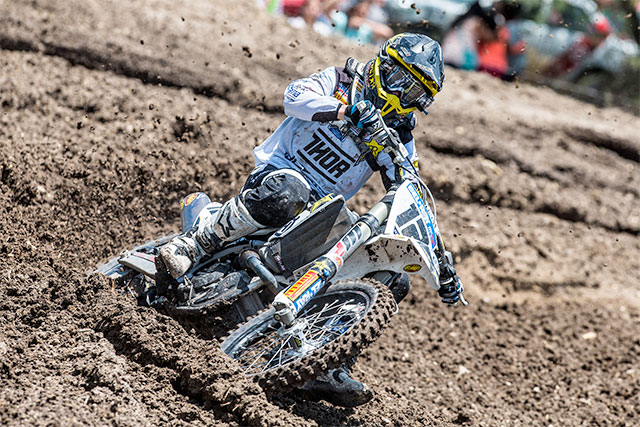 Max Nagl deals with the hard pack Mexican ruts.
"It was another positive weekend for us," Nagl said. "My team has done a tremendous amount of work to prepare my bike for the high altitude of the track in Leon. We changed the setup for this race and managed to earn the holeshot in both motos. In the first moto I was fourth behind Bobryshev but kept pushing hard and managed to make a pass for third with two laps to go.

"In the second moto I got another good start and found myself in third position. Desalle and Bobryshev were really pushing to pass but I managed to improve my speed towards the end of the race and that‰Ûªs positive. We are all working hard and I‰Ûªm happy we‰Ûªre getting closer to our goals every time out.‰Û