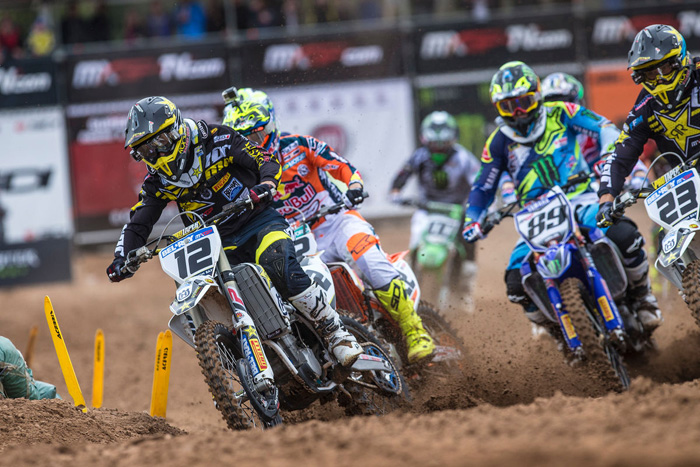 For Max Nagl the GP of Latvia was one of mixed fortunes.

Capitalising on a great start in the opening MXGP moto the Rockstar energy Husqvarna Factory Racing rider found himself in the battle for the top three.

Making a decisive pass on Tony Cairoli for second three laps before the end, the German went on to hunt down race leader Tim Gajser but run out of time and crossed the line as runner-up.

Nagl lined up for moto two knowing that he had the speed to battle for his first overall win of the season.

He powered his FC 450 to the holeshot and was racing in third before seeing Tim Gajser crash in front of him.

Unable to avoid the stricken bike ahead of him Nagl also crashed and had to resume the race in 13th position. Unwilling to give up he reached the finish in fifth for fifth overall at the GP of Latvia.

‰ÛÏOverall, I had a good weekend." Nagl commented. "I got two good starts in both motos, which was really important. Moto one went very well. I was third behind Cairoli but passed him for second a few corners before the end. I managed to get a clean holeshot in moto two.

"Just before the end of lap one as I was racing in third place Tim Gajser crashed in front of me in the whoops. Unfortunately, I hit his bike and crashed too. From then on I had to push really hard to make it back to the top five. It‰Ûªs a bit frustrating the GP ended like that.

"I showed I can fight for the overall win but missed the podium by a few points. Luck wasn‰Ûªt on our side but my speed was very good and that‰Ûªs the most important thing as we‰Ûªre heading to my home GP in Germany next weekend.‰Û