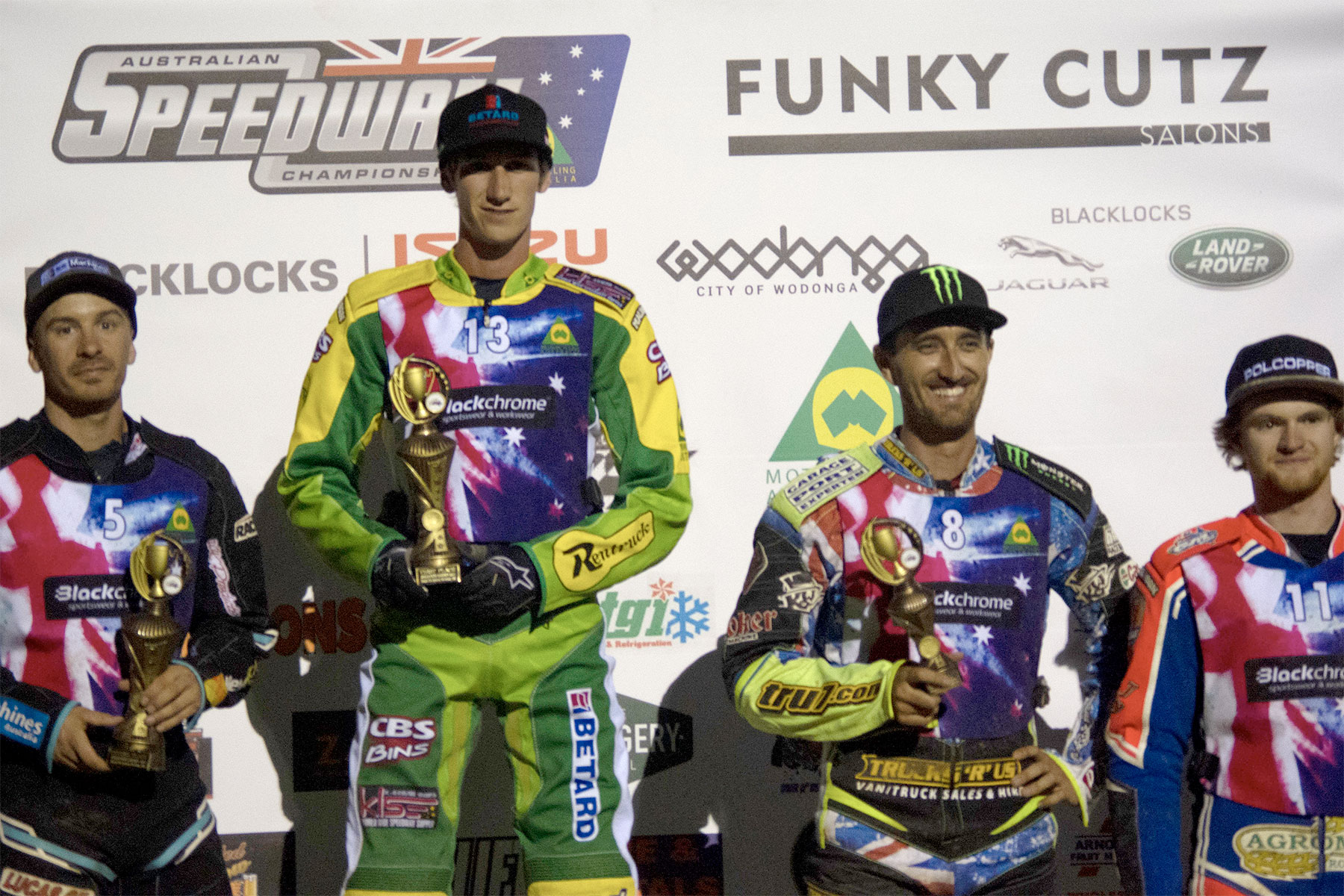 Under the setting Albury sun, with music blaring and a travelling company of Belle Vue fans keeping a keen eye on their favourite, Max Fricke, Round 4 of the 2019 Australian Senior Solo Speedway Championship was a treat for riders and fans alike.

In front of a packed-out crowd, Fricke took the overall win and expanded his lead to eight points ahead of Rohan Tungate and Chris Holder.

At a new and improved track hosted by the Albury Wodonga Motorcycle Club, riders navigated a wider track that played well into the hands of Rohan Tungate, Nick Morris and Max Fricke.

Although comfortable on the track, Morris just couldn‰Ûªt keep up the pace with his competition and finished the evening in eighth place. Sixth place was awarded to Jaimon Lidsey, who took out two wins, one second and two thirds, scoring a total of 10 points for the round. Lidsey qualified for the B Final but couldn‰Ûªt manage to push his way through, finishing the race in third. Ahead of Lidsey on 12 points was the fiery Jack Holder, who achieved two wins, two seconds and a third during his heats. Holder‰Ûªs efforts yesterday evening qualified him into the B Final, against the likes of Lidsey, brother Chris Holder and Sam Masters, where he finished second.

In an impressive turn of events after a quiet start to the Championship, Brady Kurtz ended the evening in fourth place, scoring a total of 12 points. Kurtz came into the evening with a fire in his belly, dominating quickly and early in his heats, taking out two wins, two seconds and a third! Automatically qualifying into the A Final, Kurtz unfortunately seemed to lose the momentum he worked tirelessly to build, ending the race and round in fourth place behind Chris Holder.

On 12 points and in third place overall for Round 4, Chris Holder gave spectators an unforgettable show as he clawed back from a slow start in Heat 1, taking out two firsts, one second and two thirds, and qualifying into the B Final. As the Albury temperature dropped, Holder‰Ûªs determination turned up the heat, blazing a trail and keeping his rivals at bay behind his tail. Taking the win in the B Final and therefore securing the remaining spot in the A Final, Holder just couldn‰Ûªt push past Tungate and Fricke, settling instead for third place overall at Round 3.

Second place overall was clinched by Rohan Tungate, ahead of Holder on 17 points. Tungate had a fantastic evening where he was a devil behind the bars, dominating the evening with four wins and one second place finish during his heats. Qualifying immediately into the A Final, Tungate had his sights set on the gold and top podium glory, but couldn‰Ûªt match Fricke‰Ûªs speed, finishing the race and round in second place.

Reflecting on the evening and ride at Albury‰Ûªs new and improved complex, Tungate stated; ‰ÛÏIt was a tough match and the track wasn‰Ûªt ideal in the end. The club did a really great job overall, but the track just didn‰Ûªt work, so it was a tough round.

‰ÛÏI‰Ûªm definitely looking forward to Kurri Kurri! It‰Ûªs my home track and feel comfortable on it, so I just need to go in with a clear head and try and get the win!‰Û 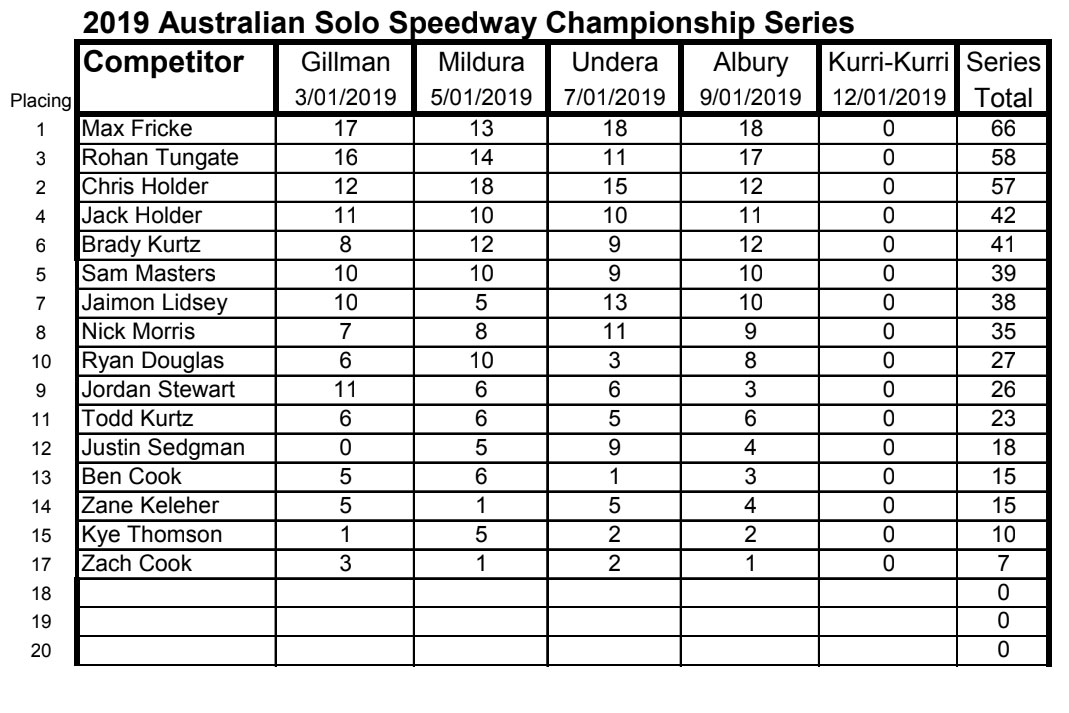