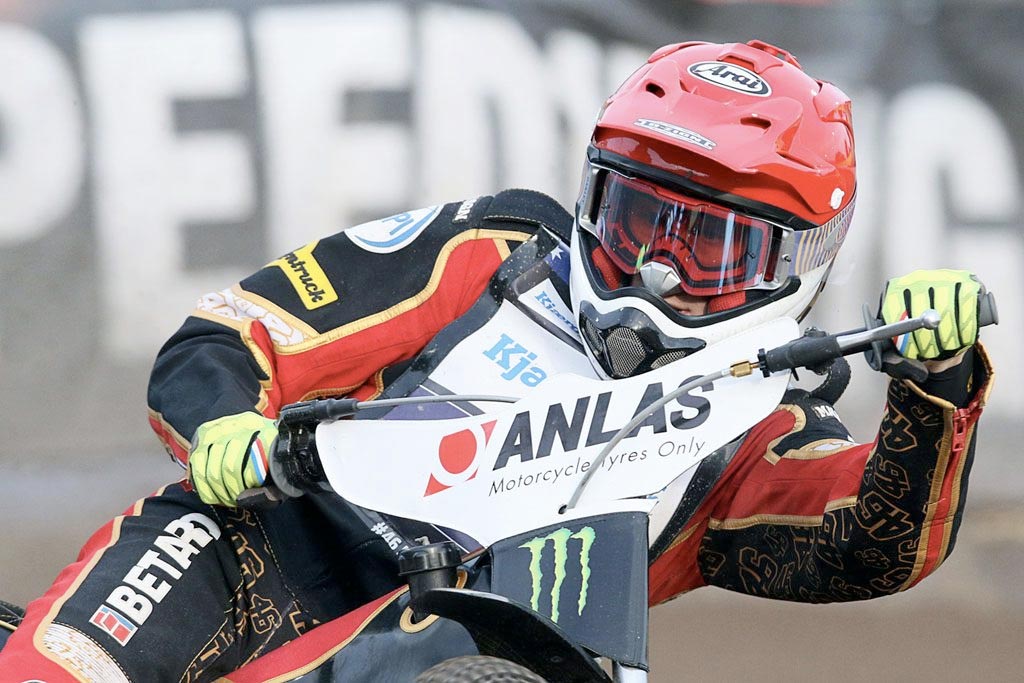 Max Fricke. Photo: SGP
Max Fricke will bid to put his Hallstavik home-track knowledge to good use after being called up for the Norrbil Swedish SGP on July 6.

The SGP second reserve steps into the meeting in place of the absent Greg Hancock, who continues to care for wife Jennie, who is battling breast cancer in California.

The Australian joins Rospiggarna team mate Robert Lambert in the meeting, with the British champion already drafted in to cover for the injured Tai Woffinden.

The opportunity comes as a boost to Fricke after he topped the ANLAS Czech SGP scorechart in Prague on 12 points, before exiting at the semi-final stage.

Lambert has also taken his SGP chance with both hands, reaching the semis in both Warsaw and Krsko, before missing out on six points in Prague.

Both men will be keen to make the most of their local knowledge when they join their Rospiggarna colleague and SGP regular Jason Doyle in the field for one of Sweden‰Ûªs biggest nights of racing.