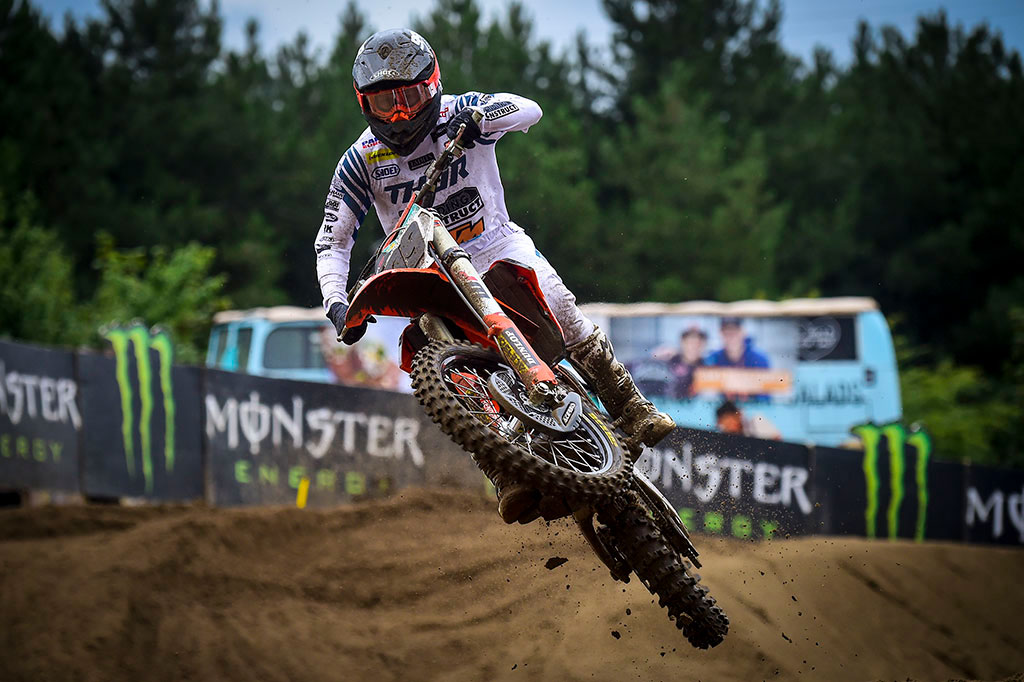 Brit Max Anstie took his first pole for the year in MX1.
Under the Belgian sky and around one of the toughest motocross circuits in the World the MXGP and MX2 riders completed their qualification races kicking off the 14th round of the FIM Motocross World Championship which is taking place in Lommel, Belgium.

Max Anstie took his first qualifying win of the season with a strong performance in the deep, dark sand of Lommel. Continuing his love-affair with the circuit where he had previously won three Grand Prix‰Ûªs in the MX2 class, the British rider once again proved to be one of the best sand riders in the World. Second behind Anstie was Team HRC‰Ûªs Tim Gajser and third was Monster Energy Yamaha Factory MXGP‰Ûªs Romain Febvre while in MX2 Jorge Prado pulled off yet another start to finish victory in the MX2 qualification heat, finishing ahead of Team HRC‰Ûªs Calvin Vlaanderen and Tom Vialle. 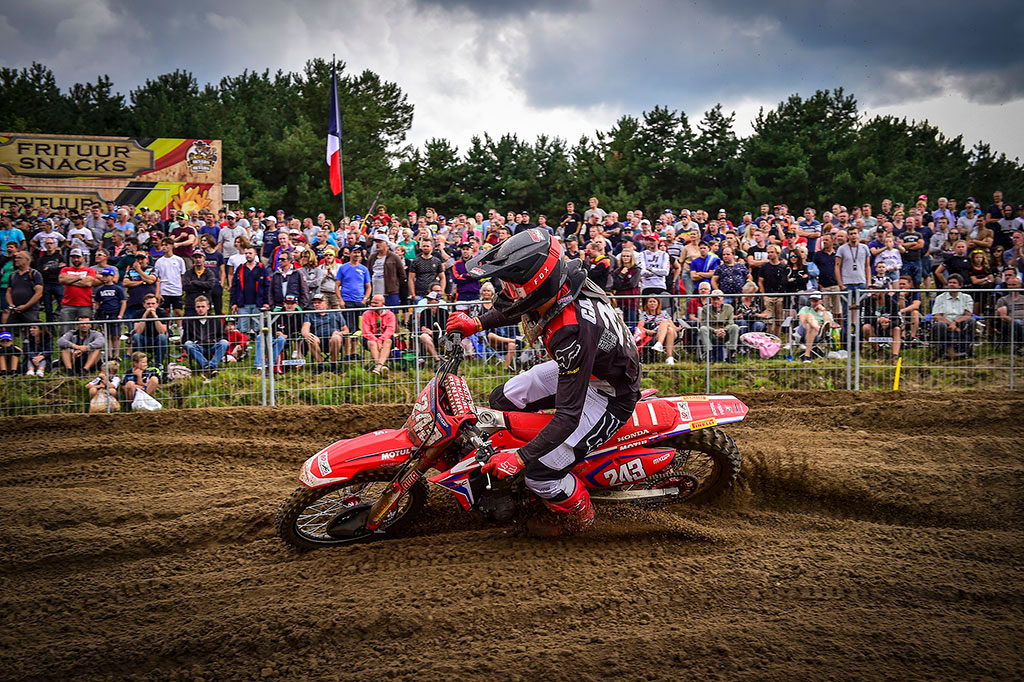 Team HRC‰Ûªs Tim Gajser put in a strong performance to take second at the MXGP of Belgium qualification race, held in the deep sand of Lommel.
Febvre moved up to sixth position on lap four and Glenn Coldenhoff and Ivo Monticelli were eight and ninth ahead of Shaun Simpson, who was 10th. Anstie closed in on Gajser and he moved into the lead on lap four while Paulin crashed and dropped to 11th.

After six laps Anstie had moved nearly six seconds away from Gajser, with Tonus third, then Seewer and Van Horebeek rounding out the top five. On lap seven Seewer and Tonus both collided, but both riders stayed on their bikes. Seewer made a mistake and crashed while chasing Tonus and dropped back to eight position. 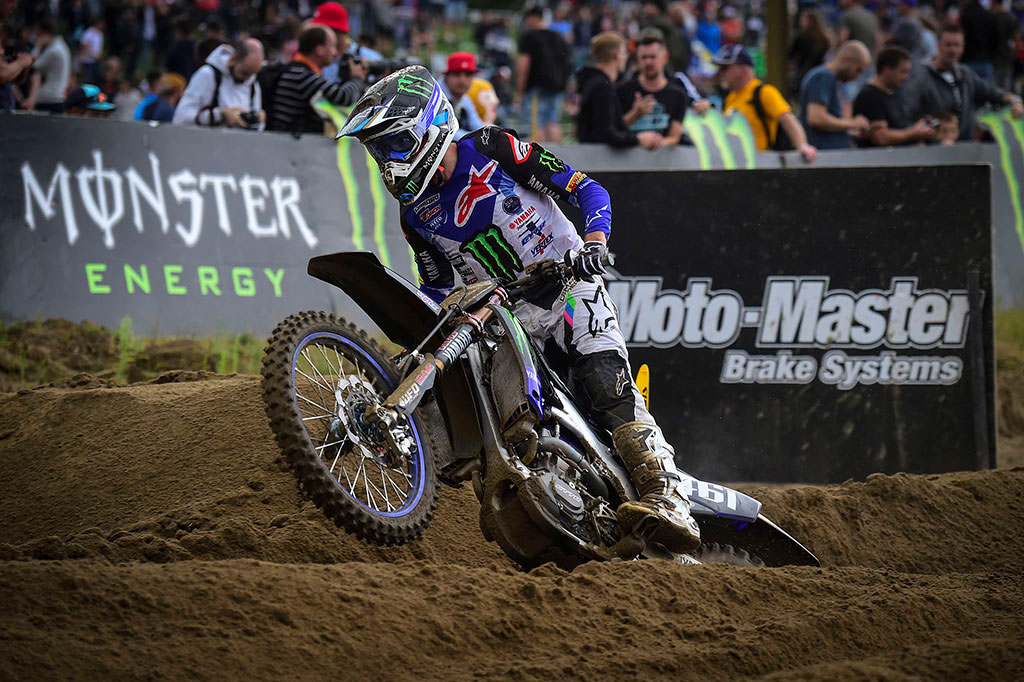 Frenchman Romain Febvre will start tomorrow with third gate pick in MX1
Febvre made a brilliant charge back into third place and Simpson moved into eighth place ahead of Monticelli and Coldenhoff, who rounded out the top ten. Anstie won his first qualifying heat of 2019 from Gajser and Febvre.

‰ÛÏIt is a great feeling and it‰Ûªs also amazing for the team, they worked a lot for this. I know it is only Saturday but I got away from Tim (Gajser), I really like this track, it is really rough, I tried to keep some energy for tomorrow. We will get on it," Anstie said. 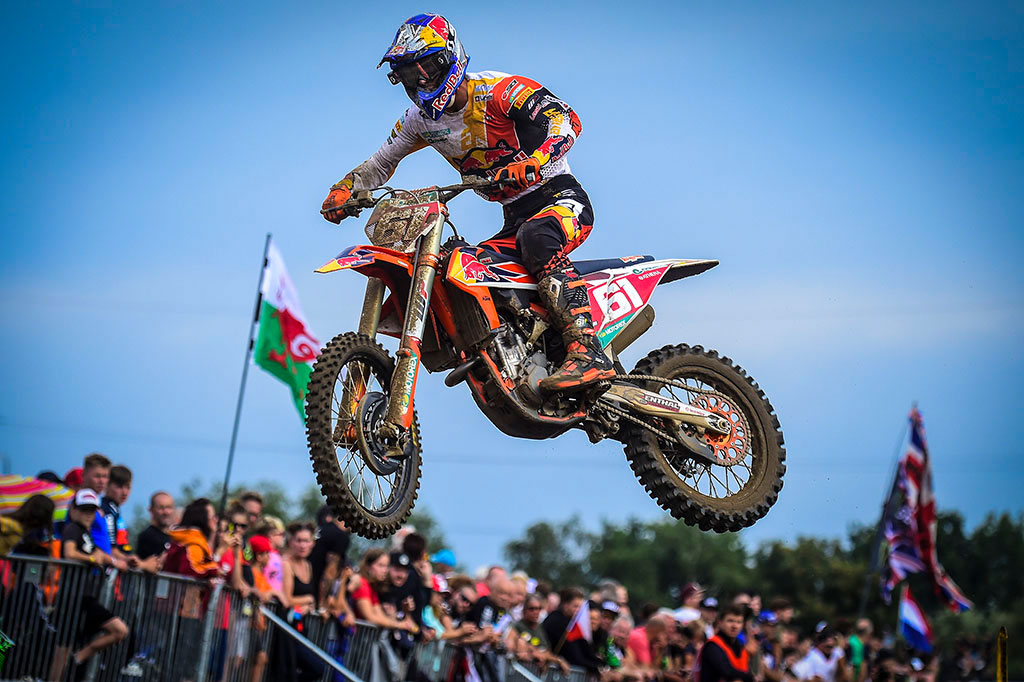 After two laps Prado held a three second lead over Vlaanderen while Olsen was up to 14th place. Two laps later and the lead was more than seven seconds, with Olsen managing to regroup into the top ten. Top ten after six laps was Prado, Vlaanderen, Vialle, Watson, Jacobi, Sterry, Geerts, Genot, Boisrame, and Olsen. 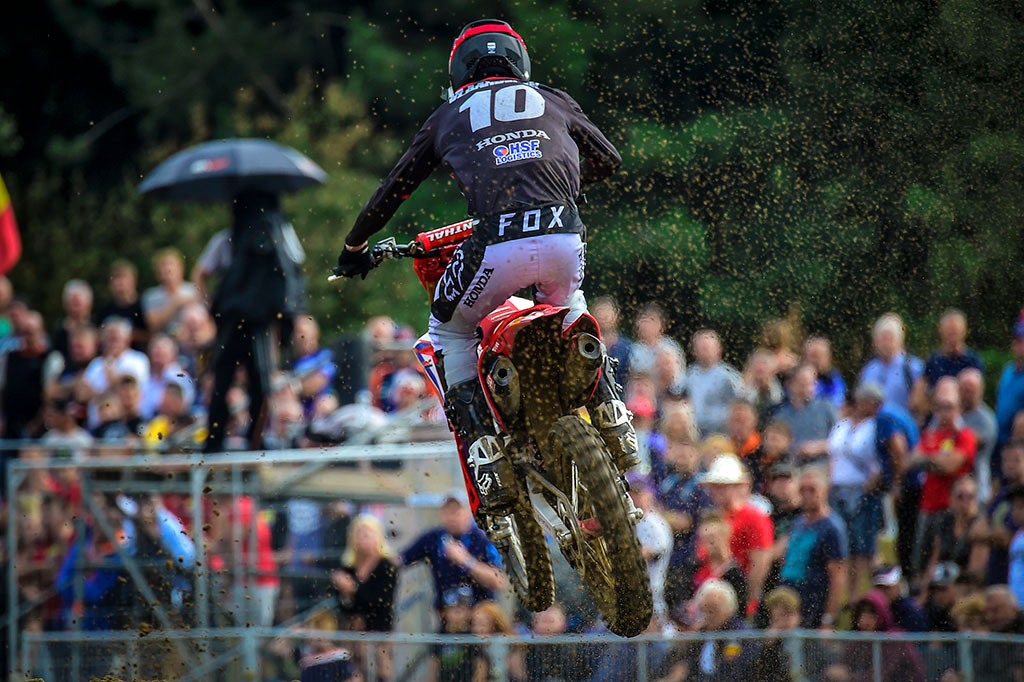 Calvin Vlaanderen continued his good speed from the Czech Republic but also showed consistency and smooth riding, holding off those behind him to finish with second gate pick for MX2
The lead of Prado was extended to more than 16 seconds as Vlaanderen held a slight lead over Vialle for second, then Watson, Jacobi, Geerts, Sterry, Genot, Olsen and Boisrame. Geerts was all over Jacobi for fifth place after going down early in the race. Geerts moved into fifth, and then fourth when he passed Watson.

Jorge Prado won his 10th qualifying race of the 2019 season 26 seconds ahead of Vlaanderen.

‰ÛÏI got the holeshot and I just controlled the whole race, I had some good lines trying to save energy. I‰Ûªm looking forward for tomorrow!," Prado said. 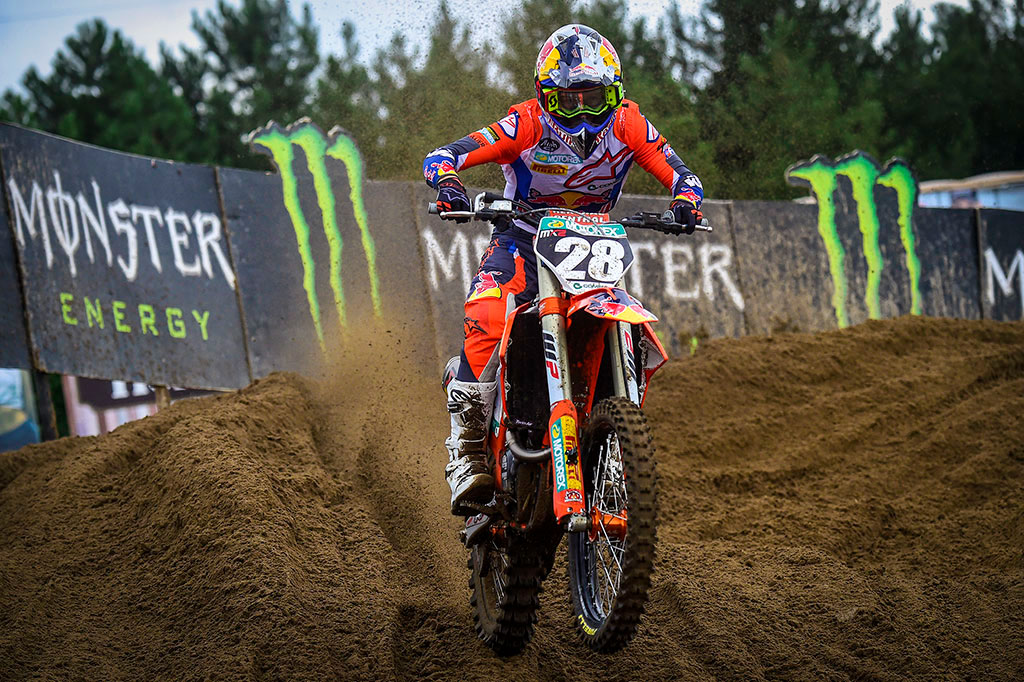