Maverick Vinales To Receive Rookie Of The Year Title At Valencia 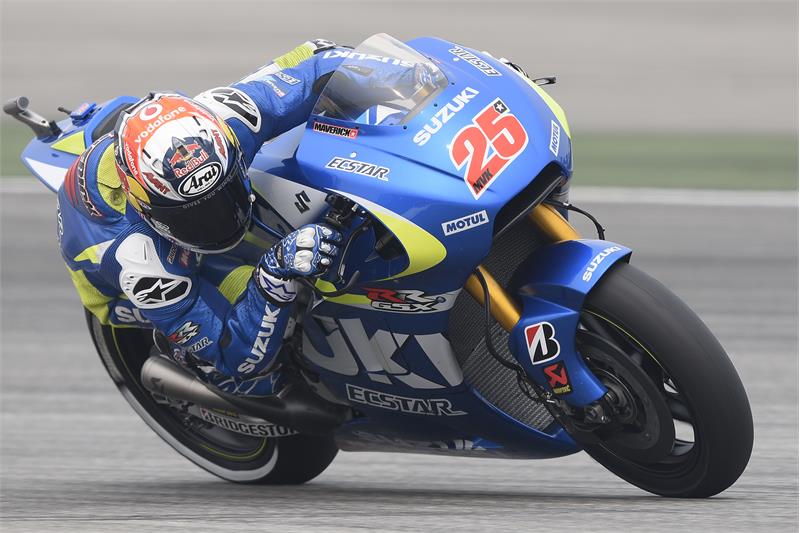 The last race of the 2015 MotoGP‰ã¢ World Championship is about to take place at the Circuito de la Comunitat Valenciana and the enthusiasm of Team SUZUKI ECSTAR is buoyed by the fact that their rider Maverick ViÌ±ales is already winner of the Rookie of the Year title.

The young Spaniard leads the special classification with 92 points, making his first season in the Top Class a positive one.

His path to the title came through consistency; although his performances in some races were not as good as he was expecting, his riding skills and efficiency on the Factory GSX-RR has constantly improved. The positive side of his performance is highlighted by the fact that he has always been inside the top 15 and well into the points in 15 GPs out of the 17 raced so far.

On Sunday evening he will be crowned Rookie of the Year at the annual FIM MotoGP Awards Ceremony 2015.

‰ÛÏFor sure I‰Ûªm happy for having taken the Rookie of the Year title, even if it wasn‰Ûªt my priority it is a good feeling." Vinales said. "My objective for this year was not to focus on the classification but to learn as much as possible with the new class and the new machine; also being a Factory rider in a fully organised Factory team.

"This has been an amazing experience, I could learn a lot and I feel I still have much to gain, this keeping my ambition always high. The race in Valencia will be important as all the others, we are very close to the 100-points target and not so far from the top 10 in the Championship; it will be hard but it would be a good result after the positive season.

"I like the circuit, it could also be good for our machine‰Ûªs layout and the fight will be very interesting. We have developed a way to approach the race that makes me feel comfortable, I like to work hard to prepare for the race and this is basically what we are going to do.‰Û