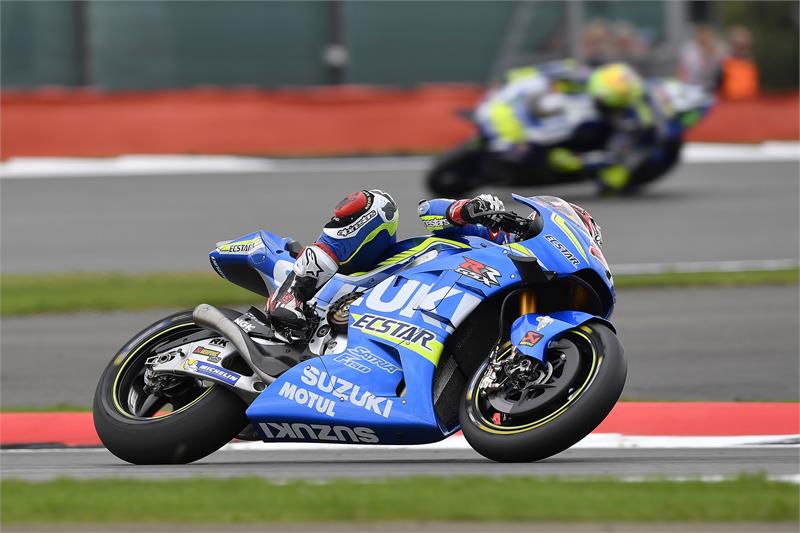 After the stunning victory at Silverstone, Team SUZUKI ECSTAR heads to Misano Adriatico for the 13th race of the season this weekend, with Maverick ViÌ±ales fresh from his first MotoGP‰ã¢ win.

The weekend in the UK was a milestone for Suzuki, winning its first MotoGP grand prix race since a return to the World Championship and nine years after Chris Vermuelen‰Ûªs previous Suzuki victory at Le Mans, France in 2007.

The next round at Misano is expected to be intense as well, being the second race in a row for the team with no time to recover from Silverstone. ViÌ±ales will get to the Riviera Adriatica not only with the emotions of the victory, but also with the awareness that his machine is performing well, which has given him better feelings; similar to team-mate Aleix EspargarÌ_, after the improvements he also made in the last race.

"I‰Ûªm still enjoying the happiness for my first MotoGP victory and also the first for Suzuki recently." Vinales admitted. "The last race at Silverstone has been simply perfect, this as a result of the excellent job we have done as a team.

"Although I like Silverstone, and I had good feelings for the weekend, winning a MotoGP race is never an easy thing, and it came because both me and the bike have improved a lot, both in this year-and-a-half and also over the weekend in the UK.

"I feel comfortable and confident, my crew and the factory are supporting me with their best efforts and the victory is a reward to our job. After such an emotional weekend it is good to go immediately racing again and I will exploit this enthusiasm as a further push in Misano. The circuit is a good one, but also the GP is always emotional for the people and the supporters; last year was an amazing scenario and I hope we will feel the same affection this year.‰Û