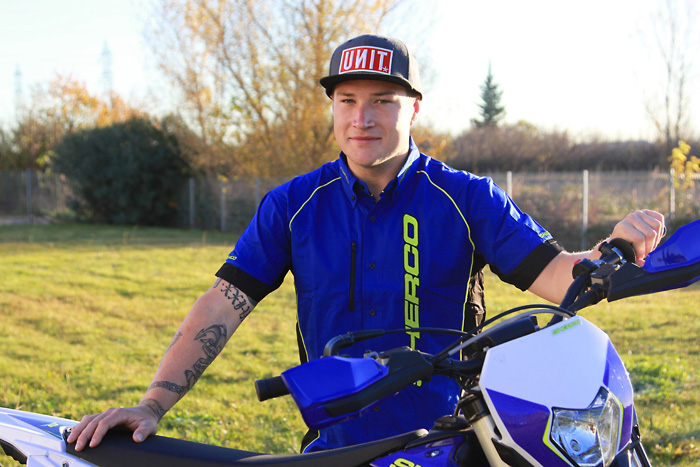 Sherco have confirmed that they have signed Matthew Phillips to race for the CH Racing team to contest the 2016 World Enduro Championship.

At only 22 years old the Australian already had two world titles to his name winning the Junior world title for riders under the age of 23 in 2013 then backed that up with an amazing debut year in the senior ranks where he claimed the 2014 World E3 title.

With the changes to the World Enduro Championship (WEC) seeing the top sixteen riders in the world compete head to head with no restriction on bike capacity, Phillips has chosen the Sherco 450 SEF-R to contest next years series.

Along with the entire WEC series, Phillips and Spanish team-mate Lorenzo Santolino will also race selected international events throughout the year.

"I am very pleased to be joining the Sherco organisation and racing on the CH Racing team which a few years ago led me to discover the World Enduro Championship." Phillips commented.

"It's really great to be on a new motorcycle. I was surprised by the bike, it feels really comfortable and I'm beyond excited to return to competition."

"It is important for us to rejuvenate our workforce and think about the future." Marc Teissier from Sherco added. "Matthew, who has already won two World Championship titles, will give a more international image to Sherco in countries where we are in the developmental stage.

"The factory and CH Racing will work hand in hand so that he has the best possible equipment," Teissier ended.