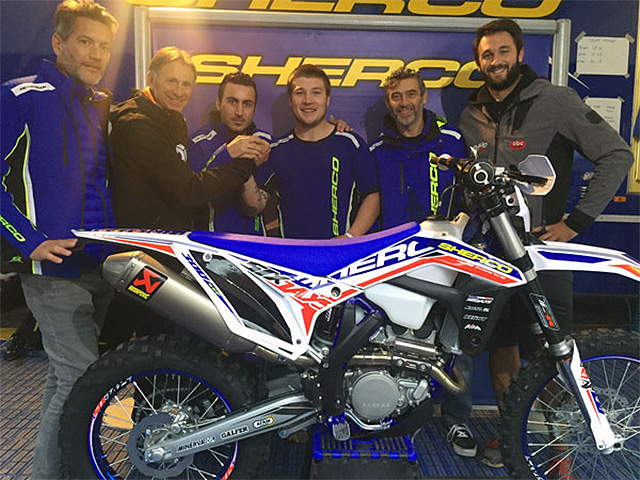 A few months ago Matthew Phillips announced his highly dramatic withdrawal from EnduroGP, saying he would be out for at least a one year sabbatical.

But now the multi-champ has changed his mind... and we will find him in the paddocks of the 2018 Championship after all! Phillips will make up one part of a new and rejuvenated Sherco CH Racing team.

But why such a surprising turnaround for the Australian? With next year's return to three categories plus a "scratch" EnduroGP class, Phillips was satisfied with the format changes. What also urged him to renew, in agreement with his manager Fabrizio Azzalin, was the following objective: to repeat his 2016 feat; to win the EnduroGP title and a class title! In any case, it is excellent news for the Maxxis FIM EnduroGP World Championship, which has kept one of its most charismatic and popular riders, who has, to everyone's surprise, found new sources of motivation in the last few weeks.

To accompany Phillips, Sherco decided to "repatriate", Brit Jack Edmondson! The 2016 FIM Youth 125cc World Champion and son of Paul Edmondson, had made the decision to head to the USA for 2017 after a lack of contracts available in EnduroGP and with a nice offer to race in the GNCC.

A great addition to the firm run by the Teissier family, who have now become a clear favourite in the race for the Junior title. Especially as Edmondson will be supported by the French hope Theo Espinasse, who impressed in the European Championship earlier this year before a knee ligament injury.

Finally, there will be another Brit to complete the Sherco CH Racing team, Dan Mundell arrives in the 125cc FIM Youth category with the French factory's new 125 model. The rider from Devon completed a brilliant 2017 ISDE in Brive-la-Gaillarde, and also impressed in Spoleto as a wildcard, taking a podium in the EY class.

Tthe Sherco Factory will expect to shine bright in the paddock with potential in all classes, and serious title aims in EnduroGP, Junior and Youth 125cc!