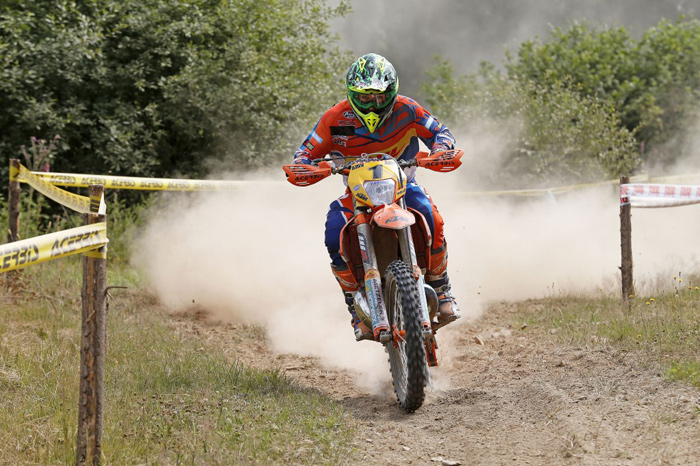 Australian Matthew Phillips has been named as one of the sixteen riders who will make up the newly announced EnduroGP class when the 2016 MAXXIS World Enduro Championship commences in 2016.

The new category that will see the worlds best Enduro riders go head to head on any size bike of their choice will be made up of a maximum of 16 riders, which will bring together the top 4 riders in the general standings of E1, E2 and E3 as of the conclusion Grand Prix of Italy that was held at Rovetta on 21 June 2015.

This list of 12 riders has been completed by 4 wild card entrants, each having previously won either an FIM Enduro or SuperEnduro World Championship.

Depending on the places available the FIM Enduro Commission may register one or more additional wild card entrants.

Top Image: Australian Matthew Phillips has been announced as one of 16 riders in a all new SUPER Enduro Class for the 2016 Maxxis World Enduro Championship.