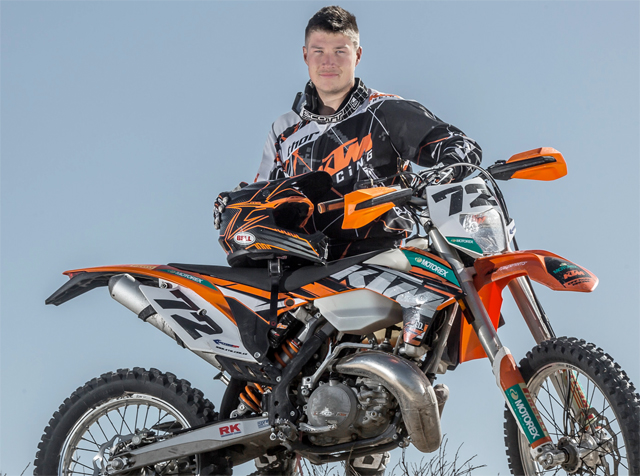 The most consistently successful off-road racing team of recent years, Motorex KTM Off-Road has announced that Matt Phillips and Peter Boyle will join Toby Price in the squad for season 2014.

The team, which is again managed by seven-time Aussie champion Brad Williscroft, will target the brand new KTM Australian Enduro-x Nationals series, the Australian Off-Road Championships and the Australian 4-Day Enduro championship, as well as Hattah and Finke desert races.

Phillips, who this year won the World Junior (Under 23) Enduro Championship at his first attempt and will contest next year‰Ûªs World Championship with the high-profile Farioli KTM team, is fortunate to be able to attend almost all the Aussie team‰Ûªs target events as well.

‰ÛÏI‰Ûªm really excited to join the KTM family and I‰Ûªm looking forward to working alongside Brad and the team that I always imagined I‰Ûªd be a part of." Phillips stated. "I‰Ûªm real excited at the opportunity to race overseas in the World Championships, then race with the guys here and hopefully share some of the things we‰Ûªre doing in Europe with Brad and the guys.

"Best of all I‰Ûªll get to visit my friends and family during the season as well. I have 8 weekends of racing with the world championships and I haven‰Ûªt finalised my timeline yet but it looks like I‰Ûªll get to almost every race the Motorex team has targeted including Hattah and some of the other desert races that it can offer." 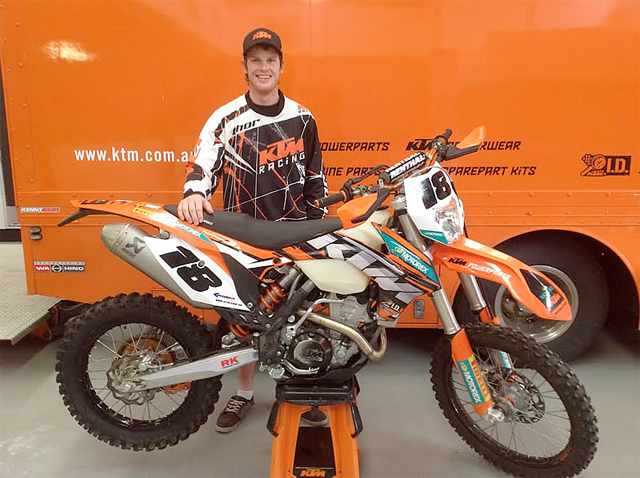 Peter Boyle will join KTM for the 2014 AORC, EnduroX and selected Desert races in 2014 - Credit: FourohFour
Peter Boyle, one of the most versatile and skilled riders racing in Australia, competed at national level across enduro, cross country, enduro cross, desert and even motocross in 2013, and is excited about the prospect of joining the Motorex KTM lineup.

‰ÛÏI‰Ûªm over the moon." Boyle enthused. "I‰Ûªm really grateful about the opportunity Wonka and KTM have given me to work with a great team and I‰Ûªm really looking forward to next year. I hope I can really perform and bring some results to the table.

"The KTM250EXC-F feels awesome; it has great power and just handles really well and I‰Ûªm feeling confident and comfortable on it already. I feel like I can get some results with it. I know both my new team mates well and get along awesome with them so there should be some good times to come.‰Û 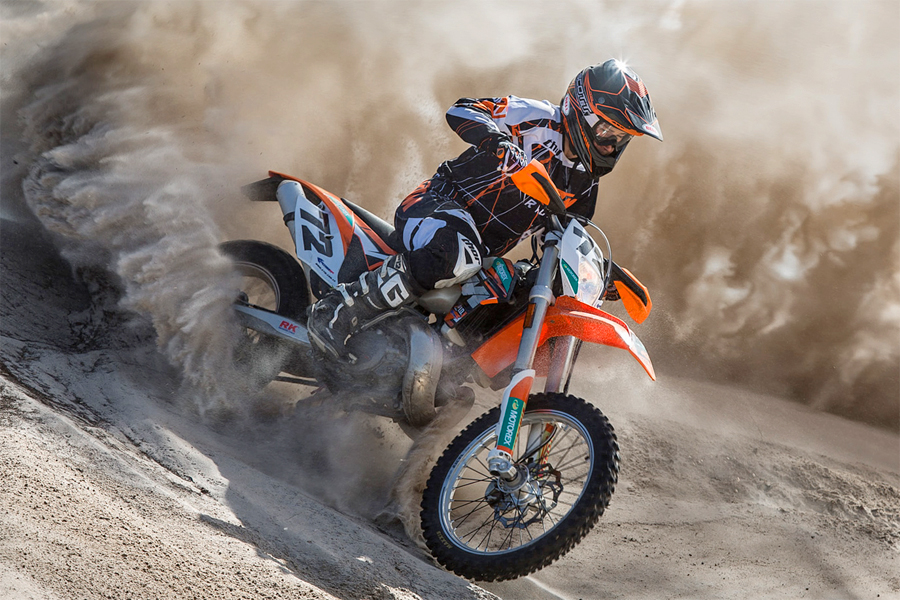 Matthew Phillips gets to know his 2014 KTM Race Bike - Credit: FourohFour
Williscroft is excited about his teams 2014 prospects after an can not wait to get racing underway with his new line up.

‰ÛÏIt‰Ûªs a very exciting lineup for us for 2014." Williscroft commented. "Toby‰Ûªs accident was a big setback for him and the team, but he‰Ûªs back and healthy and we hope he can surpass his 2013 peak and prove the time away has only increased his motivation and love of the sport even more.

"Matt, well everyone knows how talented he is, he can do anything. It‰Ûªs worked out really well that he‰Ûªs signed with the Farioli KTM team in Europe and we're going to have him back for a number of AORC events, the Four-Day and maybe Hattah.

"Peter has been around a few years now and he‰Ûªs very talented and in my eyes has never really been given the opportunity to prove just how talented. The new Enduro-X series is one of our points of focus this year, and he's great in that discipline as well as in the faster races like Hattah.

"With more guidance and support from the team we hope he will really shine this year," the experienced team manager concluded.

Top Image: Matt Phillips will once again split his time between Australian and the World Enduro Championship though will be KTM mounted for 2014.
Photo and Video Credit: FourohFour