Matthew Phillips and Kyron Bacon Team Up For AROC Assault 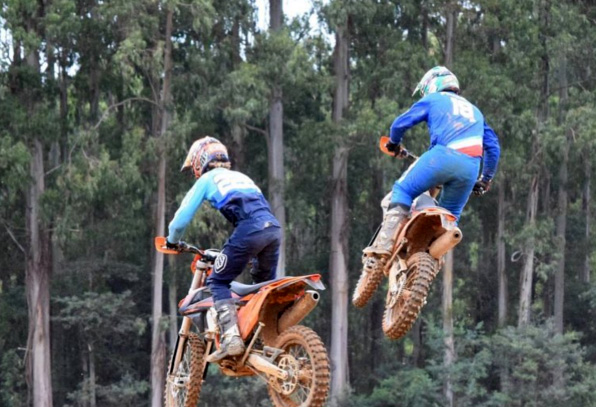 With a wealth of experience that precedes him, Phillips will return for the full 2019 AORC season, commencing in Rounds 1 and 2 in the E1 class. But it is Phillips‰Ûª teammate and mentee, Kyron Bacon, that we have to thank for his return to the sport. Phillips and Bacon discussed how the newfound team came about and their plans for 2019.

You retired from the Enduro GP last year with four world titles under your belt. What was the reasoning behind retiring and heading back home to Australia?

Last year I suffered a head injury which put me off the bike for about six months. I was in a negative headspace after that and decided to head home. As I started to recover I decided to help out a young and upcoming rider, Kyron Bacon, which got me back into the love of riding! So, it‰Ûªs thanks to Kyron that I‰Ûªm back on the bike and have found that drive I lost last year.

What are your plans for 2019 and the Off-Road Championship?

My plan is to compete in all 11 rounds of the AORC 2019 season, beginning in Rounds 1 and 2 in the E1 class. As the season moves on I‰Ûªll change things up a bit by moving across the senior classes with different bikes. The main thinking is that I want to maintain the love for the sport and by changing things up each round will definitely help that!

Tell us more about your work with Kyron Bacon. How did this relationship come about? What are your combined plans during the 2019 AORC season?

Kyron rode at my property already, and he explained his situation back in 2018. I then offered my support to help him grow and climb up the ranks. Since we became a team, Kyron has been putting in an enormous number of hours, working his bike hard to get fastest and faster. I definitely see him as a title contender in the EJ class for 2019 and beyond!

My main focus with Kyron is ensuring he maintains his love for the sport, so we just need to keep ourselves grounded and put forth our best effort every round.

I would love for Kyron to continue to grow and hopefully score a factory spot next season, but otherwise I‰Ûªll continue to work with Kyron to strengthen our team and make us the best we can be!

How and when did you first cross paths with Matt Phillips? How did this mentoring come about?

My dad, Andrew Bacon, has been the President of the Tasmania MX Club and knew Matt way back when he was an up-and-coming talent. They‰Ûªve been friends ever since and recent Dad‰Ûªs been in touch with Matt to see if he would be interested in working with me. Matt has taken me on, helping me grow and strengthen my skills. He has this knack for making me look smooth on the bike, which has really helped boost my confidence!

Being on a new KTM bike could‰Ûªve meant a tough and long transition, but thanks to Matt‰Ûªs help the move has been super smooth. He‰Ûªs a great teacher, guiding me on my fitness and riding style, giving me helpful feedback to continue to improve.

2019 will see you move up from the junior to senior ranks. What are your plans for the 2019 AORC season?

I hope to get onto the podium in the EJ class throughout the year. As long as I maintain that consistency on landing a spot on the podium, we‰Ûªll develop further plans as the season progresses.