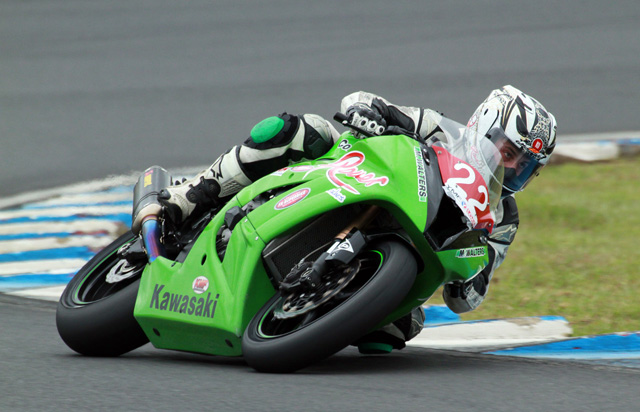 Kawasaki privateer rider Matt Walters got his 2012 Australian FX Superbike Championship campaign off to a brilliant start at the first round of the series at Eastern Creek on 17-18 March. Finishing inside the top 3 both days.

Walters showed great speed and determination at Eastern Creek on board his Ninja ZX-10R. A qualifying timetabling issue inside the Walters camp meant that no qualifying time was set, forcing him to start from the back of the pack in the first race.

Putting this behind him Walters rode extremely well, coming through the pack to take 7th place. Matt then followed that up with a 2nd place in the second race to take 2nd for the day.

Walters put in another solid performance on Sunday going 4-3-4 to take 3rd for that day. In an extremely encouraging sign for the Cessnock teenager, Matt's lap times were comparable to his factory supported competitors. In fact Matt was so competitive at Eastern Creek, his final race 4th place result was just .403 seconds behind the race winner.

"It was a great weekend on the Ninja ZX-10R with some close racing. said Walters. The bike was really consistent from race to race and it's good to be back up the front again.

I'd like to thank Rover Coaches for their support this year plus Kawasaki, KMF, Austar Coal Mine and M2R helmets. I'm looking forward to Wakefield Park next month where I'll come back even stronger and better." the 2010 Australian 600 Superstock Champion concluded