In complete contrast to the sub-zero conditions at the opening round of the 2017 EnduroGP World Championship series in Finland, the AMV GP of Spain served up extreme dust as the world‰Ûªs best enduro racers battled not only one another but also the hugely challenging, arid Spanish terrain.

New winners topped the podium in all classes with Matt Phillips (Sherco) earning his first EnduroGP class win of the year. Locked in a two-rider battle with Steve Holcombe (Beta) the Tasmanian did just enough to top the results, placing less than three seconds ahead of his British rival. 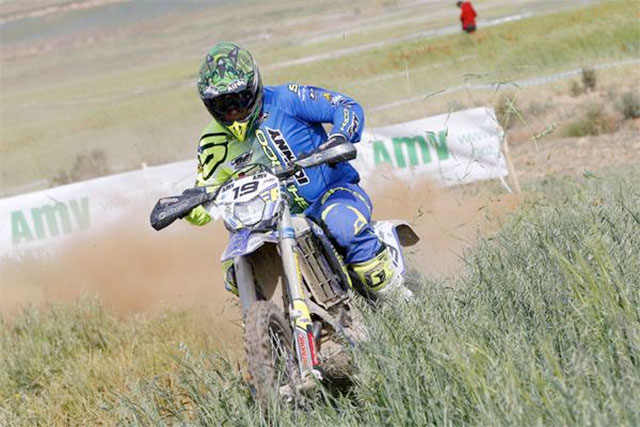 Australian Matt Phillips took the E2 win and leads the GP classification.
Best finishing two-stroke rider in the EnduroGP class, Steve Holcombe kept the pressure up on Phillips winning three tests including the closing Motocross Test. Nathan Watson (KTM) rounded out the EnduroGP podium despite a nasty crash during the third and final lap, finally finishing ahead of team-mate Christophe Nambotin (KTM) by less than one-and-a-half seconds.

Josep Garcia (KTM) secured his first ever senior class victory by topping the Enduro 2 class ahead of Jamie McCanney (Yamaha) and Eero Remes (TM). Rising to the occasion of his home GP, Garcia hit the ground running by topping each of the three test during the opening lap. Crashing near the end of the technical enduro test on lap two he held on to his class lead to claim an eventual 15-second winning margin. 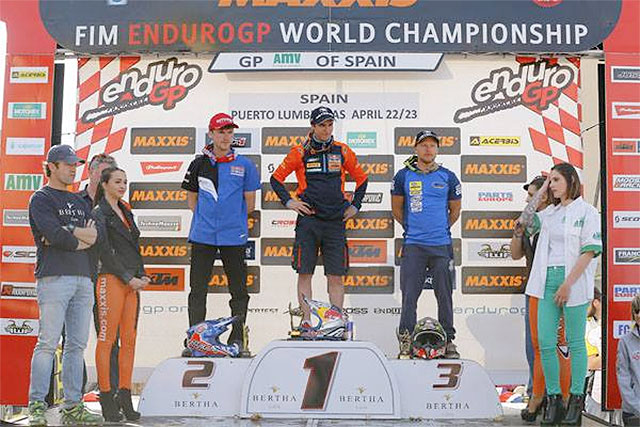 E2 Podium
Runner-up to Garcia, Jamie McCanney enjoyed an impressive day to claim a well-deserved runner-up result. Topping two of the day‰Ûªs tests in the E2 class, Jamie kept himself ahead of Eero Remes (TM) ‰ÛÒ winner of the opening round of the season in Finland.

Competition was certainly close at the top of the Enduro Junior class where just 12 seconds covered the top four riders. Italy‰Ûªs Davide Soreca (Honda) eventually took the class win, completing the day just under 8 seconds ahead of Brad Freeman (Beta). Unable to compete in the season opener in Finland following a pre-event crash, despite being buried deep in the dust of the EJ class throughout the day the Brit showed impressive pace. Rounding out the podium was Sweden‰Ûªs Mikael Persson (Yamaha). Eventually placing fourth Spain‰Ûªs Kirian Mirabet (Sherco) saw his hopes of a class win ended when he crashed on the event‰Ûªs final motocross test. 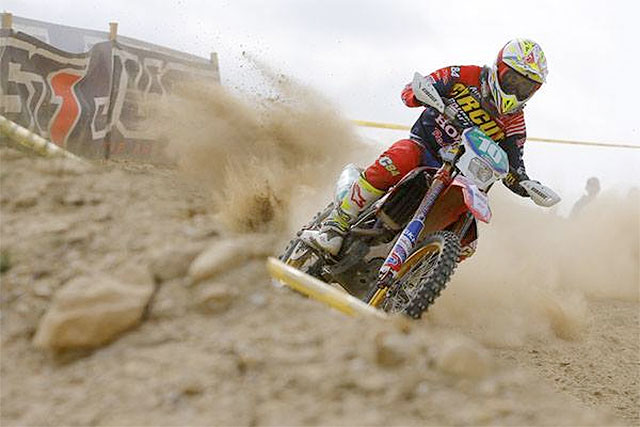 With Sanz fastest through Friday night‰Ûªs Akrapovic SuperTest a mistake in the day‰Ûªs opening Extreme Test saw her fall behind Franke before the pair became locked in battle throughout the day. Although it was Franke who claimed the most test wins, Sanz eventually placed 10 seconds ahead thanks in no small part to her speed through the Enduro Test.

‰ÛÏMaking a mistake on the first Extreme Test wasn‰Ûªt a great start to the day, but eventually everything worked out ok,‰Û 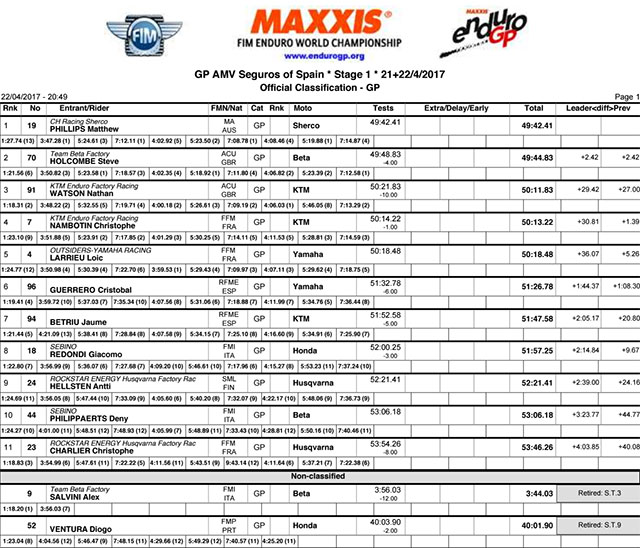 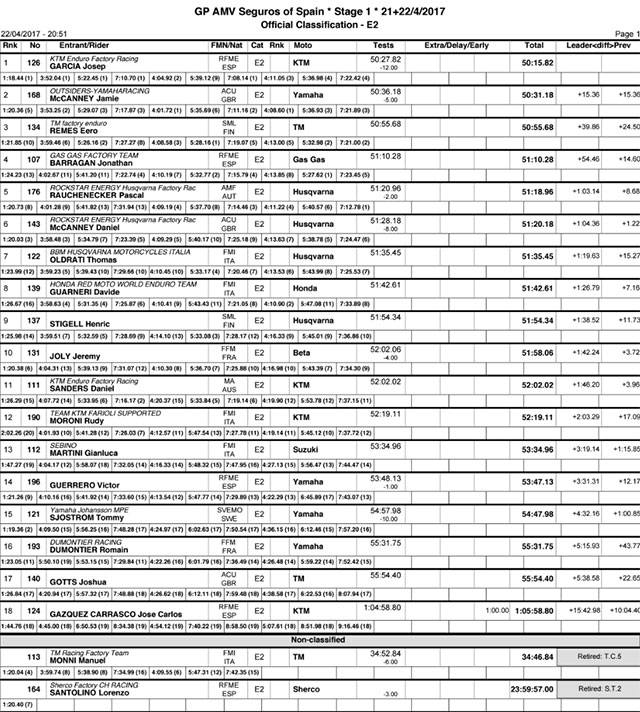 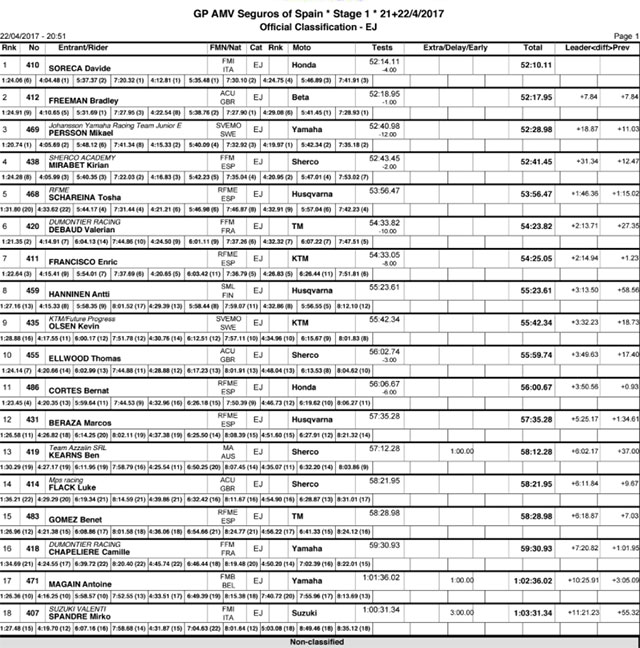