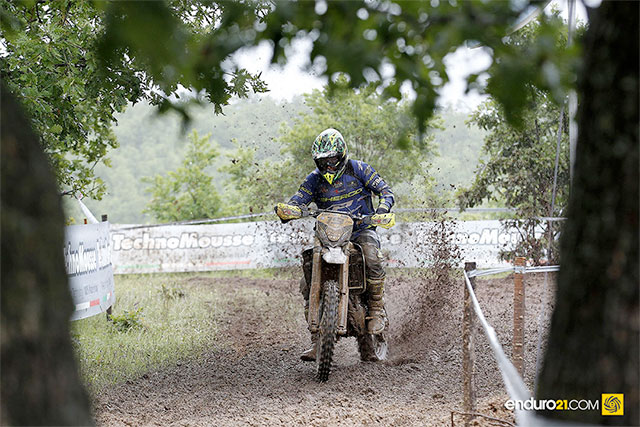 The 2016 Enduro World Championship made its third stop of the season in Greece for rounds 5 and 6 last weekend. Wet weather again made conditions difficult as the riders lined up for the Super Test to kick the weekend‰Ûªs racing into gear.

Phillips let it be known he was not about to let the EnduroGP outright Championships points lead slip through his fingers as he set the second fastest time in the Super Test.

Saturday‰Ûªs round 5 was a wet and muddy affair with Phillips in the thick of the action from the very beginning. Test times were extremely tight, however, Phillips remained strong to finish the round in 3rd place outright in the EnduroGP class behind Finland's Eero Remes and the UK‰Ûªs Nathan Watson. Phillips comfortably took out the E2 class by 44 seconds from Frenchmen Loic Larrieu with the USA‰Ûªs Taylor Robert in third. 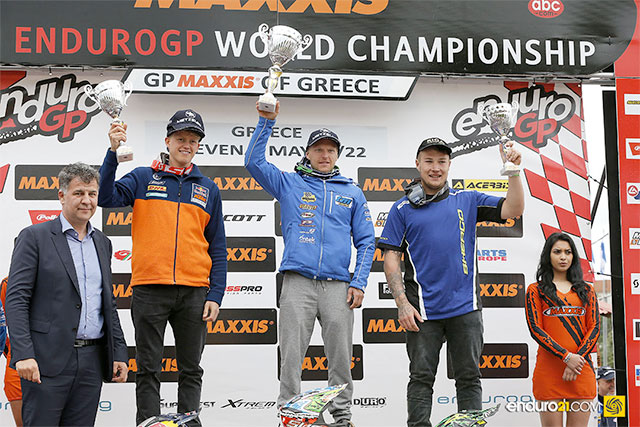 Matthew Phillips shares the podium on Saturday with Nathan Watson and Eero Remes
Sunday saw round 6 deliver an incredibly rough course after the rain and racing from the previous day. Phillips was forced further down the results table but still managed a solid 3rd place in the E2 class.

‰ÛÏMatt is riding smart and putting his 300SEF-R right in the heat of the competition,‰Û 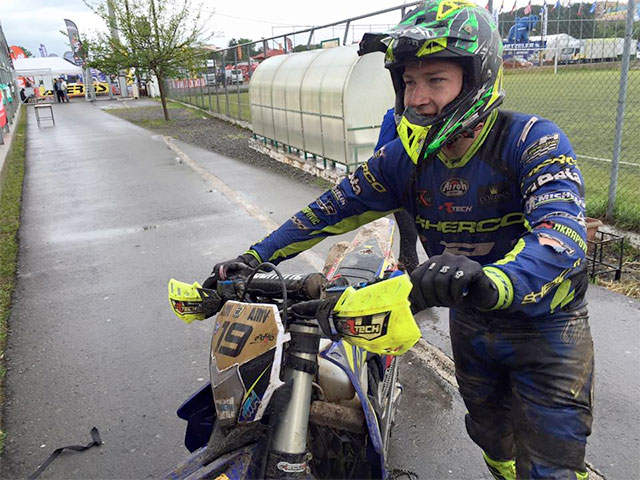