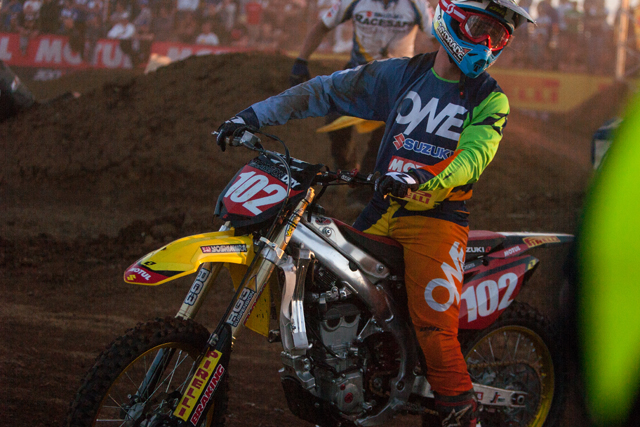 The double-header weekend was a challenging one for new national motocross champion Moss aboard the Suzuki RM-Z450, hampered by a major multi-bike start crash during Saturday‰Ûªs round four main event ‰ÛÒ costing him vital championship points in the process.

Moss was again in fine form throughout qualifying and went on to win his heat race in the fourth round, however the first lap incident put him three laps down after he pitted to repair damage sustained in the fall. In typical Moss fashion, the 25-year-old soldiered on to score points with an 11th place finish at the conclusion of the 20-lap affair.

Sunday saw Moss top qualifying and win his heat race convincingly once again, before he went on to finish second in the main event behind American Josh Hill. The podium trio including Hill, Moss and teenage rookie Sam Martin were all Suzuki-mounted in a remarkable result for the RM-Z450 on the biggest stage of the year.

‰ÛÏThe weekend started really good on Saturday, until the final when I was really unlucky off the start,‰Û