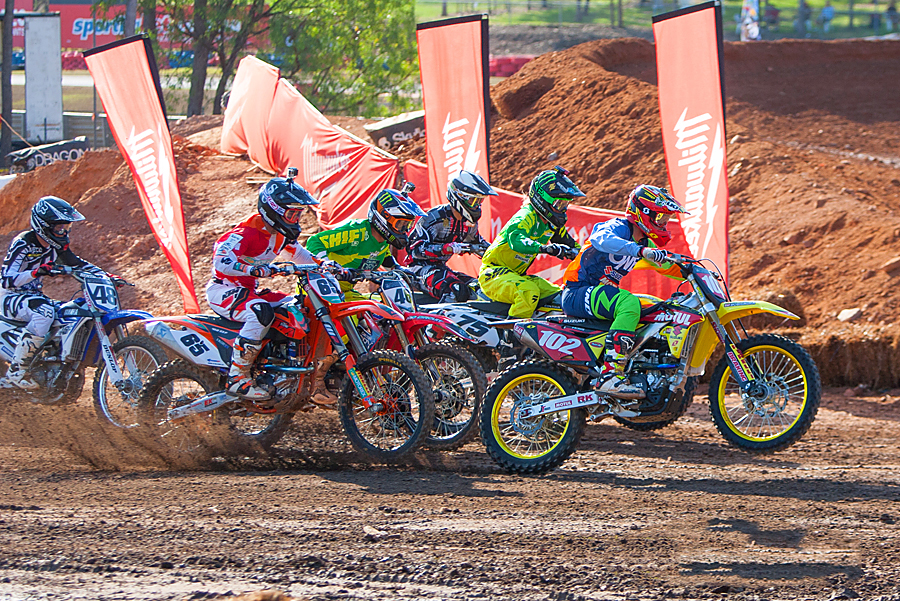 Moss and the Suzuki RM-Z450 were flawless under the hot and humid Top End sunshine, qualifying fastest on Saturday, winning the second heat race of the afternoon and then topping the 15-lap main event with an assertive 4.676-second advantage.

Moss worked his way forward from third in the early laps, remaining composed before taking charge at the front on lap 10 of the 15. From there he accelerated to a comfortable 5.520-second winning margin.

"It feels good," Moss said. "We've got Dan Reardon training us off the bike, my dad coaching us and a great team behind us - the 2014 Suzuki RM-Z450 is the best machine out there. I got my brother Jake to come down from Queensland to ride with me and it's definitely paying off.

"I'm really happy for the guys at Motul Pirelli Suzuki, we're a one rider team this year so there's a lot of pressure on me, but I thank Jay Foreman, Jess, Nathan and the truck driver - this is a real team effort. It's been a tough race in this heat and not being used to it." 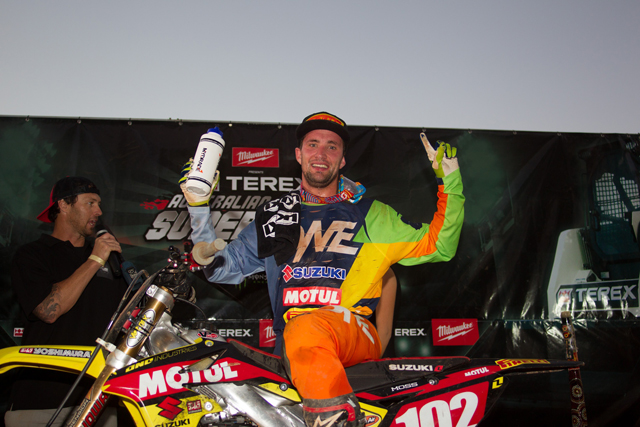 While Saturday's race an uneventful one for Moss after he claimed the holeshot and checked out, the former Pro Lites SX champion had his worked cut out for him on Sunday after getting away to a third placed start.

"I saw them tussling a bit, I sort of knew [Kirk] Gibbs was going to make a couple of mistakes, and then [Weston] Peick was pulling away a little bit but I kept my cool," Moss said regarding the start of Sunday's race.

"I saw the opening, tried to pass him on the triple and I think that rattled him wondering where I was. Then I pounced to the inside," he added.

"I'd like to thank Motul Pirelli Suzuki, all of our supporters and the Darwin fans for coming out. As I said yesterday, we're a one-man team and we're doing fine. I learnt a lot during Motocross and carried my race craft into Supercross. I'm really happy with this win."

Moss now has a perfect score of 50 points following two of six rounds, eight ahead of Suzuki-mounted twin brother Jake, who finished second on Saturday and third on Sunday.

The Australian Supercross Championships will continue at Mount Gambier in South Australia on Saturday, 12 October

Top Image: Matt Moss was on fire out of the Gate all day Saturday and also in his heat race on Sunday pulling some big holeshots.
Credit: Aaryn Minerds