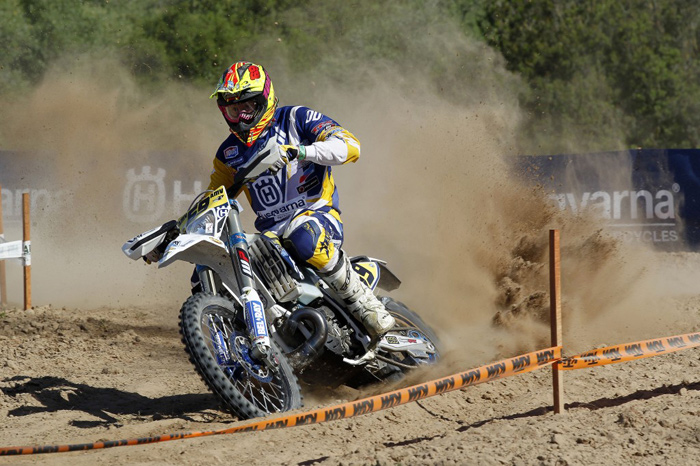 Husqvarna Motorcycles is pleased to announce it has extended its working relationship with Frenchman Mathias Bellino. The current FIM Enduro 3 World Championship class leader will stay with the Bel-Ray Husqvarna Factory Racing team throughout 2016 and 2017, leading Husqvarna‰Ûªs efforts in the newly created EnduroGP class next season.

2015 has been a standout year for Bellino. Returning to the Enduro World Championship following injury last season, the 2012 Enduro Junior World Champion has claimed seven Enduro 3 class day wins so far in 2015.

Switching to two-stroke machinery for the first time in his enduro career at the start of this season, Bellino currently holds a 24-point lead at the top of the Enduro 3 series standings with one round remaining.

‰ÛÏI'm really pumped about signing for two more years with Husqvarna." Bellino enthused. "I've been in this team since 2011 and started my enduro career with them, so it means a lot to be staying with Husqvarna.

"Everything has gone really well during all this last five years, so staying with the team was absolutely what I wanted to do. But at the moment I'm 100 per cent focused on finishing this year in the way that I started it. After that it will be time to work hard with the team, to be ready for the 2016 season.‰Û