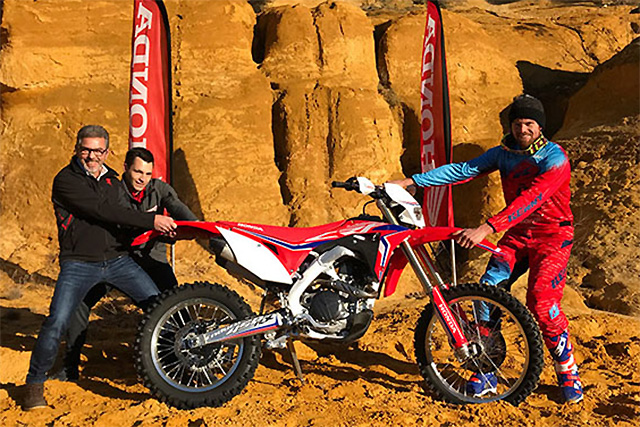 After six years of service with the Husqvarna Factory team, Mathias Bellino will be switxhing to the red side in 2018 with the help of Honda Euroboost

After a season with two big shoulder injuries, the 2015 E3 World Champion was left without a ride at the end of the season. Revengeful and eager to prove that he is still at the top of his game, the Frenchman has decided to accept an offer from Yves Rodes and Honda Euroboost, and he will therefore race with the brand new Honda CRF 450X in a private team structure.

"We are very happy to have reached this agreement with Mathias, and we are convinced that his talent coupled with the new CRF 450RX, will allow him to occupy the podiums in 2018," Rodes said. "We are well informed and all ready to help him achieve these goals, and further enrich an already outstanding track record. This new adventure promises to be exciting and the entire Honda RedMoto team welcomes the choice of Mathias Bellino.‰Û