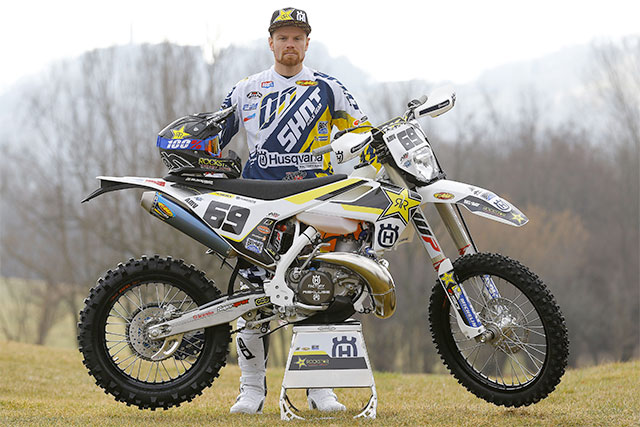 Rockstar Energy Husqvarna Factory Racing‰Ûªs Mathias Bellino will not compete in the opening round of the 2017 FIM EnduroGP World Championship due to a shoulder injury.

The Frenchman fell on Thursday morning during an official final, pre-race shake down ride with his team mates. Landing heavily on his left shoulder Mathias was immediately taken to hospital, where it was confirmed that his injuries would not allow him to compete in the GP of Finland. He awaits further medical assessment.

"Of course I‰Ûªm hugely disappointed," Bellino lamented. "Together with the team I‰Ûªve worked really hard to prepare for this event, to be out before the start is the worst thing. It wasn‰Ûªt a big crash at all, but I landed awkwardly on my shoulder on hard ground.‰Û