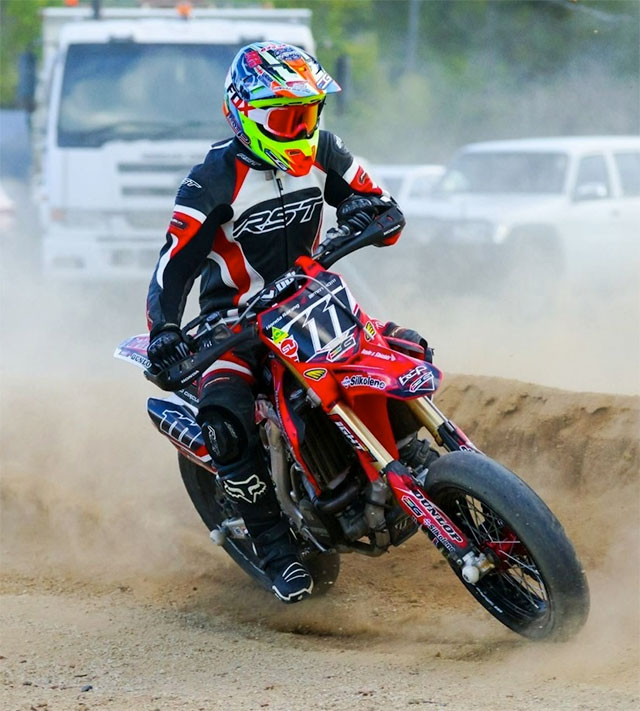 The versatile Victorian rider Brad Matheson has taken out the Victorian State Supermoto Pro Championship, while Lahrra Cloak took out the Supermoto Open title at Broadford's State Motorcycle Complex over the weekend, November 12-13.

The championship was run over over three rounds in conjunction with the Victorian Road Race Series. Matheson, riding his BCP Honda CRF450R, rider took the Pro Championship ahead of Cori Bourne and defending champion Adam Miller.

Matheson spends his year juggling his motocross racing and coaching duties under Lee Hogan's BCP Honda banner while also contesting state and national Supermoto events. And after his dominant win over the weekend at Broadford he was wrapped with how the year had gone.

"I'm super happy to wrap up this title for BCP Honda, myself and all our much appreciated sponsors," enthused Brad.

"We had a solid year, winning the Gippsland MX series on the motocross bike and now getting the state title in Supermoto is just awesome. We are going to step it up again for 2017 and really give the National Championships a good go on board the BCP Honda 450 once again. We're so excited about this new model Honda CRF450R as it looks like it will be the bike to beat come new year."

"I'd just like to thank Lee Hogan for his backing and support, Tim Vare from Eight11 Racing, Glyn Griffiths from Honda, my girl friend Paige, my dad and everyone involved that has helped me throughout the year," continued Matheson. 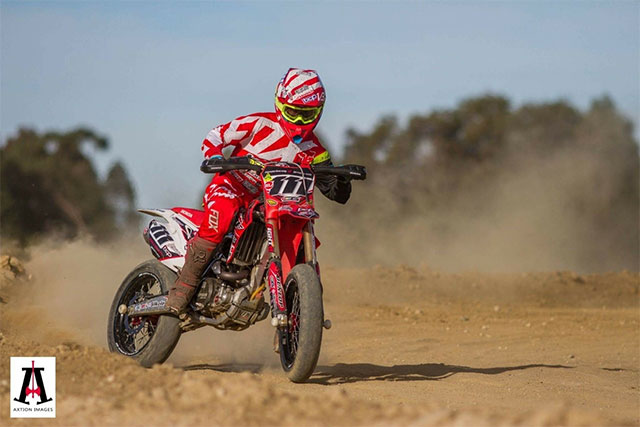 It wasn‰Ûªt all smooth sailing for the 33-year-old , as she sensationally crashed in the first race, before inspirationally recovering just in time to claim the title. ‰ÛÏI qualified in second behind Ryan Taylor, which was pretty good. There was some pretty close times,‰Û 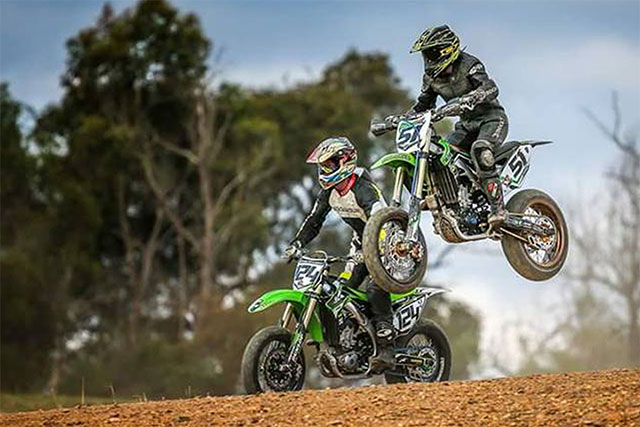 Lahrra Cloak (51) in action at Broadford's State Motorcycle Sports Complex. Credit: Paul Harper
On Sunday, Lahrra picked up a second-place in Race 2 and a second-place in Race 3 in wet and challenging conditions. ‰ÛÏI had a good first race on Sunday. We put wet tyres on as it was wet during the day but the race started out dry.

‰ÛÏAbout halfway through the race it started pouring. I ended up finishing second to Ryan Taylor.

‰ÛÏIn the second race on Sunday, we battled torrential rain. Ryan pulled out of the race and I just cruised. I sat at the back of the pack to just secure my points and ended up winning the championship by 6 points in the end over Jak and Liam in third,‰Û 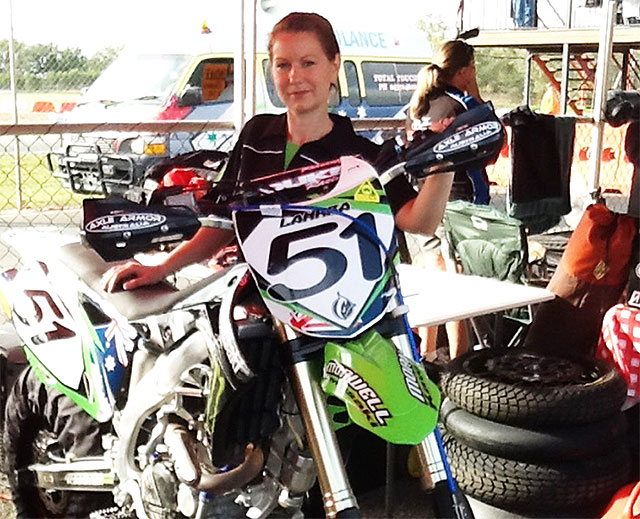