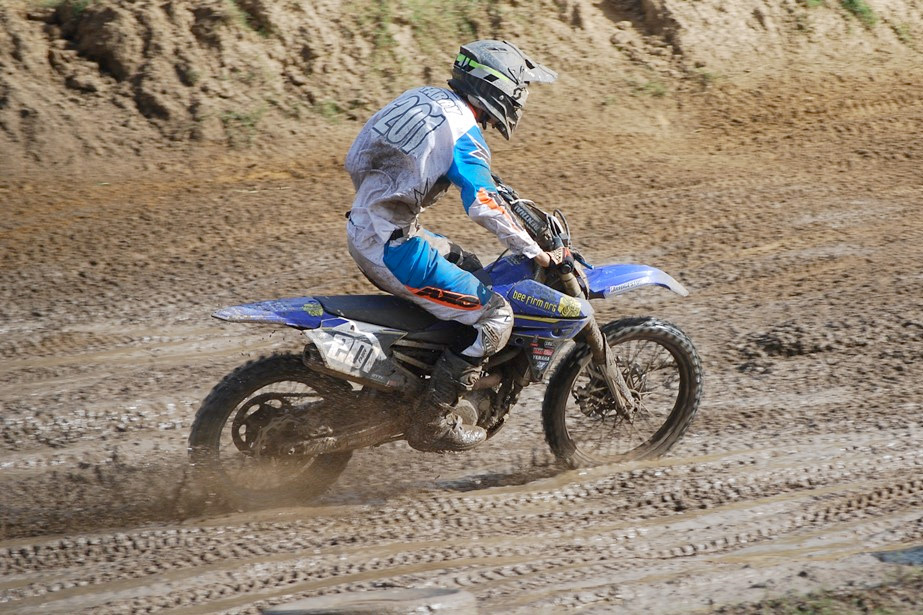 With the weather on day two of the double header at Shrubland Park clearing a little from the day before the Bee Firm NRG/Yamaha seniors took to the circuit.

Still heavy from the overnight rain, a brisk wind and glimpses of sun were attempting to dry things out but conditions were still hard.

MX2 rider Mat Fabry (Five Star Yamaha) came in with a commanding lead in the championship and was in no mood to relinquish any of it. Results of 1, 2, 1 saw him claim the top step of the podium and keep one hand firmly on the prize.

Not having it all his own way Fabry had to eat a fair amount of roost before the chequered flag in each Moto but he powered his YZ250F to the top step and that is what counted.

‰ÛÏI made it hard on myself this weekend with average starts and tried to change things up a little in my technique but it did not really work out. I had to pull my goggles off in the first two Moto‰Ûªs after getting sand blasted trying to make some passes, which made it hard to see‰Û