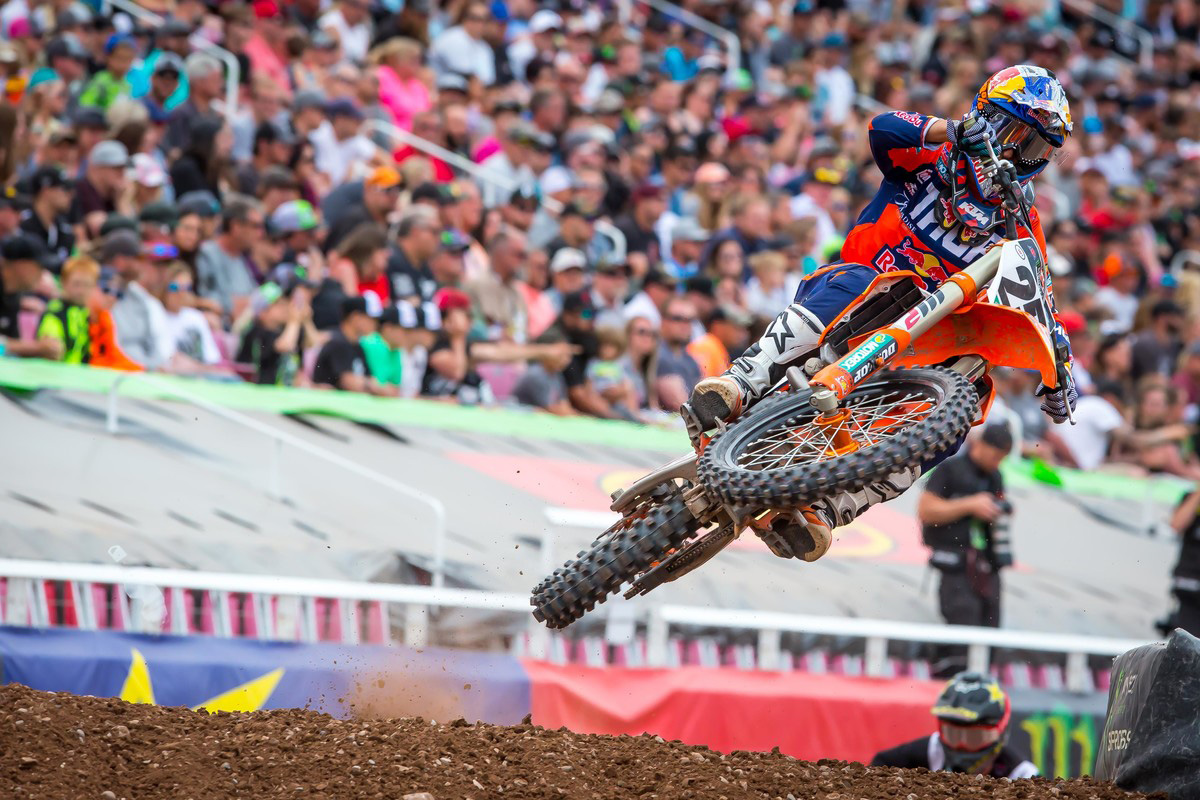 The race could not have gone more to plan for Musquin, who moved to the lead early in the race and quickly built himself a cushion to second-placed Blake Baggett.

For Rockstar Energy Husqvarna Factory Racing's championship points leader Anderson, it was a stark contrast of fortunes as he crashed in the first turn. Quickly remounting, it was not long until Anderson's race completely unravelled with a forced stop in the mechanic's area to replace his front wheel after a large number of spokes had been ripped out during the first turn incident.

Out front, Marvin continued to lead, while Monster Energy Kawasaki's Eli Tomac charged through the field and looked as though he would move into second place and had a run at the race win until he hit the deck while challenging Baggett for second.

Re-mounting in fourth place, Tomac made quick work of HRC Honda's Christian Craig and Bagget, however with only a handful of laps remaining in the race by the time he moved into second position, he had no chance to catch Musquin.

Musquin crossed the line to take a comfortable win ahead of Tomac with Bagget rounding out the podium.

‰ÛÏThe track conditions were crazy and dry, but the track crew did a good job." Marvin commented.

"I had no idea about Jason. Obviously towards the end I was going through lappers, and I knew Jason would take it easy today to get points, but I only knew how he did when the race was over. I‰Ûªm excited to head to the final round in Vegas next week." 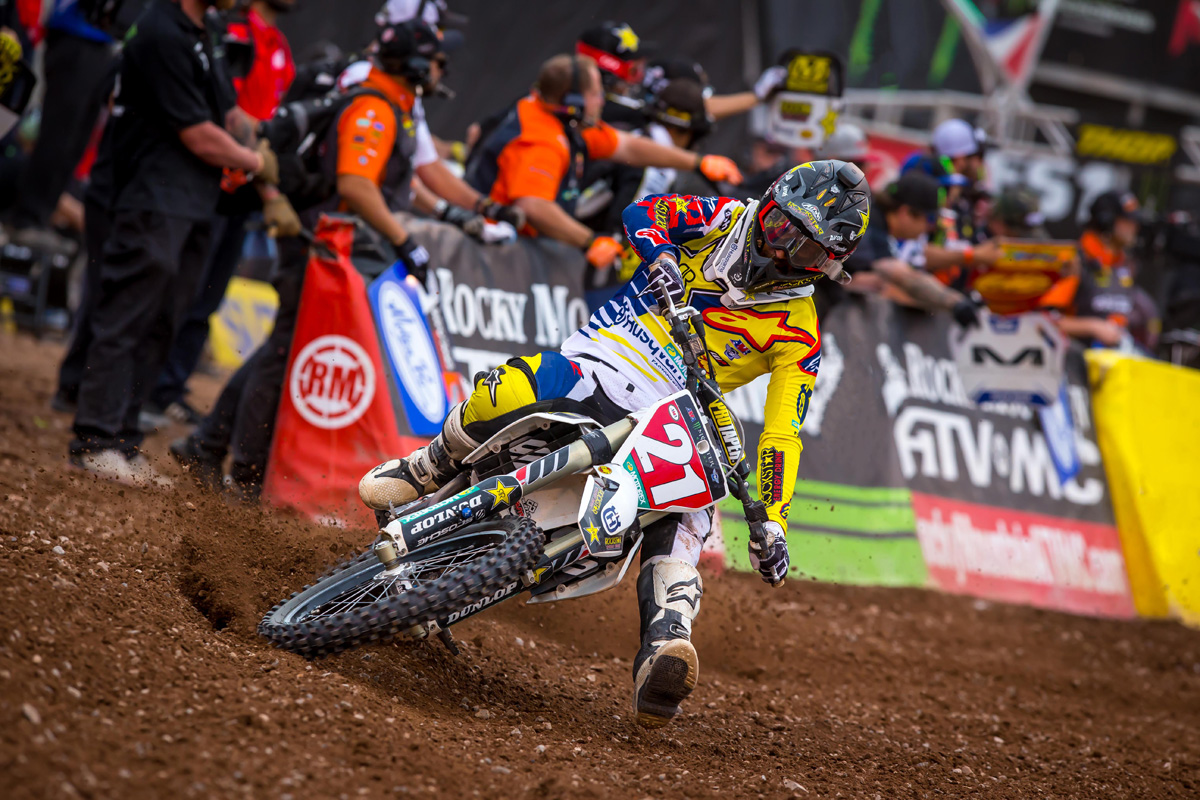 Anderson could only manage a 17th place finish after a first turn crash ripped a handfull of spokes from his front wheel - Credit:
Anderson who re-entered the race two laps down put on a charge and at race end crossed the line in 17th position, watching as 20 points were sliced his championship lead, leaving him to head into next weekends Las Vegas finale with a slim 14 point lead over Musquin.

"I was pretty good in practice all day,‰Û 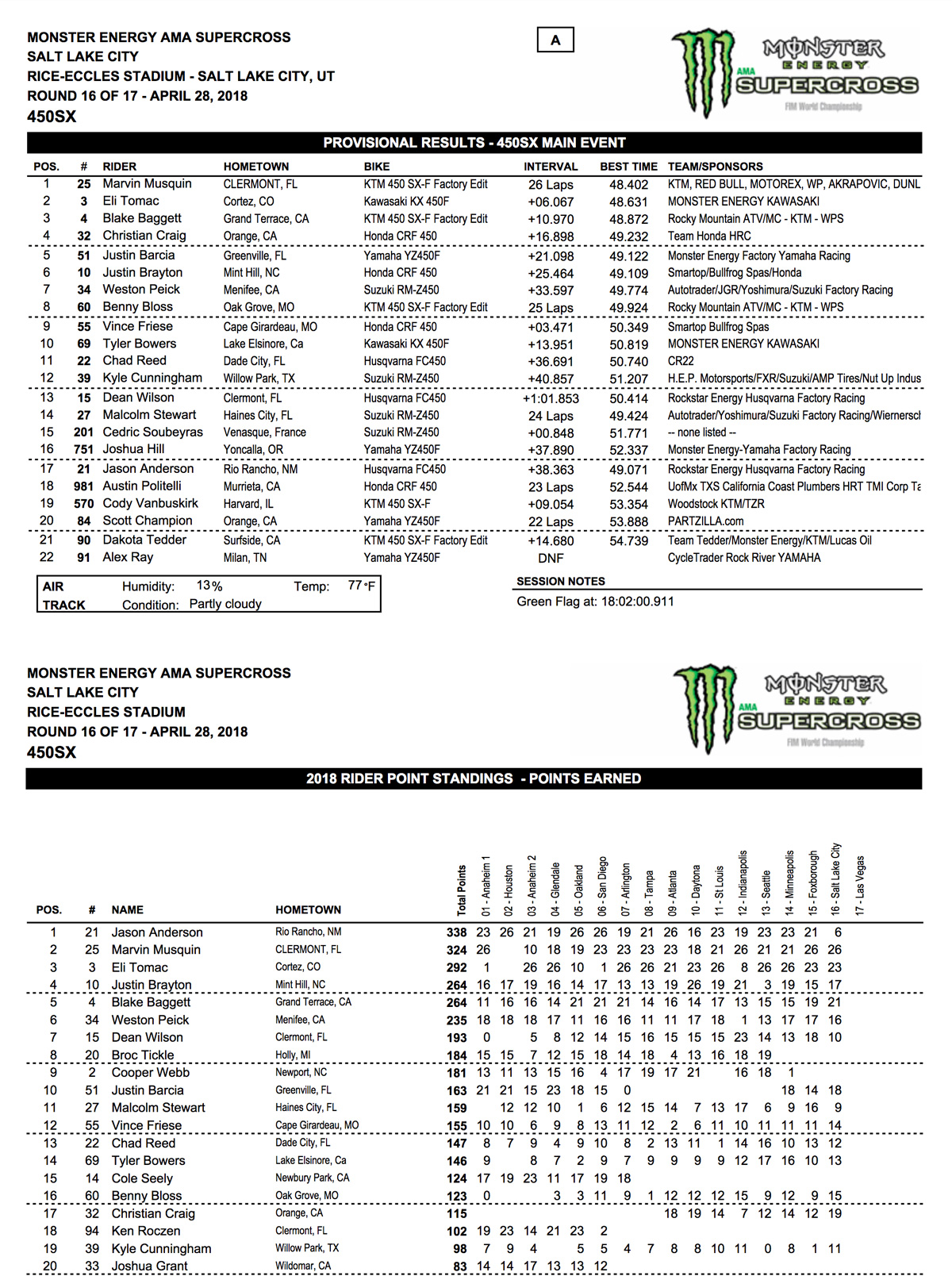 450SX round results and championship standings 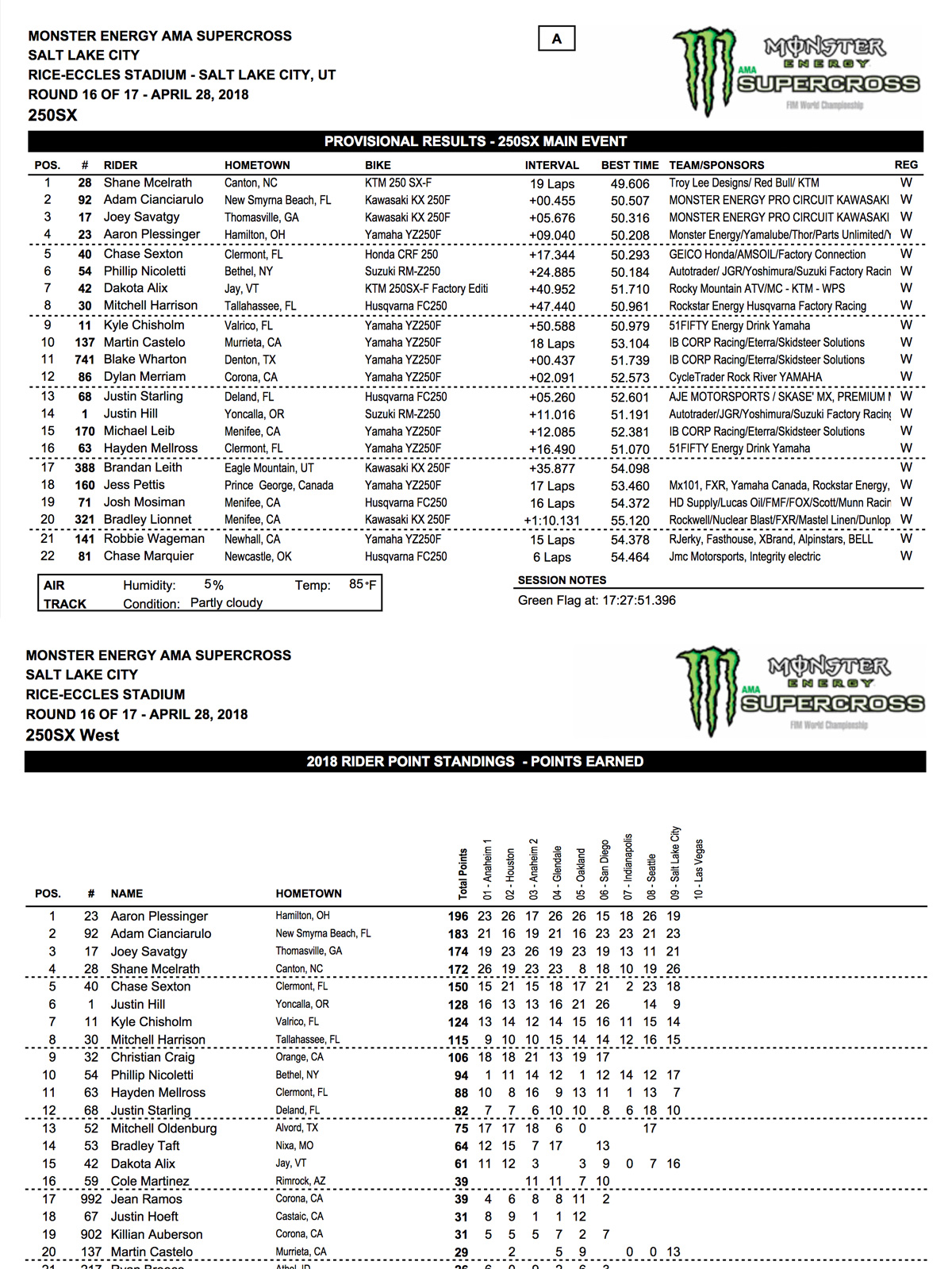 250SX round results and championship standings