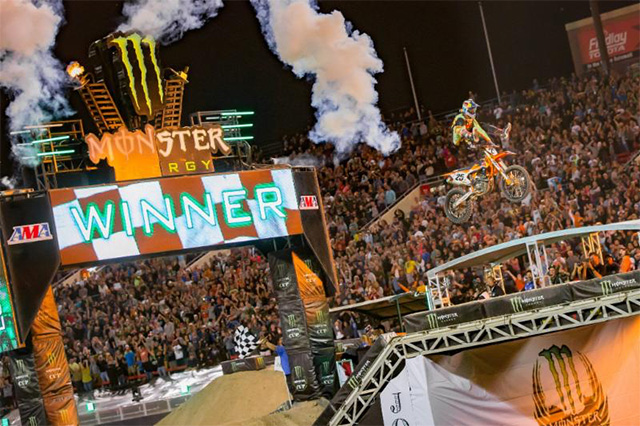 For the second time in the event's seven-year history, the Monster Energy Cup awarded $1 million to the rider who won all three, 10-Lap Main Events in a one-night-only battle for the coveted Monster Energy Cup. 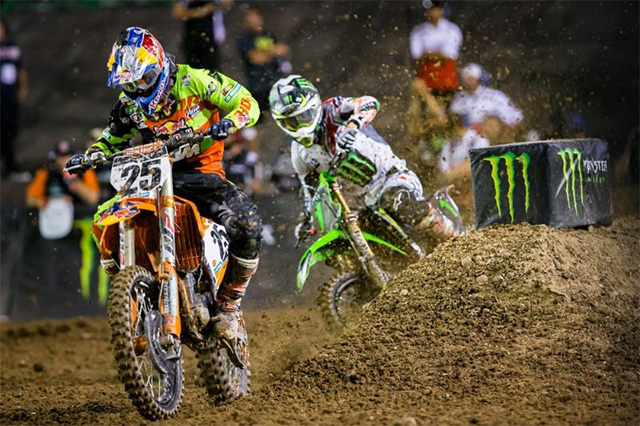 Marvin Musquin leads Eli Tomac in Main Event 1 of the Monster Energy Cup. Photo Credit: Feld Entertainment, Inc.
In the first Main Event, Monster Energy Kawasaki's Eli Tomac, the reigning Champion, put himself in a position to win $1 million by grabbing an early lead ahead of Musquin, but a downed rider forced a red flag and a Main Event restart. After which, Tomac found another early lead but a mistake on the third lap forced him out of contention and out of the event and left the door wide open for Musquin's first Main Event win. In Main Event 2, all eyes were on Musquin who commanded the lead for all 10 Laps and, by Main Event 3, Musquin grabbed another Holeshot and lead all 10 Laps on his way to the "Musquin Million."

"It's pretty unreal to go out and win all three," Musquin said at the post-race press conference. "To see that someone is winning $1 million in one night at a Supercross race is so unique...it's like being at the casino and just winning the jackpot."

‰ÛÏI wasn‰Ûªt even thinking about winning all three motos. It‰Ûªs unreal to go out and win all three. We had such a long break between the second and third moto ‰ÛÒ which made it more stressful. The key was to get a good holeshot and try to go fast. To be honest, in my head I was thinking I would get a start around the top-three and then wasn‰Ûªt sure what I would do.

"I knew it was going to be so hard to pass, so getting the holeshot was the best way to go out for the third moto. I think this is great for the sport ‰ÛÒ a lot of people are watching on tv. To see that someone is winning one million dollars in one night at a motocross race is unique. I think we got a lot of views, and people will be talking about it, that‰Ûªs for sure. We were all in disbelief when I crossed the finish line. It‰Ûªs super cool- this doesn‰Ûªt happen often. I had so much fun.‰Û 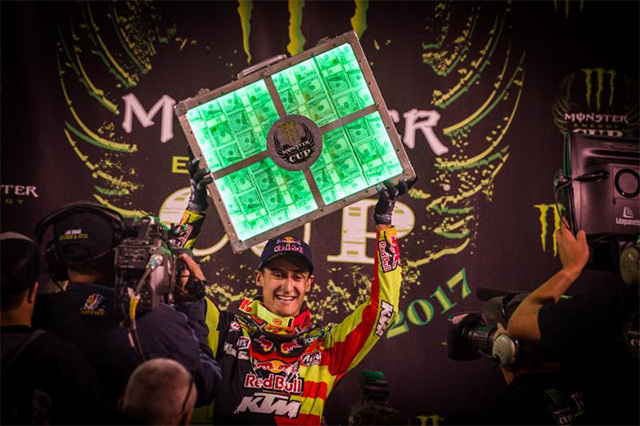