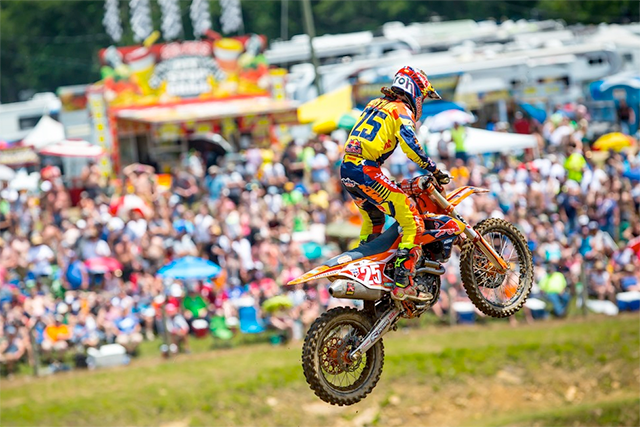 Musquin was mid-pack at the start of the first 450 moto and focused on riding a solid race. He stayed consistent in 16th the majority of the race and held strong to the finish. He pulled a decent start in the second moto and was working hard in 11th by the second lap. He charged up to eighth with seven minutes to go before putting in one last hard-fought push to finish sixth. The 16-6 finish gave him 11th overall on the day.

With team-mate Blake Baggett taking the round win he was able to move 8 points clear of the injured Frenchman in the championship race. He is currently 2nd in 450 rider point standings.

‰ÛÏThis week was all about salvaging points in the championship," Musquin explained. "I hurt my left knee so knew it was going to be tough coming into High Point, especially since we were coming in with the red plate. I had to ride both races with my feet on the pegs basically unable to put my left leg out, which obviously restricted what I was able to do on the track.

"It was tough. But I gave it everything I had and we leave here second in points so it could have been a lot worse. I guess the next few weeks will be about salvaging points and I will just keep trying to do my best," the Frenchman concluded. 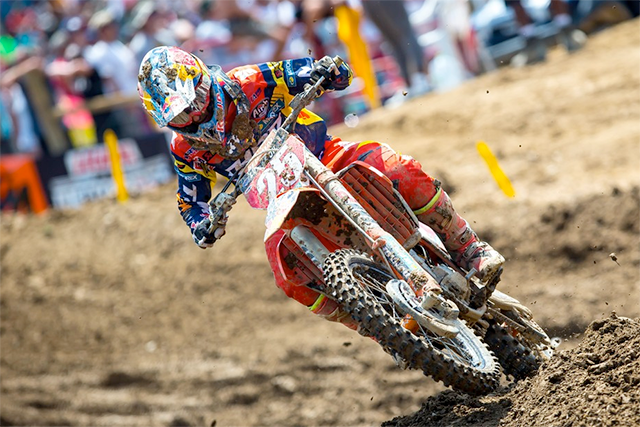