Marvin Musquin gets 2018 Supercross season off to a winning start

The Red Bull KTM Factory Racing Team kicked off the 2018 season in a triumphant way on Saturday with a double-victory at the opening round of the AMA Supercross Championship in Anaheim, California.

Following a highly successful off-season, Musquin came into the AMA Supercross Championship with a lot of momentum behind him. However, the French rider experienced a few struggles early on as he qualified 5th overall for the day, while capturing 4th place in the heat race. 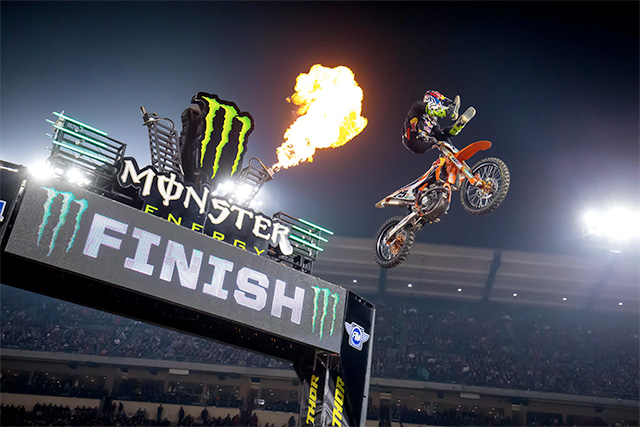 Marvin Musquin set the pace at the 2018 Supercross opener. Credit: Simon Cudby
But when the gate dropped for the 450SX Main Event, Musquin‰Ûªs ready to race instincts kicked in and he set his sights ahead. While he didn‰Ûªt get the best jump off the start, Musquin quickly pushed himself into the top five on the opening lap and he continued to pick off riders through the first half of the race. Musquin eventually made the pass on Justin Barcia to take over the lead on lap 11 and from there he never looked back.

‰ÛÏTo win tonight definitely was not expected. It was a difficult day but I tried to stay calm and we were able to make it happen. I had a bad start in the Main Event but we put everything together and we were consistent, it was a long Main ‰ÛÒ but this is what we‰Ûªve been working so hard for. I can‰Ûªt thank everyone enough for their support!‰Û 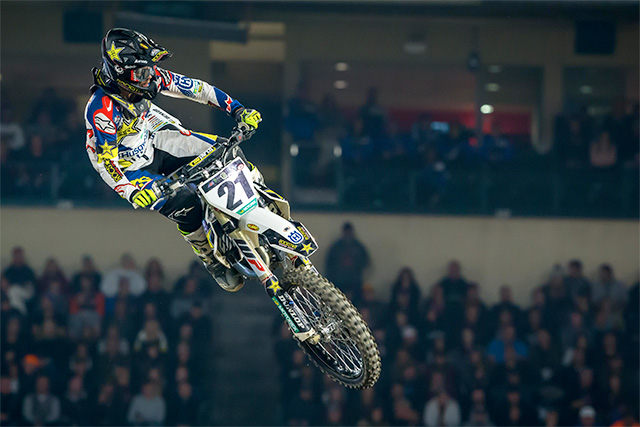 After a top 4 start Anderson moved into third after leader Kawaskai's Eli Tomac went down, and eventually into a DNF, and set his sights on moving into the top two with 10 minutes to go. He was on the move and hunted down Justin Barcia down second before making a clean inside pass for the position with seven minutes to go. He continued to set a blistering pace and consistently improved his time with each lap. He ended the night with a second-place finish. 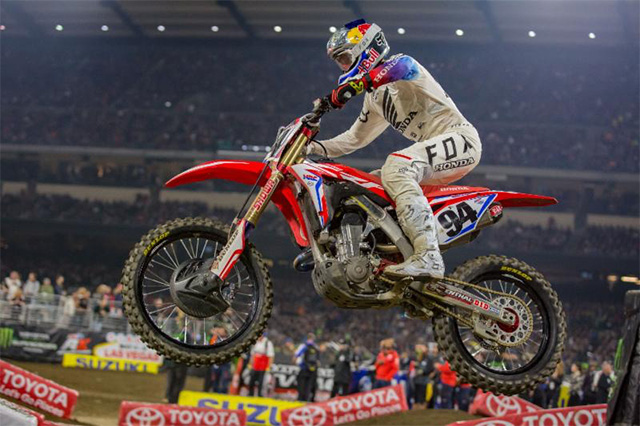 Honda's Ken Roczen mad a triumphant return to racing with 4th after a serious crash at the same event 12 month's ago. Credit: Simon Cudby
‰ÛÏThis was a rather smooth day,‰Û 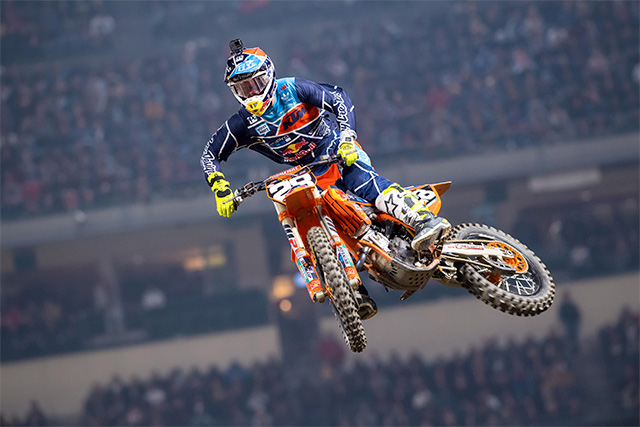 Cianciarulo was shuffled outside the top five on the start and was forced to push through the pack. With the track being slick and often one-lined, it took a little longer than he hoped to make it past riders, but was able to get into third by the fifth of 18 laps. He held on for his fifth podium in 16 supercross starts.

‰ÛÏTonight we got off to a good start and it‰Ûªs nice to get some good points,‰Û