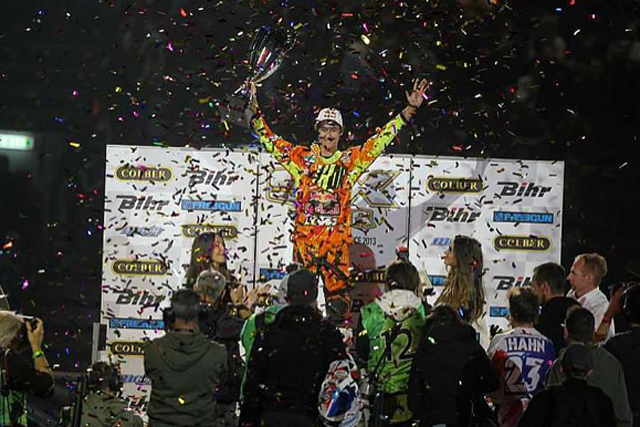 French KTM factory rider Marvin Musquin, came, saw and conquered the prestigious Supercross Geneva in the SX1 class as the overall winner on Friday and the second placed finisher on Saturday.

With this, Musquin of the US Red Bull KTM Factory Team was named King of Geneva and spoiled American Justin Brayton‰Ûªs chances of a fourth title.

Musquin already set himself up for a strong finish on Friday when he finished on top of the podium ahead of US challenger Will Hahn and French rider Gregory Aranda.

Brayton, the pre-race favorite managed only sixth after a crash in the final. Then in his opening heat on Saturday in front of a sell out crowd in the Palexpo Stadium Musquin finished second to American Malcolm Stewart after a serious one on one dash to the finish.

Brayton was the winner on the night but had to relinquish his King of Geneva title to Musquin whose 1-2 was enough to take the prize. It was Musquin‰Ûªs only appearance in the European events this season.

"Beating Brayton, Hahn and Stewart, for sure it is a victory that will count in the United States,‰Û