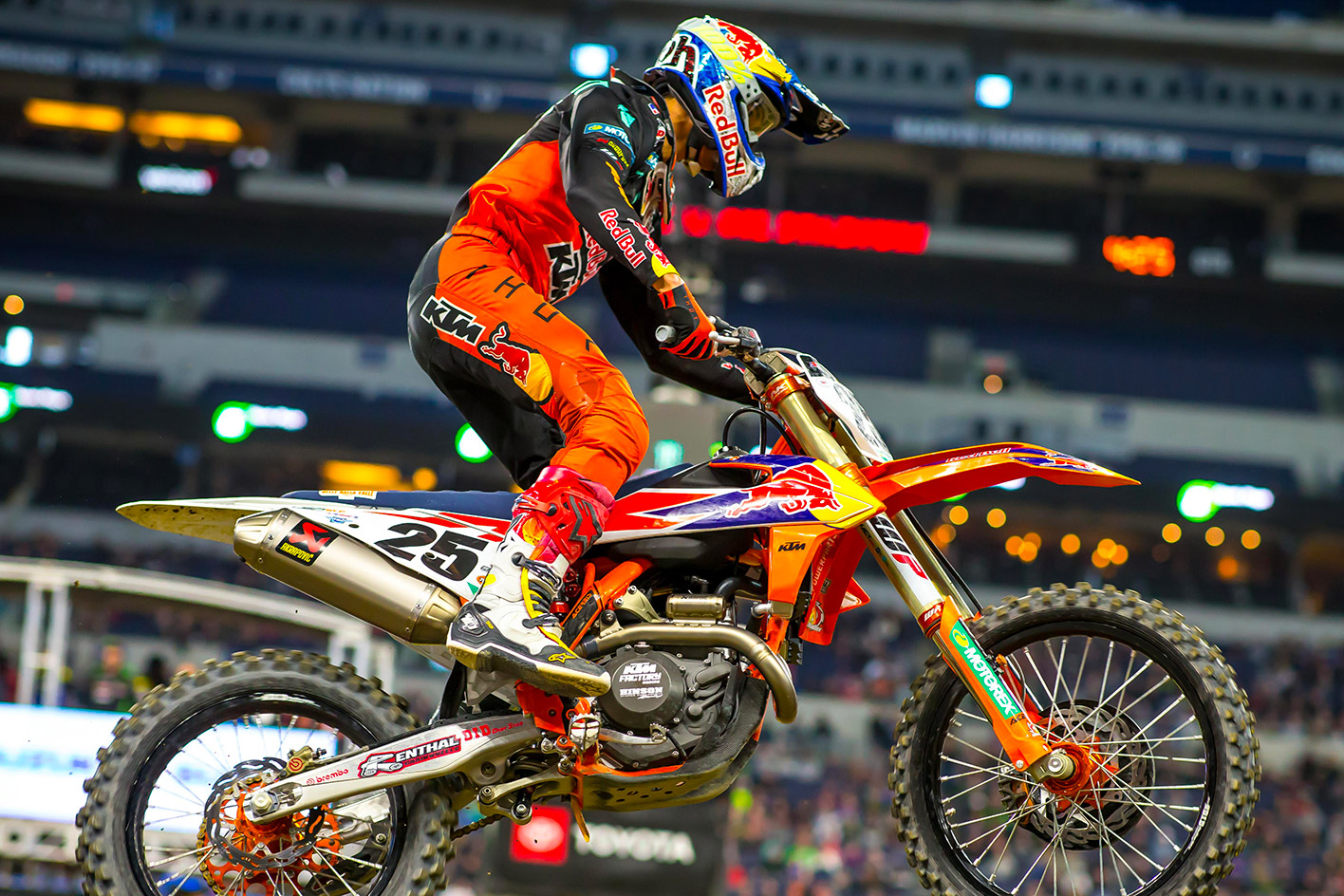 Marvin Musquin led the 450SX class from start to finish. Photo: Feld
Marvin Musquin and Austin Forkner have taken the wins in the 450SX and 250SX classes respectively at round eleven of the Monster Energy AMA Supercross Championship at Lucas Oil Stadium - Indianapolis.

The always fast starting Blake Baggett led lap one of the second 450SX heat with championship leader Cooper Webb and the fastly improving Zach Osborne in tow. Osborne dropped down the order though after a mistake which allowed the fastest qualifier Joey Savatgy into third while Aussie Chad Reed held fourth. Baggett held the lead but succumbed to Webb and then Savatgy. Reed held onto fourth ahead of SmarTop Bullfrog Spas MotoConcepts Honda's Justin Brayton in fifth.


Mike Alessi led the LCQ from start to finish to make his way into the night's main event along with Ben Lamay, Kyle Chisholm and Adam Enticknap.

The 20 lap main saw Musquin dominate as the Red Bull KTM Factory rider went unchallenged to lead every lap and take a resounding win. Rocky Mountain ATV's Blake Baggett rode a strong race to demote Webb and Tomac and grab the second spot while Cooper Webb made his way through the field after concluding the opening lap in fifth to eventually cross the line third after getting by Eli Tomac, who was a distant fifteen seconds adrift.

Barcia finished fifth after sitting out the last couple of rounds due to a concussion while Savatgy and Osborne crossed the line within a few seconds of each other in sixth and seventh. Ken Roczen had a disappointing main event finishing 42 seconds adrift of Musquin in eighth. Dean Wilson and Justin Brayton rounded out the top ten. Chad Reed staged a strong comeback to eleventh after starting dead last.

‰ÛÏIt‰Ûªs always a tough track here in Indy, but it‰Ûªs always been good to me," Musquin said. "I won twice on the 250 and now twice on the 450, so obviously I love coming here. I thought about it coming into the weekend and, you know, I won here last year so I was excited for the racing and I think it showed tonight.‰Û 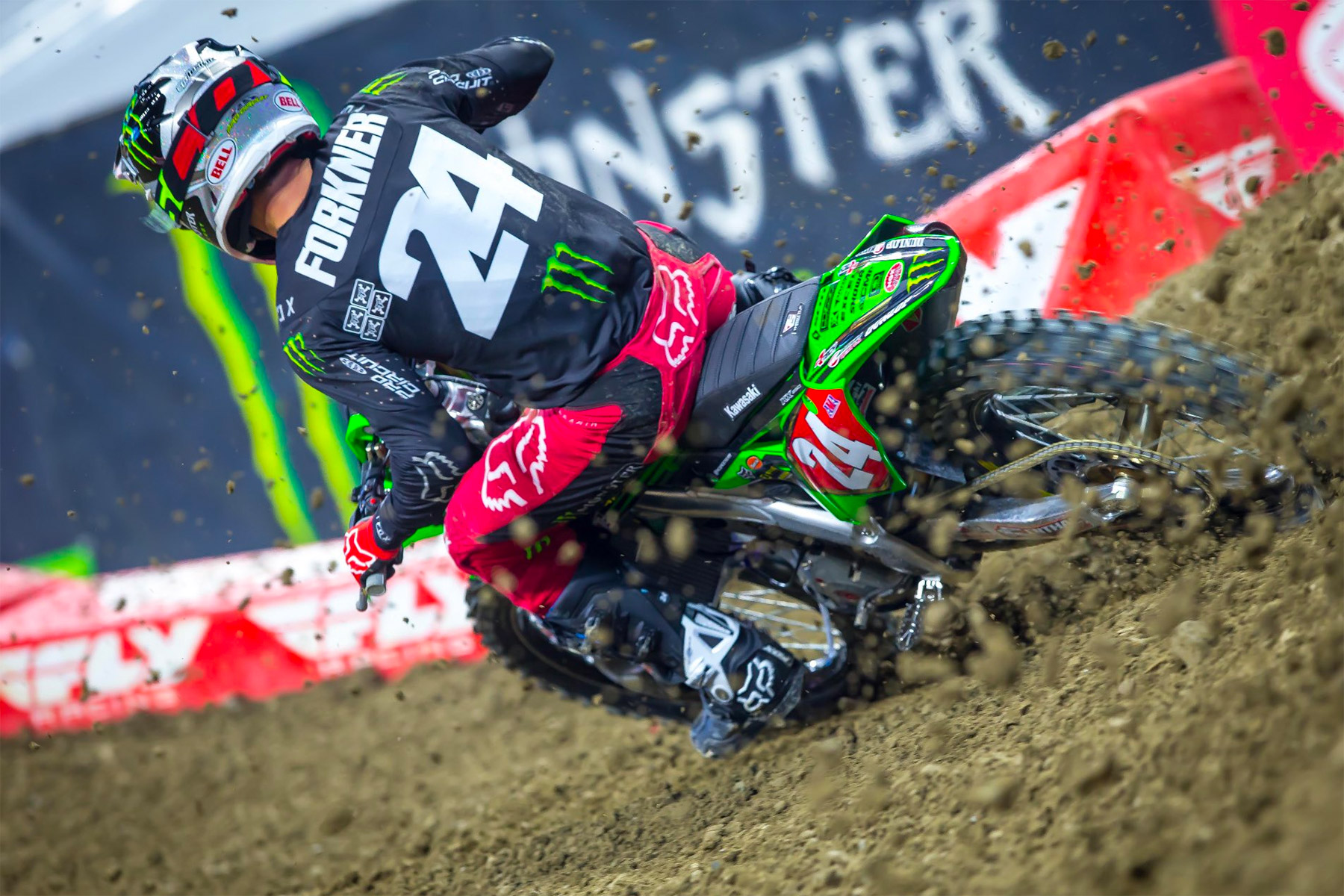 Heat two saw JGR Suzuki's Kyle Peters show the way in the opening lap after fastest qualifier Austin Forkner crashed before the conclusion of the opening lap and dropped to the back of the field. Justin Cooper and Martin Davalos ran second and third. Davalos worked on Cooper for second while Peters maintained the lead. By mid-race Forkner had worked his way back into a qualifying position in seventh. Davalos and Cooper were on a mission and passed Peters on the last lap with Cooper grabbing the win over Davalos. Forkner fought his way back to fifth to minimise the damage of his early race crash.


After exploding out of the gate in the fifteen lap lead it was all about Austin Forkner, the championship leader put on another display of perfection as the Monster Energy Kawasaki rider led every lap to take another round win and extend his lead. Chase Sexton had to play second fiddle as he circulated in second for the duration. Davalos and Oldenburg battled for the final podium spot early on before Justin Cooper moved onto the scene. Cooper worked hard to get by Peters, then Oldenburg and Davalos to grab the final podium place.

‰ÛÏI have been really confident with my starts that it didn‰Ûªt matter my gate pick,‰Û 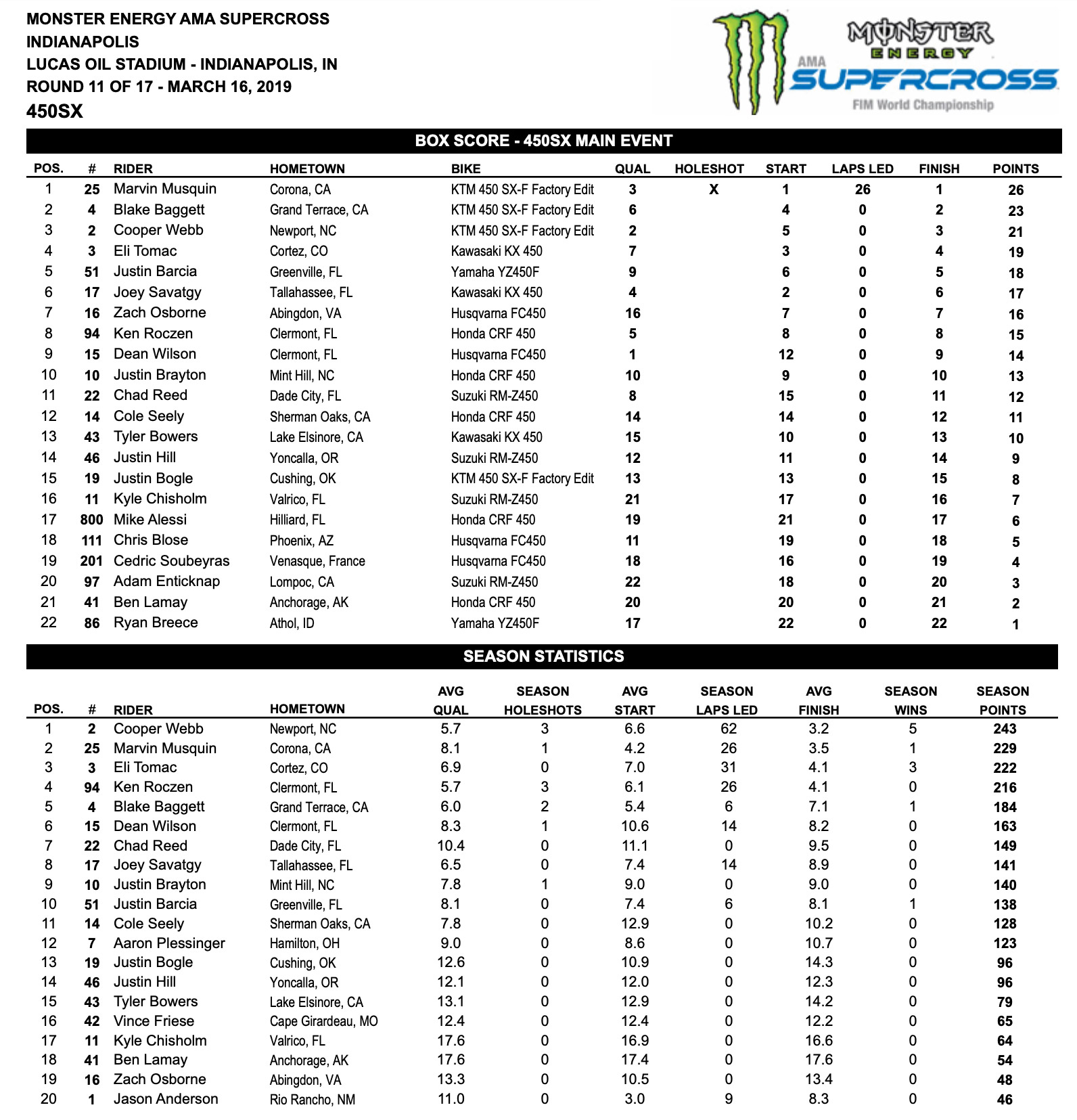 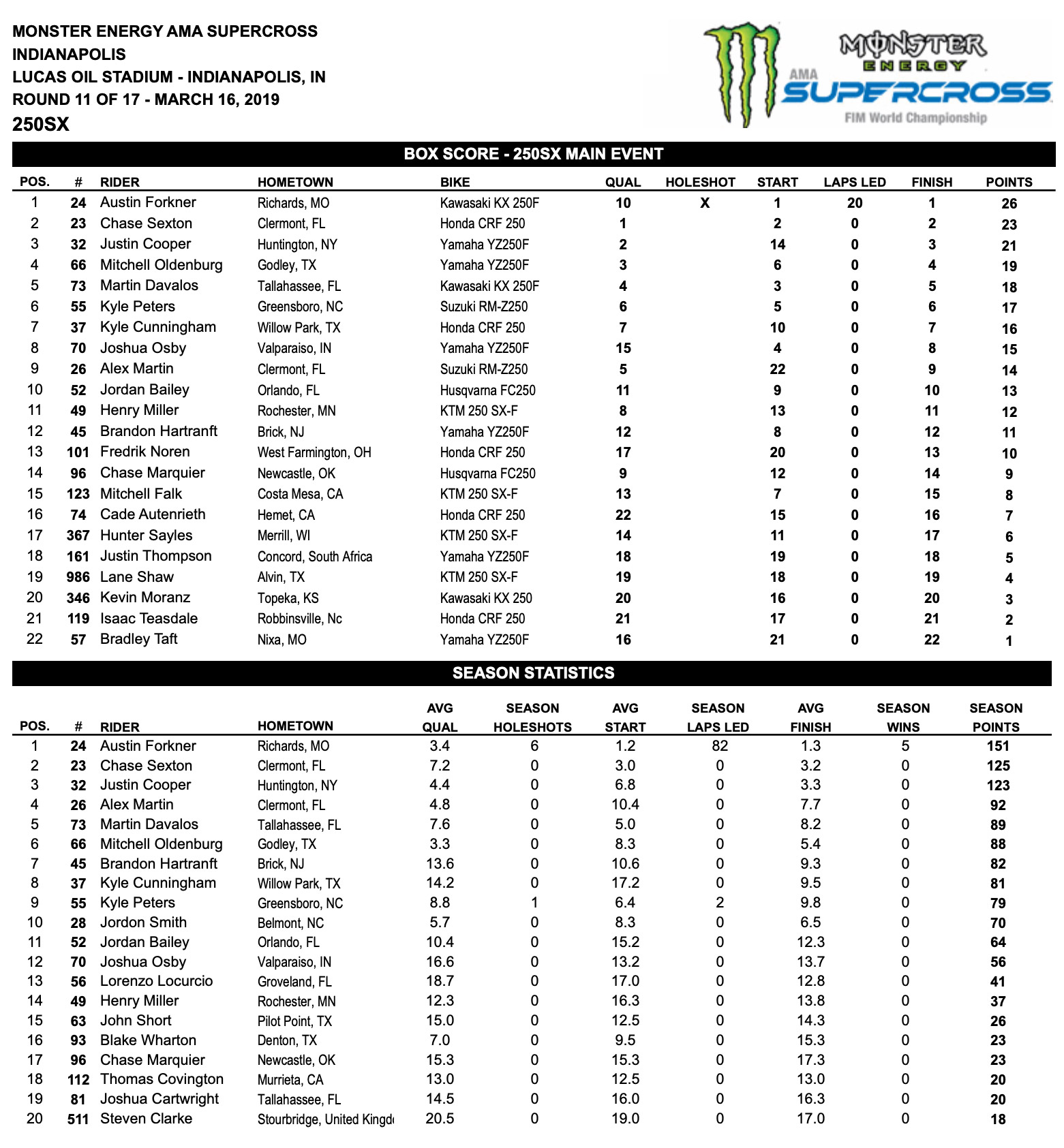