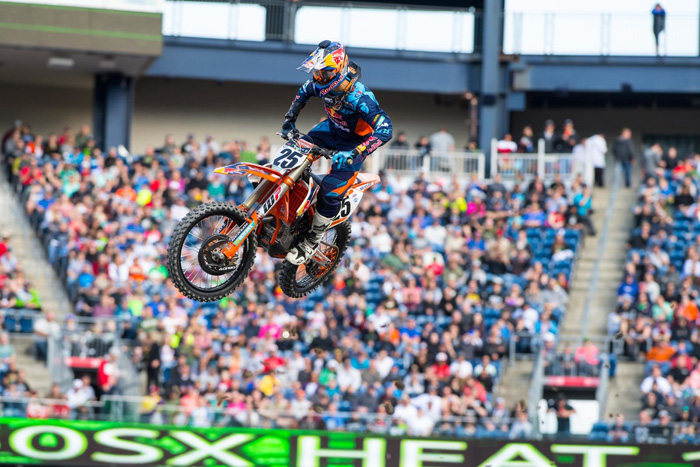 Each AMA Rookie of the Year honor is awarded to the eligible rookie rider in Monster Energy AMA Supercross, an FIM World Championship, who has earned the most points in each class. Musquin competed in the 450SX class, while Frye raced in the 250SX class.

"Marvin and Alexander made the most of their rookie seasons by displaying that they have the speed, agility and desire to rise to the top of the ranks amongst a tough field of competitors," said AMA Supercross Director Kevin Crowther. "We congratulate them for their exceptional performance in 2016. Their persistence and desire to work hard will certainly lead them to excel in AMA Supercross."

Musquin, from Corona, Calif., took seventh place in the 450SX championship points. He secured five podium finishes during the season. Even after sitting out the race in Indianapolis, he was able to clinch the most points for the year among rookie riders. Musquin also was the 2015 250SX East champion.

Frye, from Huntingtown, Md., finished 14th in the 250SX East point standings, quite a feat for a rookie who faced stiff competition from a field of veteran riders. He was able to qualify for all the main events, except the finale in Las Vegas. Frye crashed in the heat race and was unable to qualify.