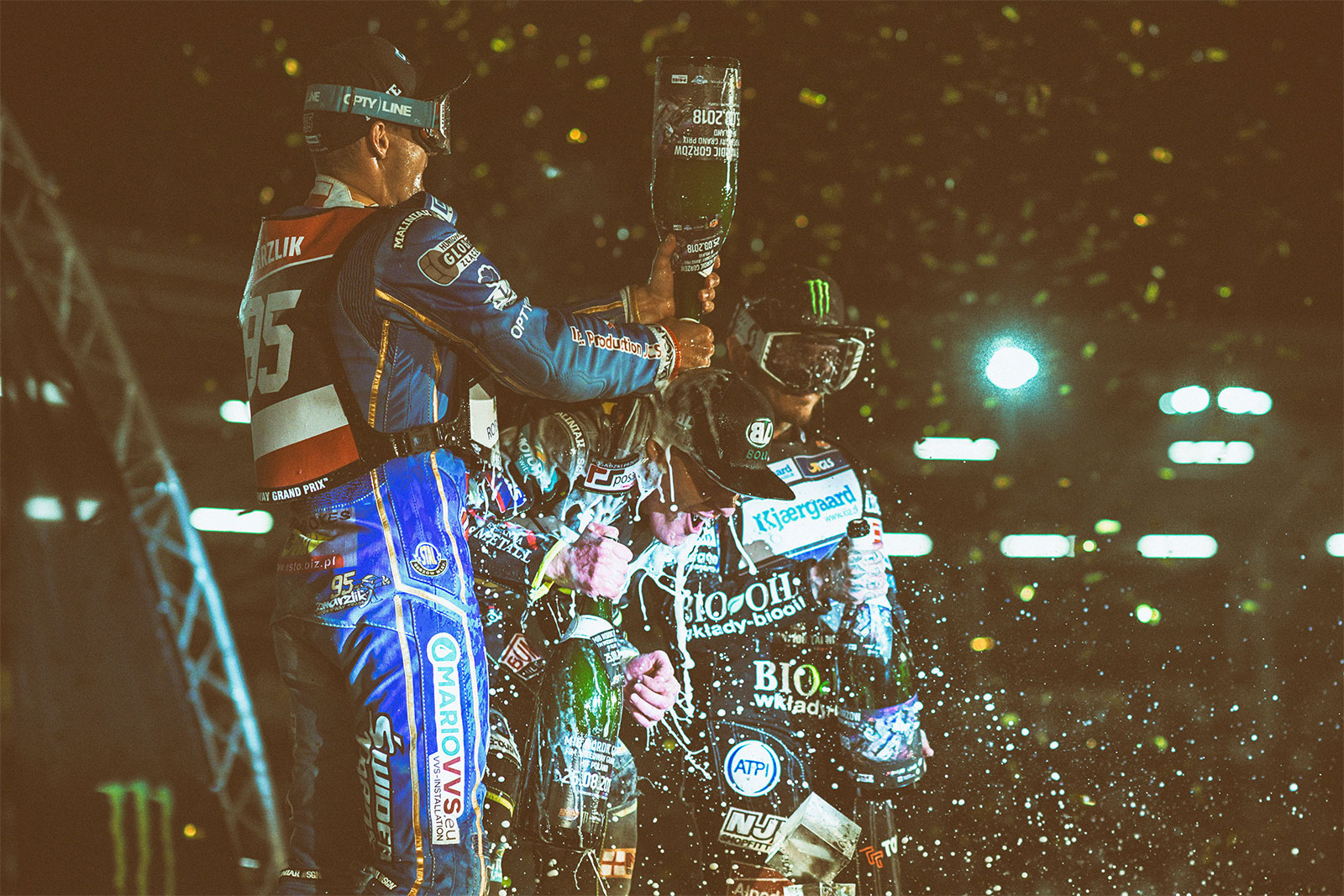 Slovak star Martin Vaculik admits he‰Ûªs pleased to get his mind back on the job after defying his ankle-injury battle to top the MIB Nordic Gorzow FIM Speedway Grand Prix of Poland podium on Saturday.

Vaculik, who won in Gorzow on his SGP debut in 2012, beat home hero Bartosz Zmarzlik, Tai Woffinden and Patryk Dudek in the final, swooping past his Gorzow team mate with an epic move on lap two.

The Zarnovica-born racer is celebrating his second final appearance of SGP 2018 after finishing fourth in Malilla on August 11, and he‰Ûªs very much back on form after a painful start to 2018.

Vaculik was sidelined for two months when he suffered a badly broken ankle on his SGB Premiership debut for Leicester at Swindon on April 12.

With his tibia and talus bones piercing the skin, he required two operations lasting over 12 hours in total to fix the damage.

After completing an incredible turnaround to claim the third SGP win of his career, Vaculik admitted he was just happy to be able to give speedway his undivided attention again after months of rehab.

‰ÛÏI am very happy. Always when sportsmen win, it is a fantastic feeling," Vaculik said. "I‰Ûªm very happy I can now be 100 percent focused on racing and not other stuff. I‰Ûªm just enjoying the moment and enjoying my racing. I‰Ûªm enjoying everything. Every win is fantastic.

‰ÛÏI‰Ûªm a Stal Gorzow rider and my experience from this track paid today. I‰Ûªm very pleased about that.‰Û