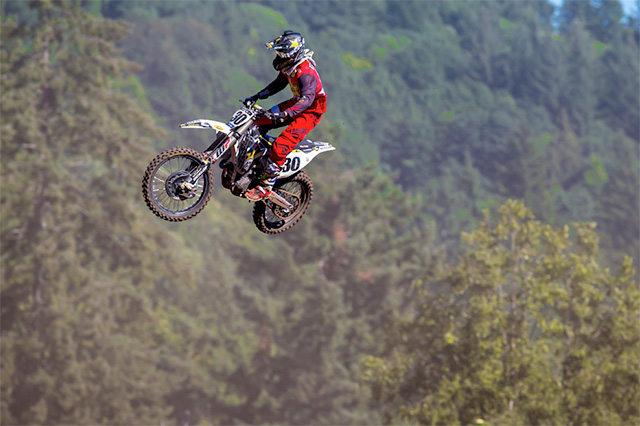 Martin Davalos had a successful day at the ninth round of the Lucas Oil Pro Motocross Championship held at the Washougal National in Washougal, Wash. on Saturday, earning his first career 450 podium.

The Rockstar Energy Husqvarna Factory Racing team rider got an excellent start in the first 450 moto and immediately started going after the lead. He put on a charge and stayed on leader Marvin Musquin, waiting for his opportunity to strike. He continued to charge before getting passed in the whoops and eventually went back to fourth in the third lap. He kept his head down and finished fourth.

He pulled the holeshot in the second moto and held his ground until moving back to second in the third lap then third in lap four. Still in overall podium territory, he rode hard to stay near the front of the pack and finished an impressive third. The strong ride gave him 5-3 for third overall and his first 450 career outdoor podium, and his first podium finish in over nine years. 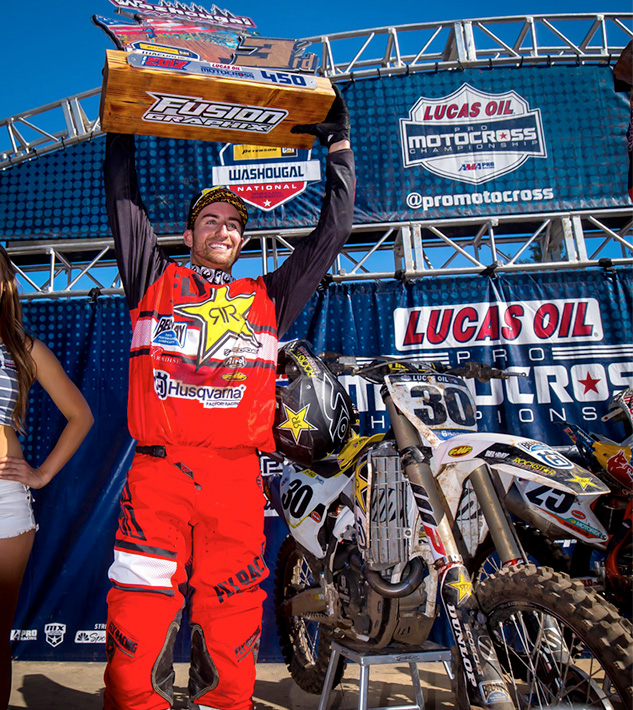